This Was Not a Failure on My Part

A couple of nights ago, the Man-Cub was inducted into the National Technical Honor Society and I wasn't there to see it. That's ok, neither was he.

Our invitation somehow got lost in the mail and we weren't even aware that he had been selected for the honor until BCPE called me in a panic after the ceremony, wondering where I had been. She was seriously pissed on our behalf when she learned that we had been left off the list, or whatever the hell happened.

Anyway, the Cub was able to pick up his certificate and the swag that came along with it at the school yesterday, so, while he missed the ceremony, he received the honor. 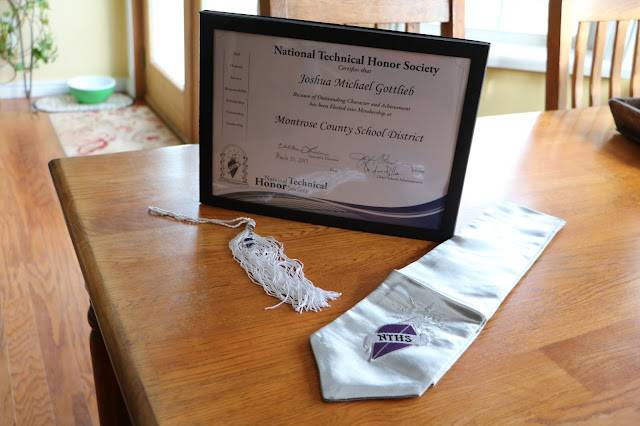 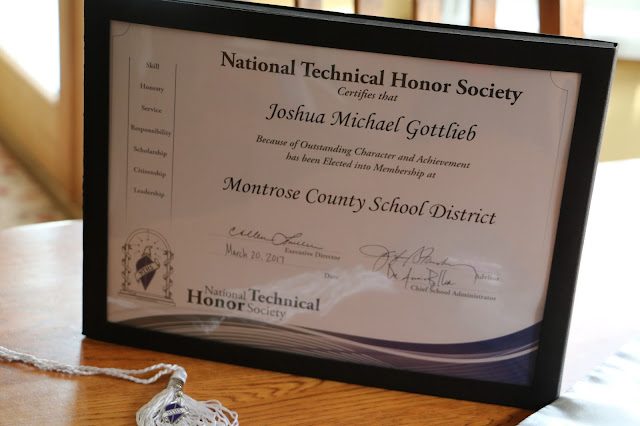 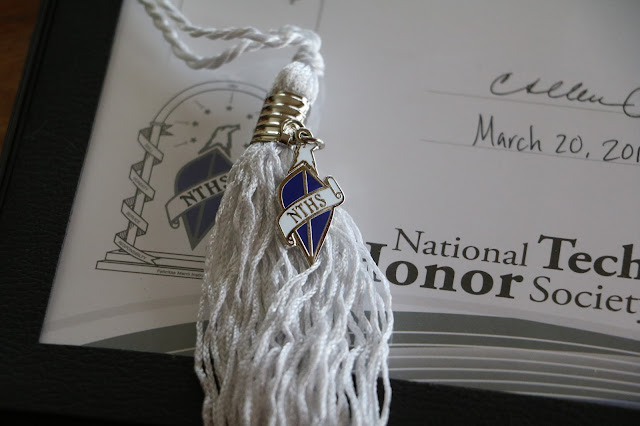 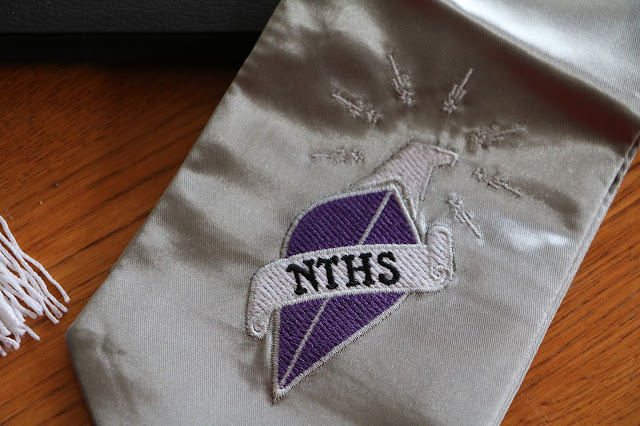 It goes without saying that we are ridiculously proud of this kid. It also goes without saying that, between his National Honor Society cord, his National Technical Honor Society sash, and the numerous tassels that he has been awarded (not to mention the one that comes with his cap), he is going to be stylin' come graduation day. I can hardly wait.

Still proud, though.
Posted by Chelle at 6:50 AM