It's a Major Award!

We just got back from the Man-Cub's last basketball banquet; I'm sure you already know that I am sad, so, I'll spare you any further mention of that.

Instead, I will tell you how ridiculously proud I am of this kid. 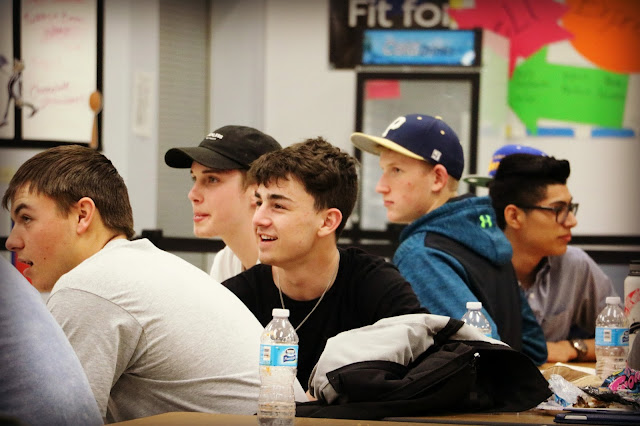 Coach gave a short speech about each of the boys; when it was the Man-Cub's turn at the podium, Coach started by saying that, if there were an award for courage, the Cub would win, hands down because he was 2nd in the league in the number of charges that he took.  Now, I knew the kid spent a lot of time on his back on the court, but I had no idea they actually kept that stat.

Coach went on to say more nice things about the Cub and then he awarded him with an Academic All State First Team certificate. First Team. 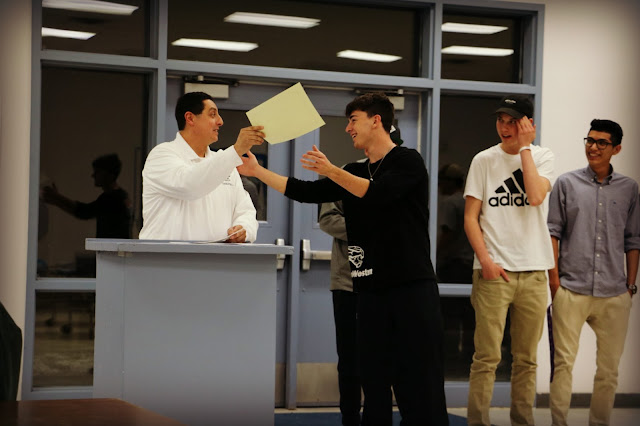 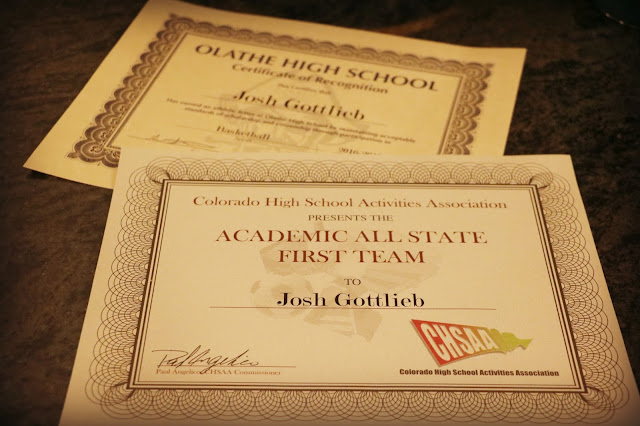 The pride I feel almost takes the sting out of it being the Cub's last basketball banquet. Oh, wait...I said I wouldn't mention that.

How about another picture of the smartest person currently living in my house. 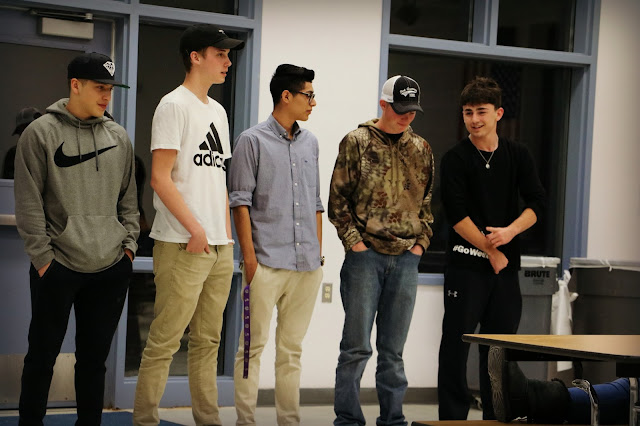 That's him, the last one on the right. Handsome and smart!
Posted by Chelle at 8:46 PM