The Man-Cub left at the crack of dawn to travel to a tournament in Colorado Springs. I had been planning to go, but, with Hugh out of state at yet another wrestling tournament and Rowdie Dog in need of twice-daily medication as well as a laser treatment at the vet's today, it didn't make sense for me to be away.

So, while I was seriously bummed to be missing anything for the Cub this year, I knew that I had to make the sacrifice for my furry buddy.

Then! The Cub called to say that today's games had been cancelled on account of snow, anyway, so it seemed like the Fates were trying to assuage my guilt; thanks, Fates!

I made the most of the unexpected free time on my hands by working on decorations that I will need for the Cub's Senior Sports Banquet table and on the surprise gift that I am making for him and his fellow senior baseball players; I'll share those things at some point closer to the banquet. In the meantime, I'll share the bracelet that I made out of one of the game balls that the Cub pitched in a recent game (Hugh was drafted into service to hunt down the ball after a batter popped it foul over the fence and into the nearby parking lot. It's unclear if keeping the ball, rather than returning it to the hosting team's dugout, was kosher or not. If not, I plead ignorance, please don't judge me!).

I made it based on instructions that I found on YouTube, and, while I would tweak a few things on the next one (Yes, I very well may send Hugh out after another rogue ball. It could happen), I still think it turned out quite well. 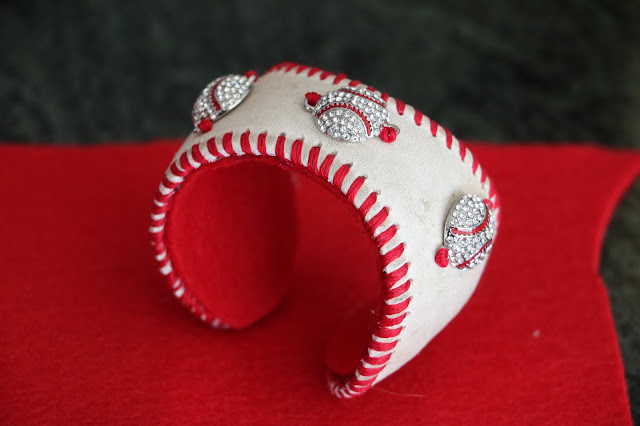 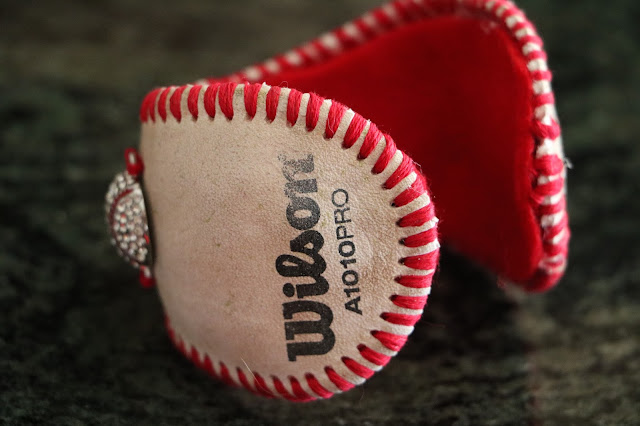 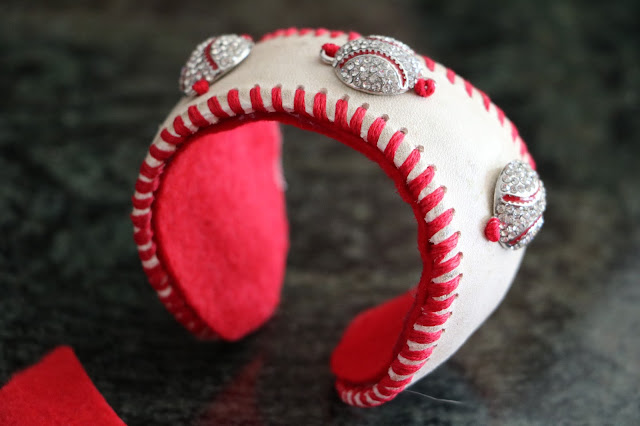 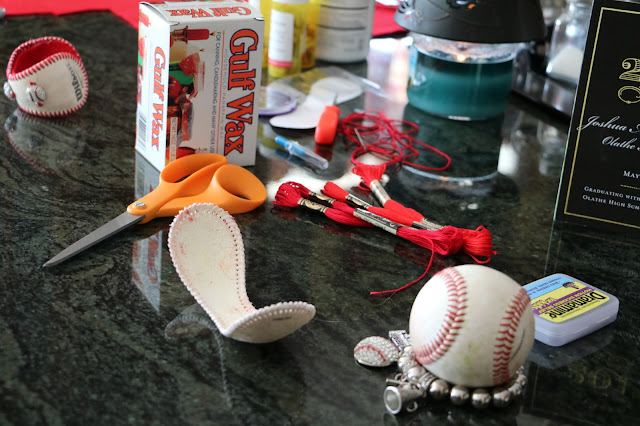 Now I just need to get the Cub's autograph on it. That'll make it officially awesome.
Posted by Chelle at 7:09 PM