Last night, I made a valiant attempt to catch up on the crafty things that I need to finish this month. I was making headway, too, until Rowdie realized that I was no longer within his line of vision, at which point he limped pathetically into my office from his usual spot near the back door in the living room and threw himself at my feet, begging for an ear scratching. 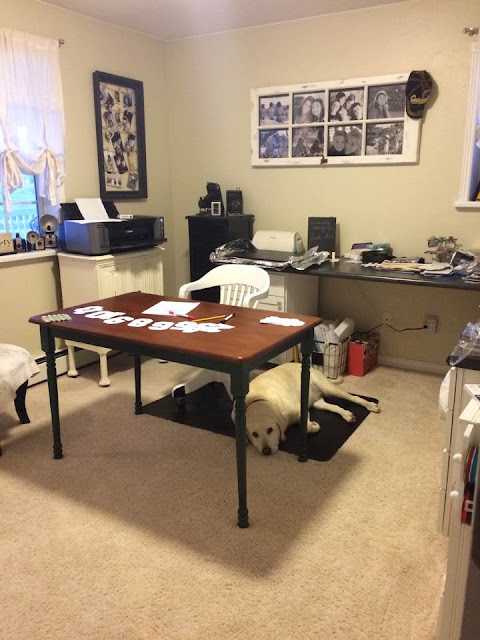 With the big yellow dog tucked peacefully under my feet, I resumed my work, just to have Finnegan attack me from under the table, before running from the room like a bat out of hell.

Then, not wanting to be left out, Guinness lept onto the table and settled in right on top of everything that I was working on, at which point I just gave up and called it a night. 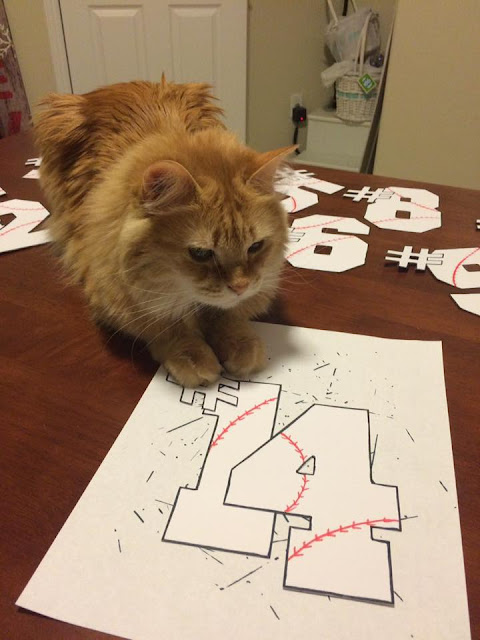 Maybe I'll get to work on it again tonight. Maybe I won't. It's a total crapshoot over here.
Posted by Chelle at 6:48 AM