I'll Take My Promposal Adorable With a Side of Awkard, Please

The Man-Cub's senior prom is seventeen days away; that's like, two weeks and three days. Ok, that's exactly two weeks and three days, what's my point? My point is, before six o'clock this evening, I was sweating major bullets about the Cub's ability to procure a date to said prom. Why was I so nervous? Because, despite having a "pretty good idea" that the girl he wanted to take was on board with the plan, he had yet to officially ask her, and, if you know anything about teenage girls in 2017, you know that they like to be asked in a big way, hence the recently coined term "promposal".

The Cub's promposal actually went pretty well for a shy guy with absolutely no game; he relied heavily on Kenzie, his ever-faithful wing man, to have his back, and, between the two of them, they managed to surprise the young lady with a sign made by yours truly (what? You didn't think the Cub was going to do this on his own did you? It takes a village, my friends!). The sign was apropos for the situation, given that the potential date plays softball, and, the Cub asked her after  his own baseball game. It doesn't get much cuter than that. 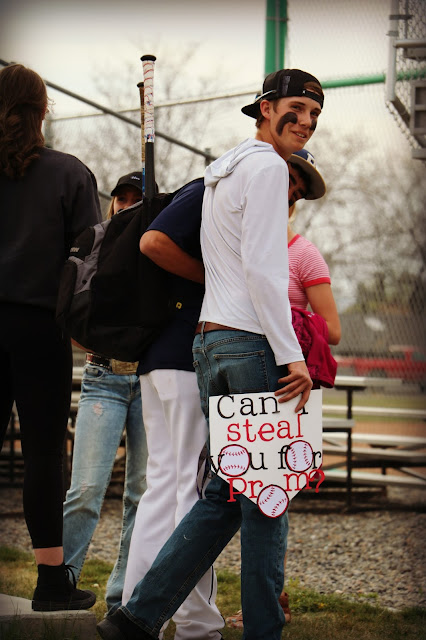 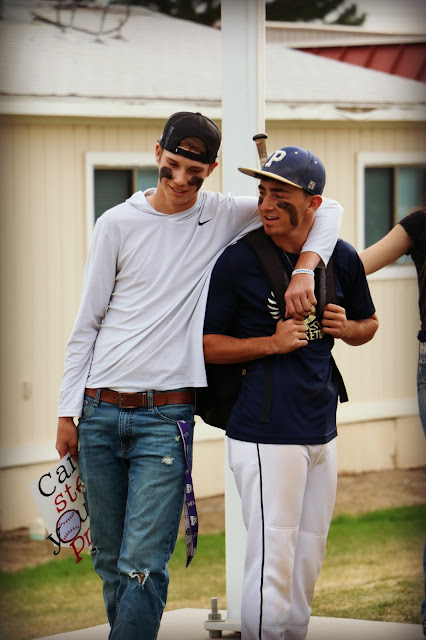 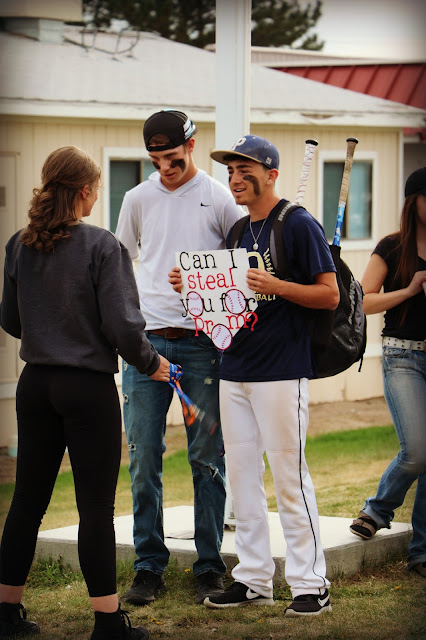 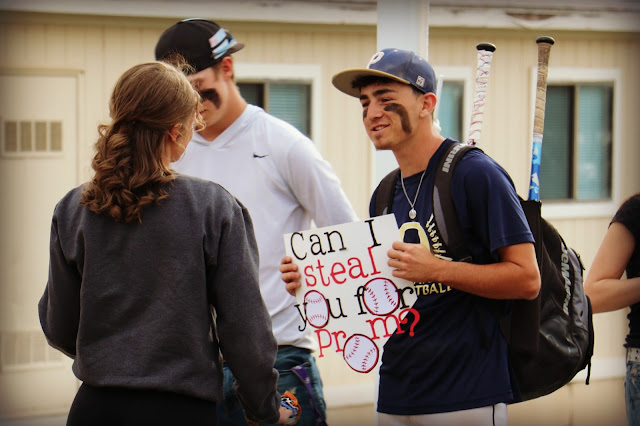 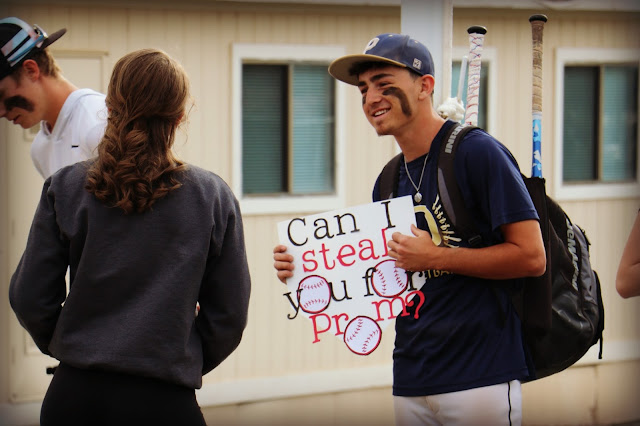 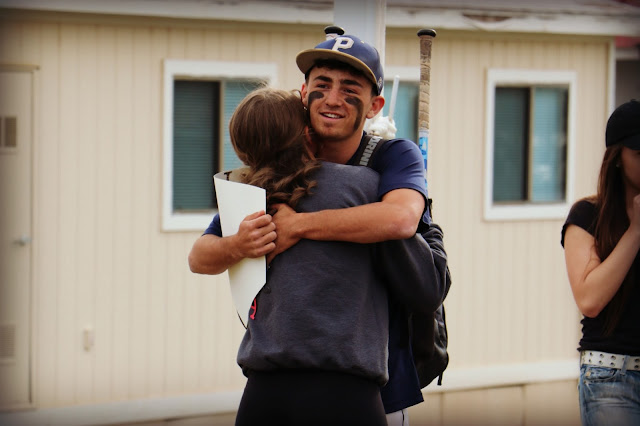 And, despite the Cub's inherent awkwardness, the young lady said yes, so, I guess I can stop holding my breath about the whole prom thing. 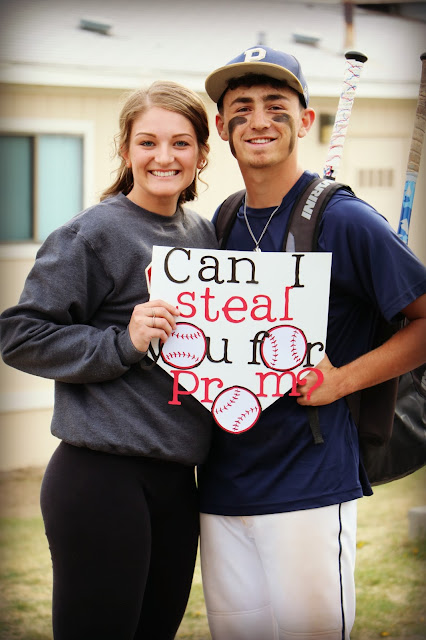 You know, except for the part where we still have a tuxedo to rent, a corsage to order, and a dinner to plan. Details, friends! Details.
Posted by Chelle at 7:47 PM