The boys made a clean sweep of yesterday's double-header. They won the first game 16-1, shutting down the game in the fifth inning, and they won the second game 11-1, also ten-run-ruling them in the sixth inning.

Kenz pitched the first game and he was nearly perfect. In addition, he hit our first grand slam of the season. It was awesome. 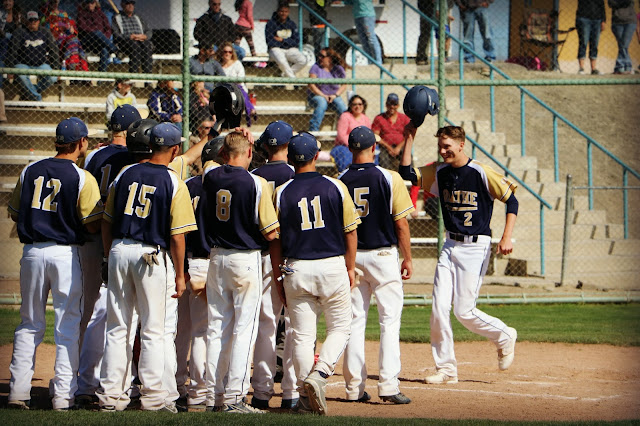 The Man-Cub pitched a nearly perfect second game, with the outfield backing him up with some impressive defense. This is the way the boys should always play. 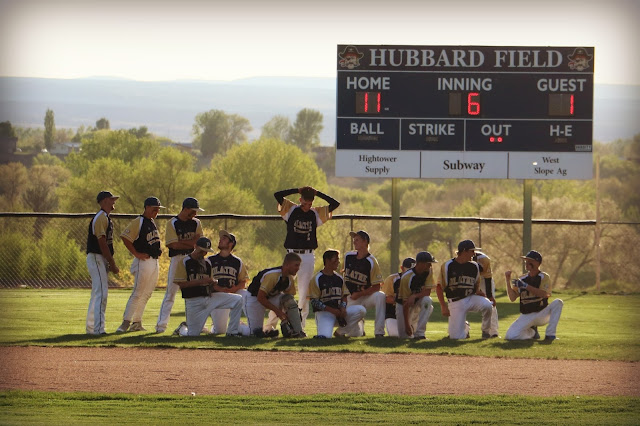 In a perfect world, you know.

Between games, I presented the seniors with the boards that I made for them a while back (more on how to make them in another post). Several moms cried, which, was not my intention, but, also not totally unexpected. We will miss watching these boys play once the season ends next month. 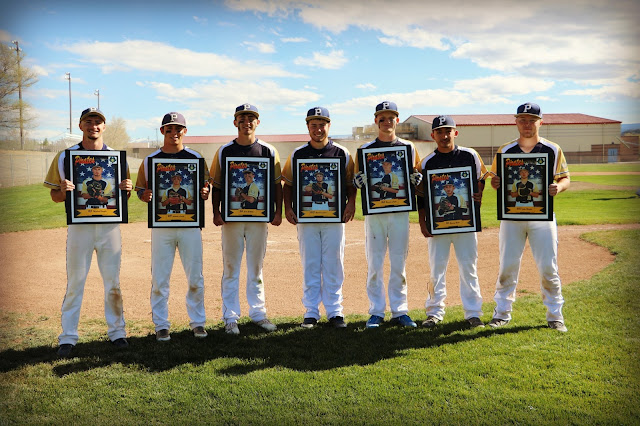 In the meantime, we will hope for more games like yesterday's; winning totally takes the sting out of letting go.
Posted by Chelle at 9:37 AM