Two days until the Man-Cub graduates!

Two days before I am, officially, no longer the parent of a kid attending high school.

Two days before I can sit down, catch my breath, and reflect on the past sixteen years as a chauffeur, school volunteer, classroom party planner, sports mom, etc., etc., etc.

In the meantime, we still have the Cub's party to get through, and, of course, the graduation ceremony. We also have a number of parties to attend for friends of the Cub (whose parents have become our friends, in case I haven't said it before), and, on Monday, the class's sober grad party, which we are hosting at a swanky golf course outside of town.

I'm still going to be pretty busy for awhile, is my point.

But! I'm not too busy to talk about some of my current favorites, so, here we go! 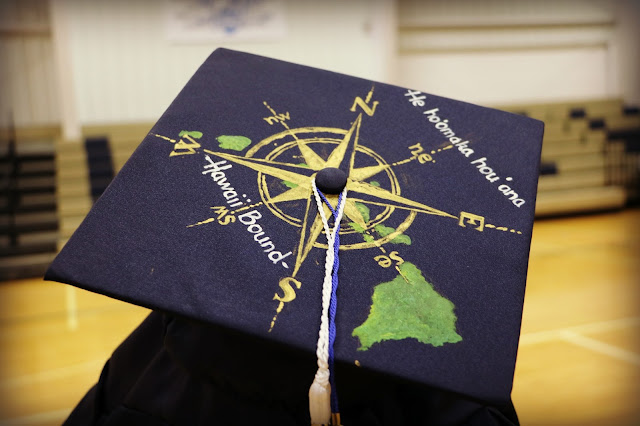 The Man-Cub's graduation cap turned out amazing! He designed the artwork and then one of his football coaches-who happens to teach Spanish at the school as well as being an incredible artist-painted the design onto the cap. The Hawaiian phrase at the top, he ho'omaka hou ana, translates into "a new beginning".

Speaking of graduation caps, Trace and Mikey did a great job adding their own personal touches to their caps... 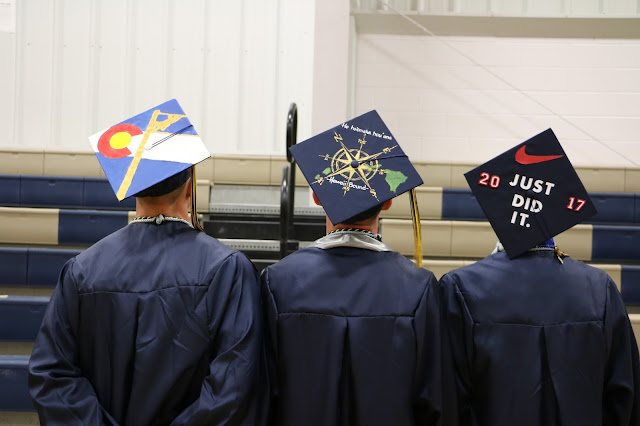 ...as did several of the girls in the Cub's class, this one was my favorite at Baccalaureate... 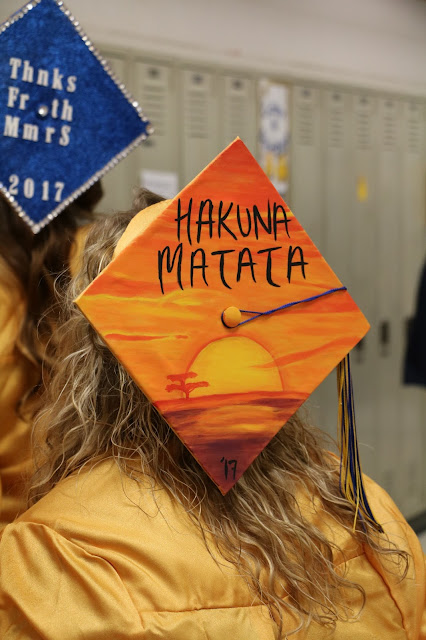 Not all of the kids had their caps decorated at Baccalaureate, so I am looking forward to seeing even more cool designs at graduation.

We have received numerous graduation announcements from the Cub's classmates and from friends from out of town. I wanted to display them all, so I came up with this... 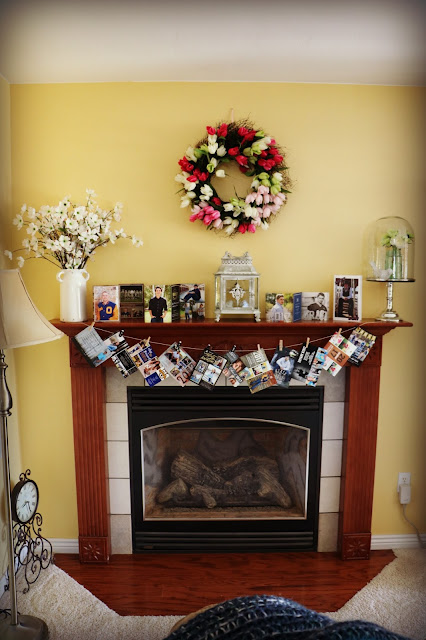 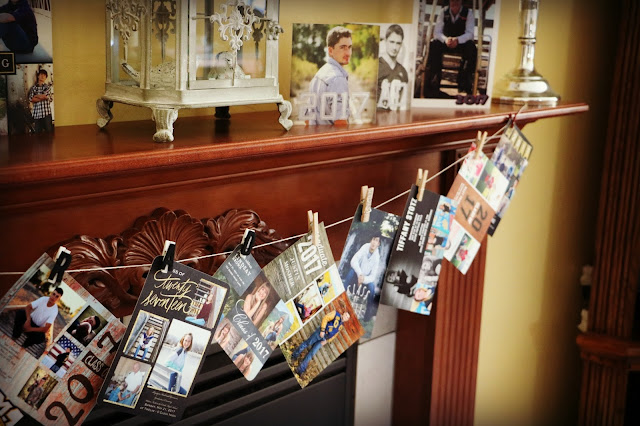 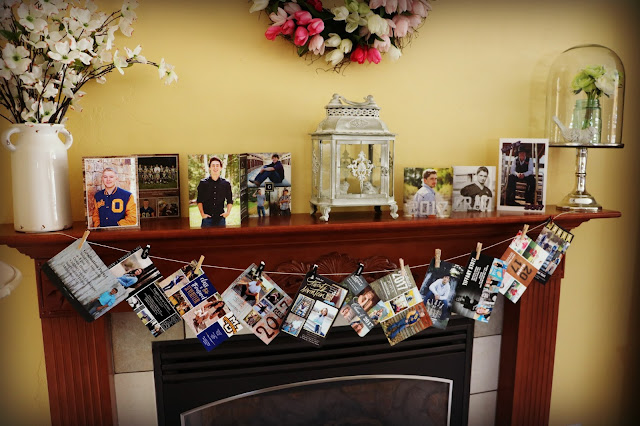 I love it! I'll be sad when graduation is over and it's time to take it down.

And, speaking of graduation announcements, I don't think I ever posted a picture of the Cub's. What a tragic oversight! Let me remedy that situation, immediately. 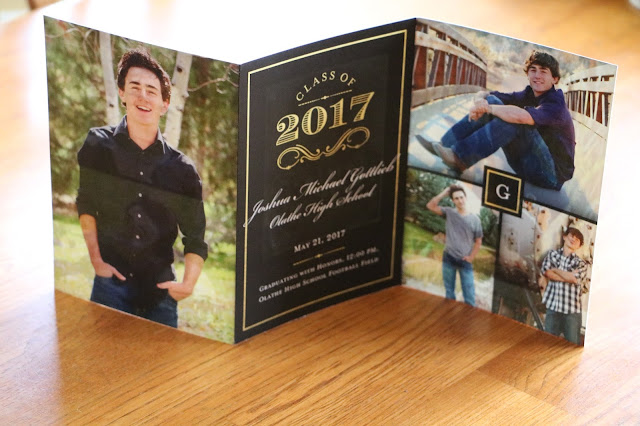 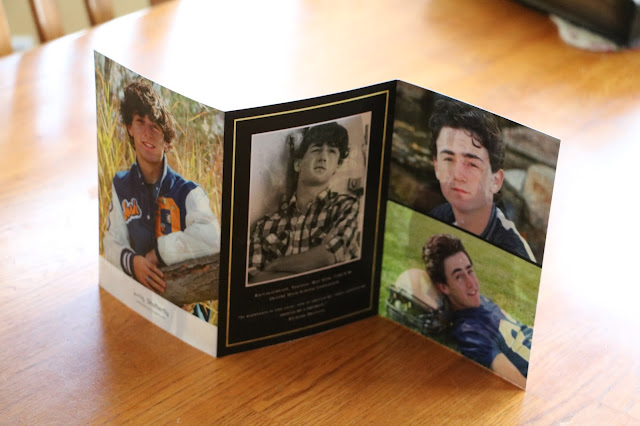 They turned out great, I got them at half-price, thanks to a deal that Shutterfly was running, and I had a code for free shipping; can't go wrong with a deal like that!

While I was ordering the announcements, I figured, what the hell; can't beat this price for party invitations, so, I ordered some for the boys' graduation party as well. They also turned out great. 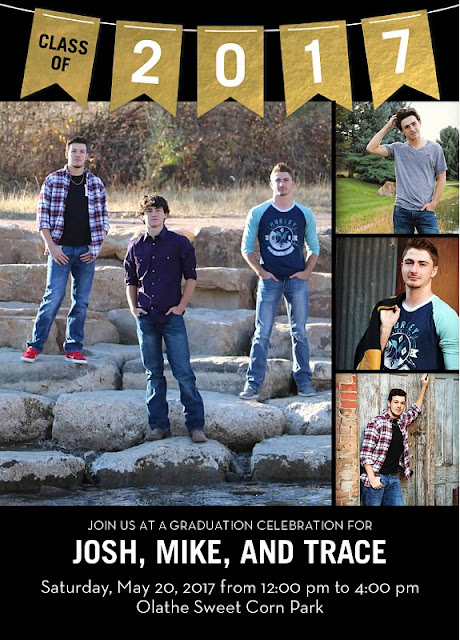 The Cub spent a Sunday afternoon folding, stuffing, sealing, and stamping his announcements before handing them over to me to address, which, I did only because he has the handwriting of a serial killer and I thought the postman might need to be able to actually  read the addresses in order to deliver the mail. 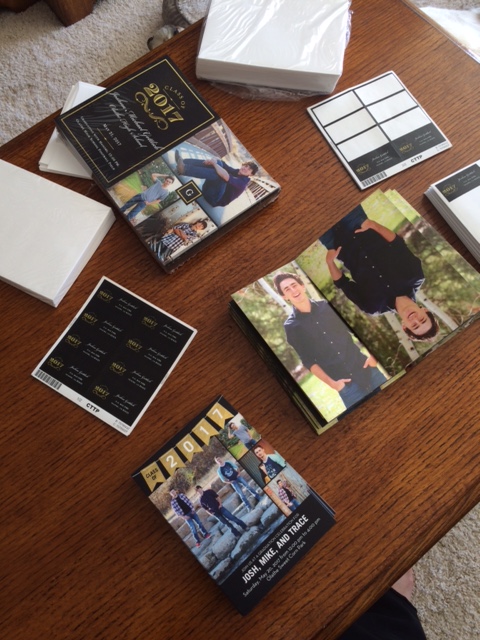 And, that wraps up this week's favorites! Tune in next week when I either cry over how emotional graduation was or squee with excitement over our upcoming vacation; with my hormones lately, it's a crapshoot as to which one it will be.
Posted by Chelle at 2:52 PM