This Is What a Final Project Looks Like in Shop Class

Last night, the Man-Cub and his friends converged on the school to pull off the traditional Senior Prank. They had plotted and planned and, in my opinion, came up with something so diabolically clever, they really should consider a career in pranking.

Anyhoodle, armed with an old junker car, a welding torch, and the skills they learned in metal shop, the boys managed this... 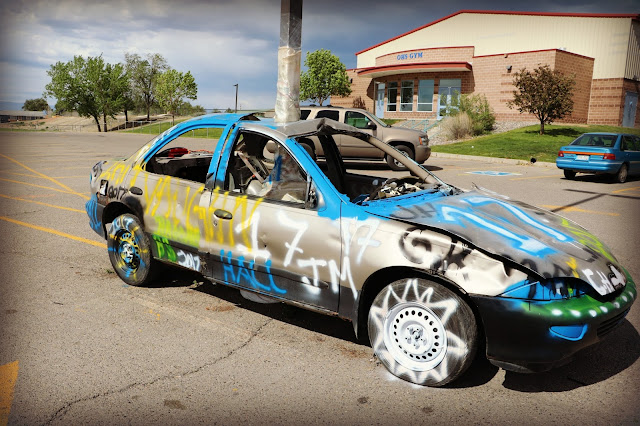 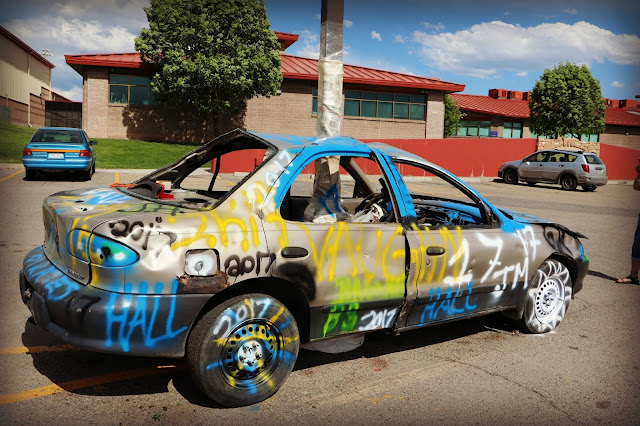 ...which, probably doesn't seem too terribly impressive until you pan out a bit... 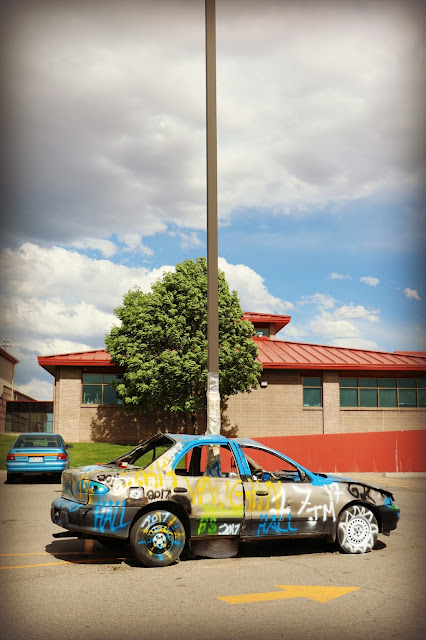 ...and, yes, it really is welded completely back together around that light pole.

I think my favorite part is the fact that they took great pains to protect the pole from both the sparks caused by the welding and the paint with which they sprayed the car once it was in place; they must have purchased the Saran Wrap in bulk. 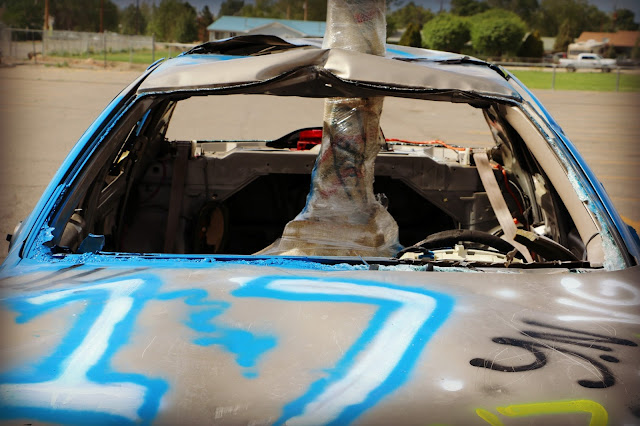 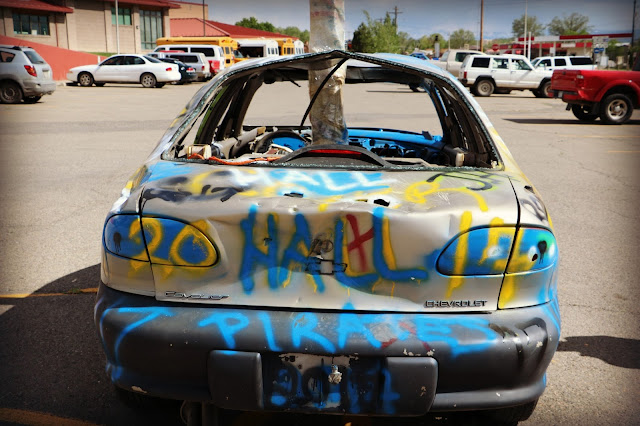 I also love the fact that they got permission from the Principal prior to the prank. And, by got permission, I mean that they explained what they planned to do and the Principal laughed and said, "Yeah, sure you can", with a dismissive shrug because, apparently, he has never met this particular group of boys and didn't realize what they are truly capable of doing once they set their minds to it.

Bet he realized his mistake right quick once he got to school this morning.

So, chalk one up for the Seniors, And, kuddos to the shop teacher, because, if he ever doubted his ability to mold the minds and talents of his students, this should be proof positive that he needn't have.
Posted by Chelle at 4:54 PM