Last week's challenge to get through the heartache over losing Rowdie Dog, combined with the sheer volume of events that demanded our time, left me tired, dazed, and slightly confused (Right now you are thinking "How is this any different than your usual state of being, Chelle?" and, I forgive you).

I feel like I missed out on documenting a lot of the detail that went into both the Senior Sports Banquet and Prom, which, is a shame; both events featured some wicked cool details.

I am going to document a few of the fun things that I did for the banquet, because, I really enjoyed making them, they turned out really well, and, because this is my blog and I'll brag if I want to (sung to the tune of It's My Party and I'll Cry If I Want To; you're welcome for the earworm).

I'm talking about these vases, that I made for the flower arrangements for the Cub's table: 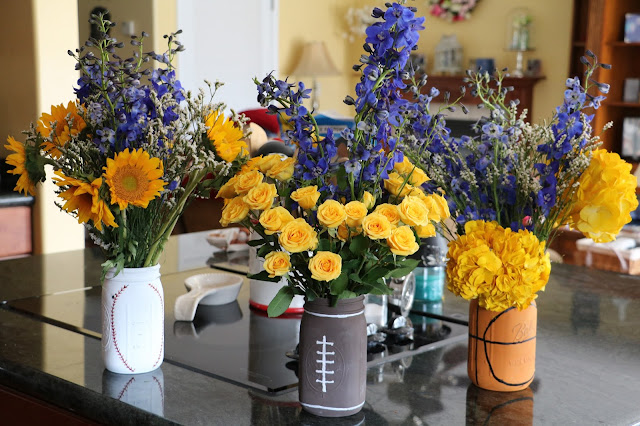 I got the idea from Pinterest (of course), and, they were really simple to make, using supplies that I already had on hand, for the most part, including: 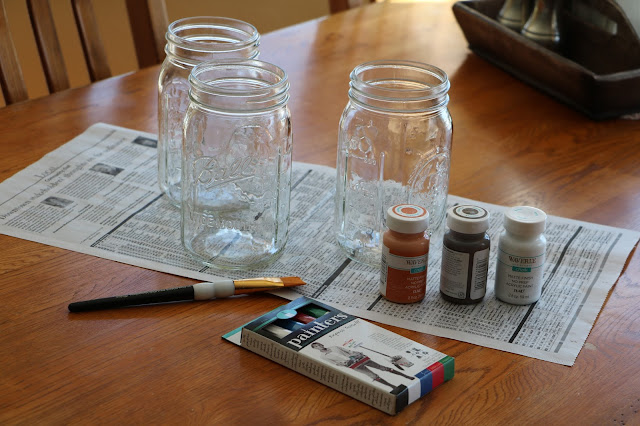 Mason jars, orange, white, and brown chalk paint (I used Waverly brand, which I found at the Hellmouth (that's Walmart, to you and me)), and red, black, and white paint markers (also from the Hellmouth), and fine grit sandpaper.

The process was pretty straight-forward: wash and dry the mason jars, paint, let dry, paint again, let dry, distress slightly, using sandpaper, and draw on the lines representing the seams on a football, baseball, and basketball. 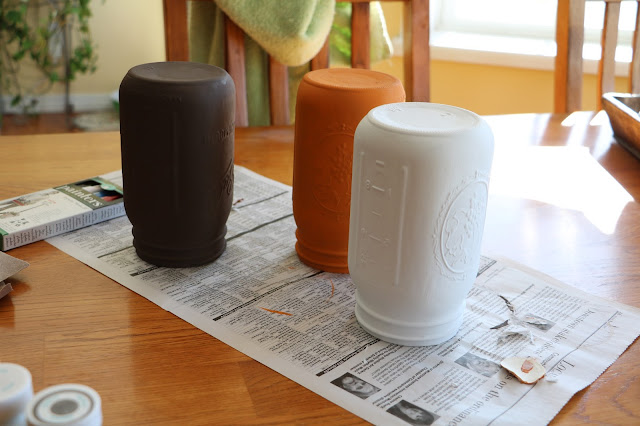 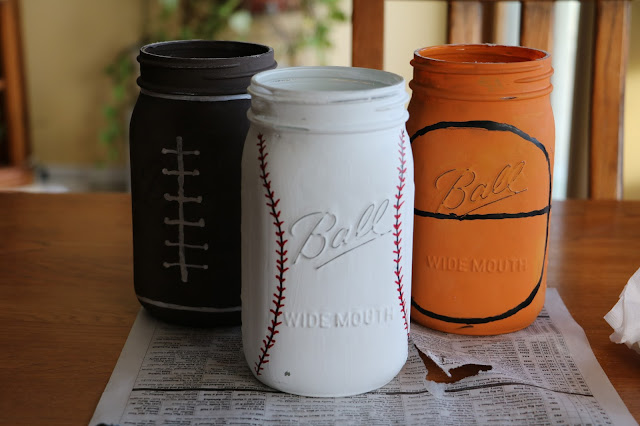 Actually, for me, drawing the lines was probably the hardest part as I am spacially challenged and my lines tend to wander; to combat that, I started with a pencil, got the lines positioned as evenly and straightly as I could before painting over them with the markers (and, some of my lines still looked like they had been drawn by a toddler. Or, a drunk. Toss up!).

Ultimately, it didn't really matter that the lines were imperfect, they had the effect of mimicking the sports balls they were meant to represent, and, that was the goal.

They looked really good on the table on the night of the banquet and they were relatively inexpensive, which, checked two items off my list of requirements for a successful craft: Cute and cheap. 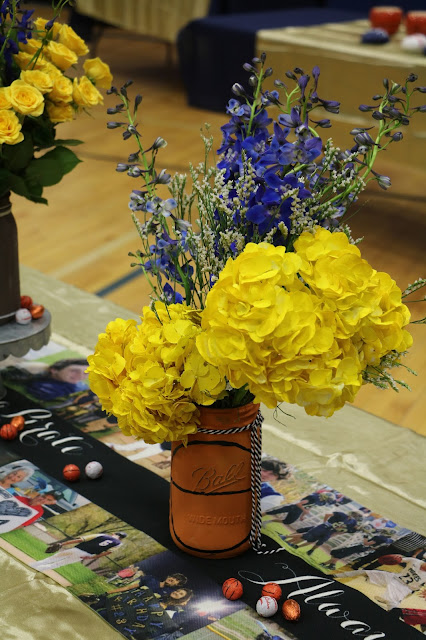 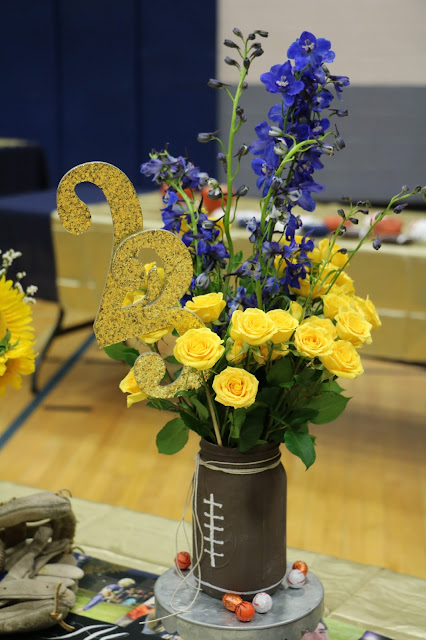 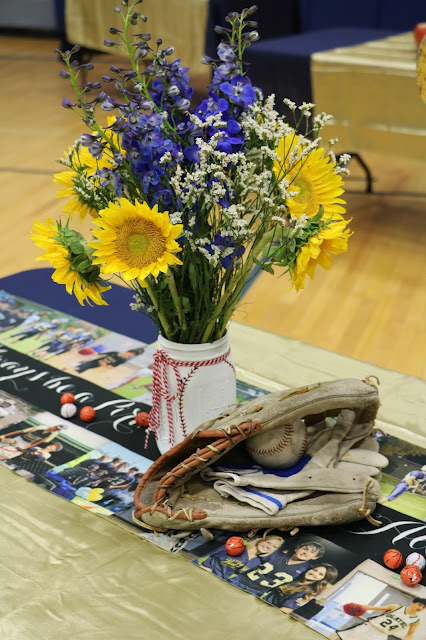 Whatever did we do before Pinterest?
Posted by Chelle at 5:45 PM