Proud as That Peacock, Struttin' Down the Road 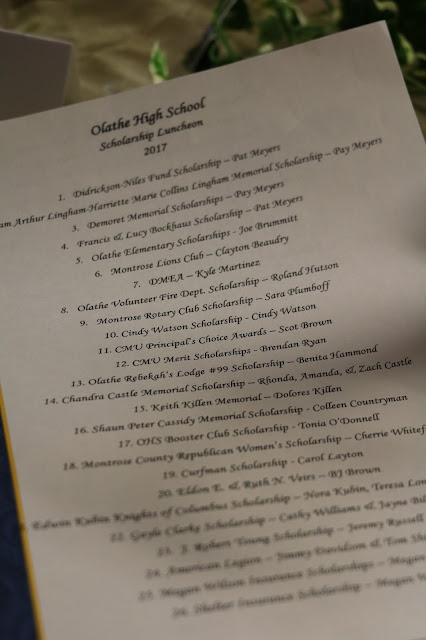 When we received the invitation in the mail, I assumed that the Cub would be getting recognized for the $10,000 academic award he had been offered from HPU. While he had also applied for several local scholarships, he hadn't been notified of an award, so, we naturally assumed that he hadn't been selected.

You know what they say about assuming, right?

Allow me to enlighten you:

To ASSUME makes an ASS out of U and ME.

Sooo...the Man-Cub was surprised with a $1,000 scholarship from our local post of the American Legion, 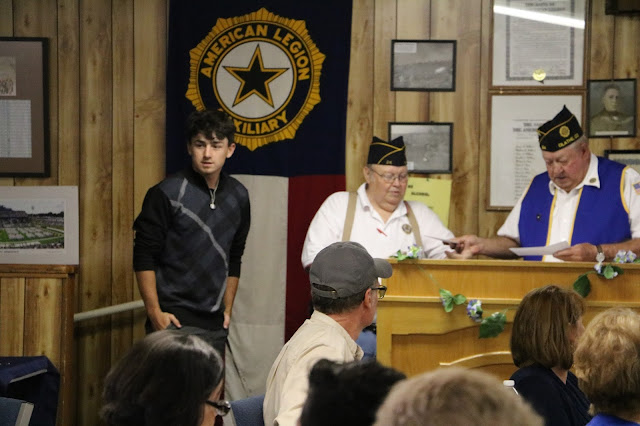 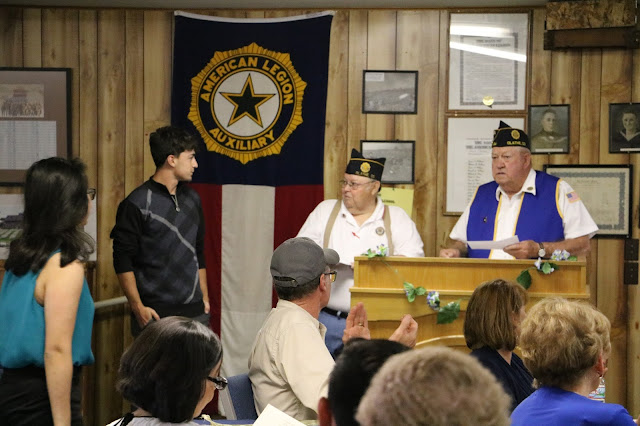 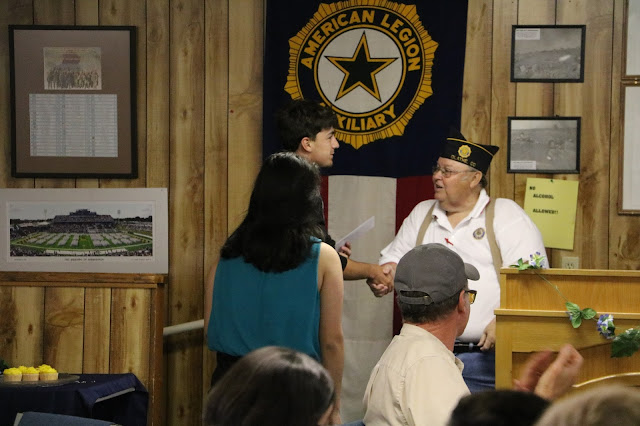 which, is awesome and just about the best surprise we could have gotten.

We are proud as peacocks, and, speaking of peacocks, guess what I really did see strutting down the road in Petticoat Junction yesterday? 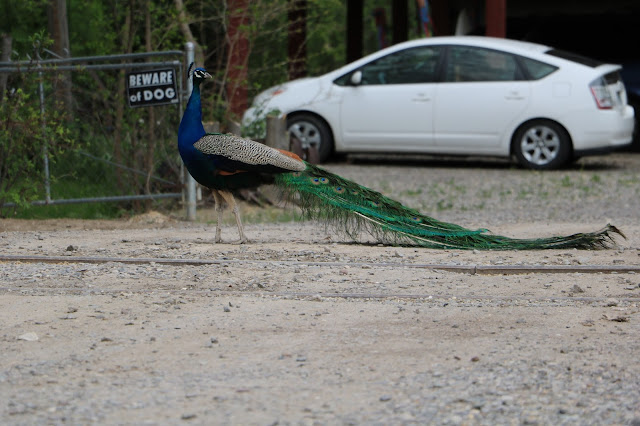 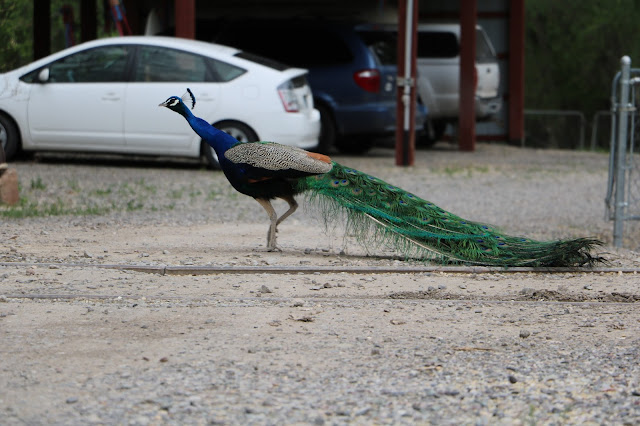 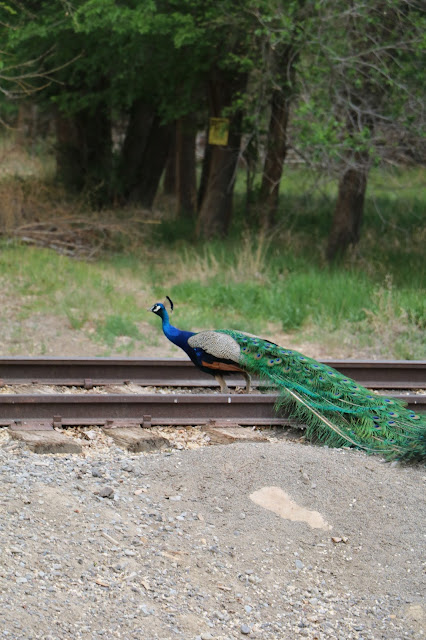 Strutting down the road like "Ain't no big thang".

I was obviously excited enough to pull over and chase the poor creature down with my camera, afraid that, if I didn't get proof, no one would believe me. And, let me tell you, I made sure that everyone knew that I had seen a peacock in Petticoat Junction.

I may have likened the sight to that of a unicorn, so convinced was I that peacocks were, you know,  rare.

For the record? Peacocks are less unusual in Petticoat Junction than one would think. Huh.

To recap: The Cub earned a scholarship! We are super proud! He's now $11,000 closer to his dream of a college education on a tropical island, and, I saw a completely ordinary and not very interesting bird on the road in Petticoat Junction.

Do you think they have peacocks in Hawaii?