I Am An Equal Opportunity Bird Feeder

This year, I changed up the birdseed that I'm using in the feeders outside the kitchen window, and, the new seed seems to have attracted a much more diverse population of birds than in years past.

The first unusual visitors were the blue birds that I mentioned in a previous post. I still have no idea what they are, but, since the first one landed on the porch, it has been joined by at least three more. I suppose there could be more than four, and, that they don't necessarily have to be the same four every day, but, four is the most that I have seen gathered on the fence at a time, so I'm going with it. 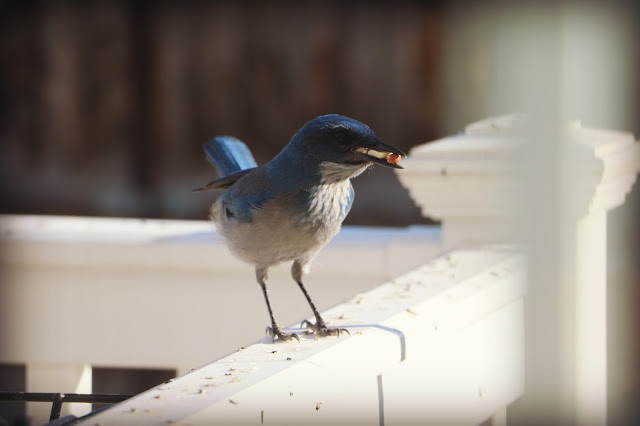 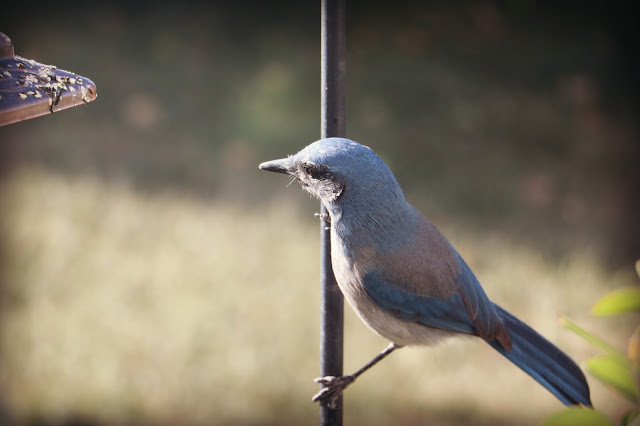 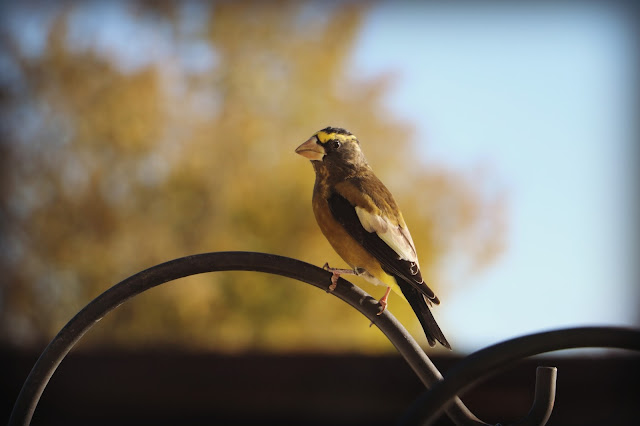 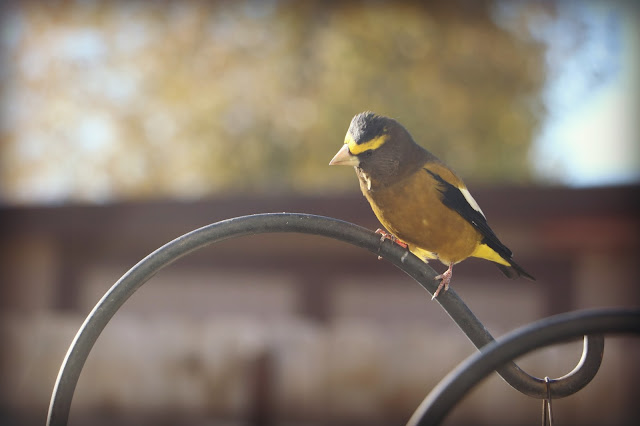 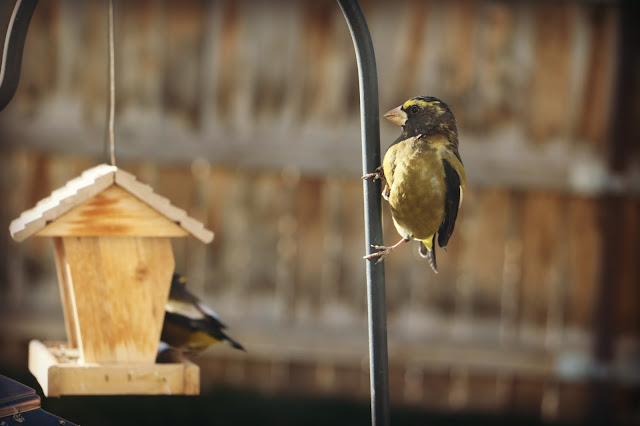 I have even less idea what they are than I do the blue birds, but, they appear similar to the blues in size and general body shape. They co-habitate fairly well with the blues, but, are pretty nasty to my usual finches, who are probably starting to feel a wee bit peevish about all the new blood. 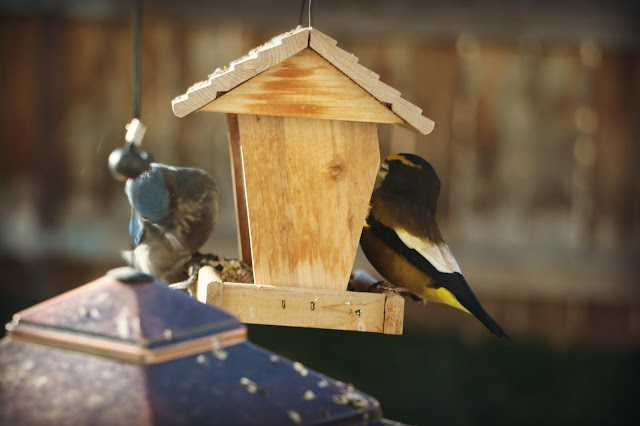 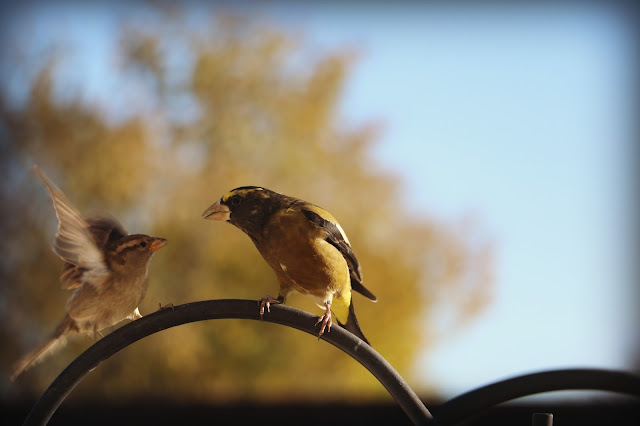 The last of the new arrivals are these tiny little guys. 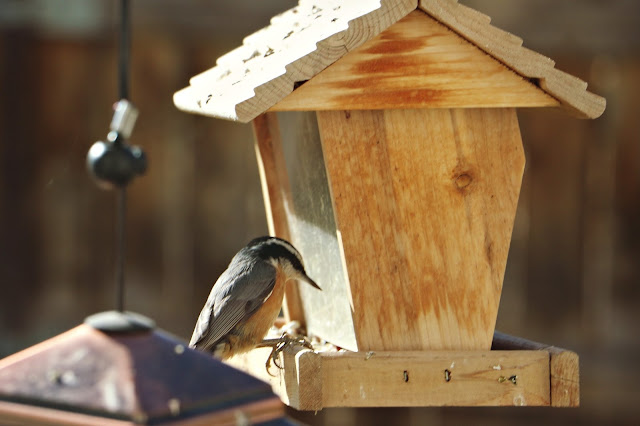 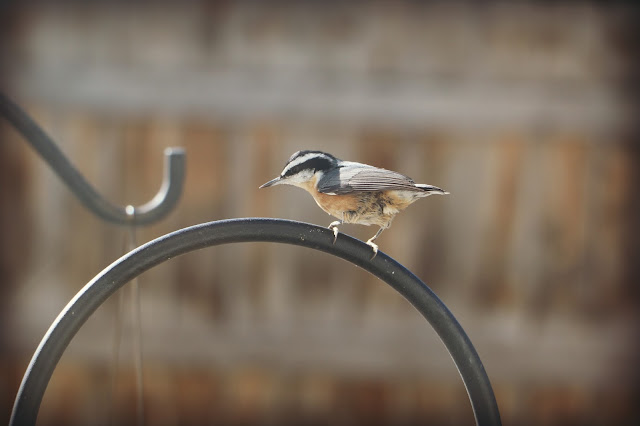 There are several of them, but, they don't stick around for very long, so I think the intimidation factor of the larger birds may prove overwhelming for them.

They are also really, really fast, so getting good pictures of them has been a challenge.

I am really enjoying the new diners; I find it quite relaxing to sit in the bay window, basking in the sunshine and watching their antics. I'm seldom alone in this endeavor, and, it's safe to say that the felines are starting to resent my interloping on their territory. 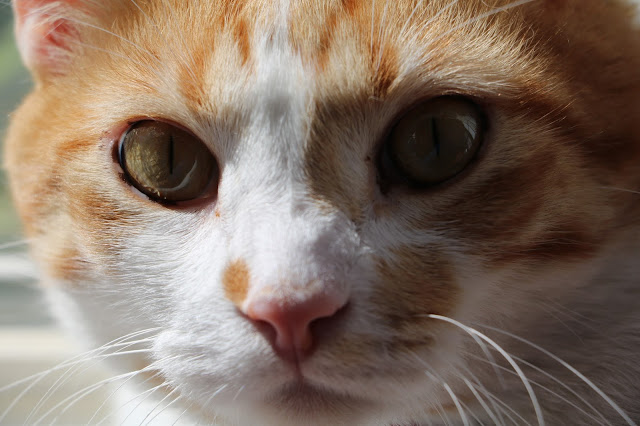 Finn puts up with it for about two minutes before he shoots me the Evil Eye and attempts to bite my toe (I prefer my wildlife watching be done while barefoot). 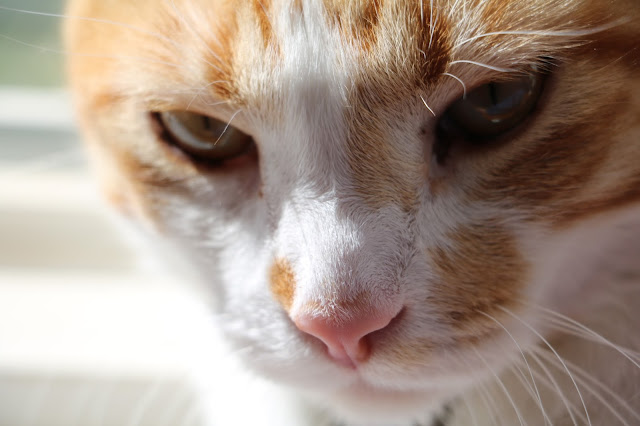 So, I guess one of the unexpected perks of having an empty nest is having the time to observe the world as it goes on around me, without the pressure of sports schedules, school activities, and mandatory social engagements.

On the other hand, it sure will be nice when the babies are all home for the holidays and I can share my new friends with them. I'm sure they will find them every bit as fascinating as I do.

And, speaking of having a full house for the holidays, guess who will be joining us for Thanksgiving? Mikey and his mom! So, while I won't have my true-born baby boy with me for the day, I will have my honorary second-son, and, that's pretty awesome.

Then, for Christmas, I'll have the Cub back under my roof plus his sister, my sister, my nephew, and my mom. It's going to be, well, Christmas!