It should come as no surprise that this month's care package for the Man-Cub is chock-full of Halloween goodies, but, it also has a few medicinal items because, there is nothing scarier than the common cold, and, the Man-Cub is currently terrified.

Terrified by the price of cold medicine in Hawaii, that is.

- Caramel Apple Pops (the Cub's favorite seasonal sucker)
- Wax vampire fangs (for a touch of nostalgia)
- Limited edition Cookie Butter Oreos (last month's cookie butter was a hit, now he's hooked)
- Bean Boozled Jelly Beans (will the green bean be pear flavored or snot flavored? Crapshoot!)
- Neon slime (because nothing says Halloween like slime)
- Cracked Pepper Jerky Sticks (had to get some protein in there, somewhere)
- Gummy vampire fangs
- Gummi Vampire Bats
- Wind-up Dracula (because he may be in college but he still loves his toys)
- Ouija Board Mints (inside family joke; he'll get it)
- Coffee Mate French Vanilla creamer
- Deadpool coffee mug (man, I miss my Comic Book Geek partner in crime)
- Stance socks (Dios de las muertas themed!)
- Halls Throat Soothers, 4Way Spray and Dayquil capsules (common cold, remember?)
- A roll of Halloween caution tape (my contribution to the dorm Halloween decorating contest)
- M&M's Caramel and Snickers minis (Trick-or-Treat!)
- Fart in a Jar (you know, just because)
- The Goonies on DVD (because one of the Cub's friends has NEVER seen it. What?!) 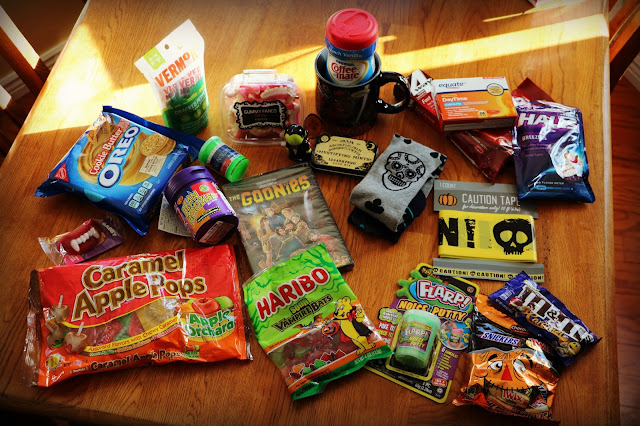 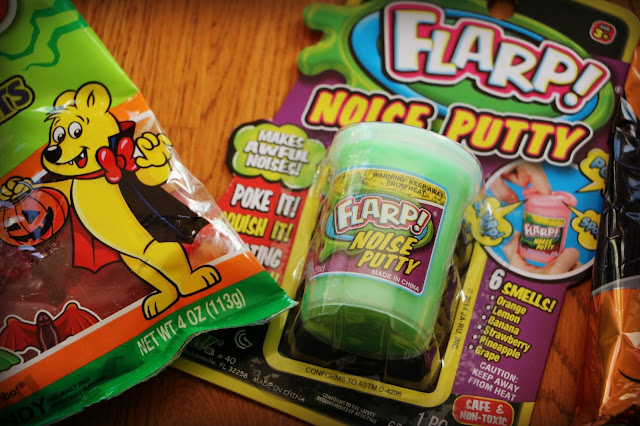 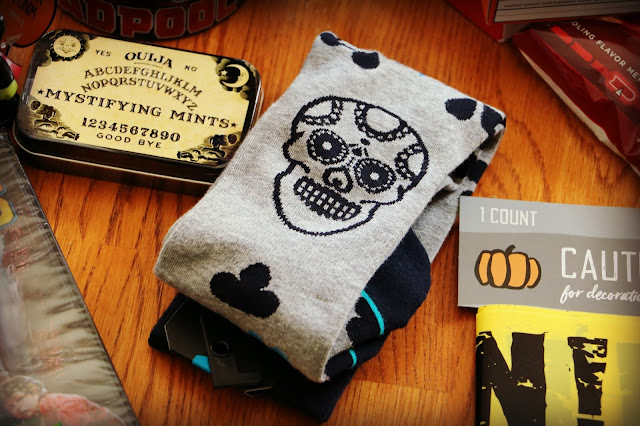 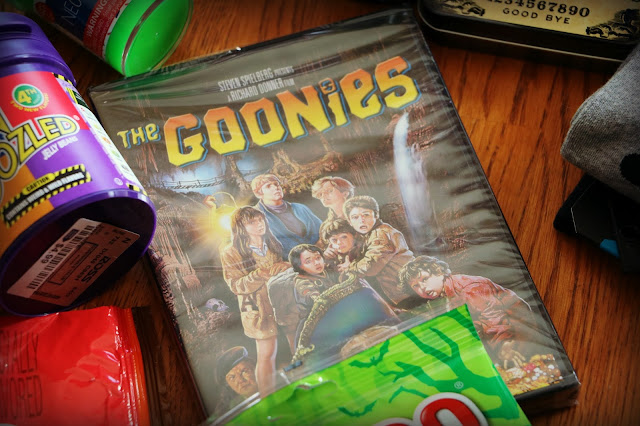 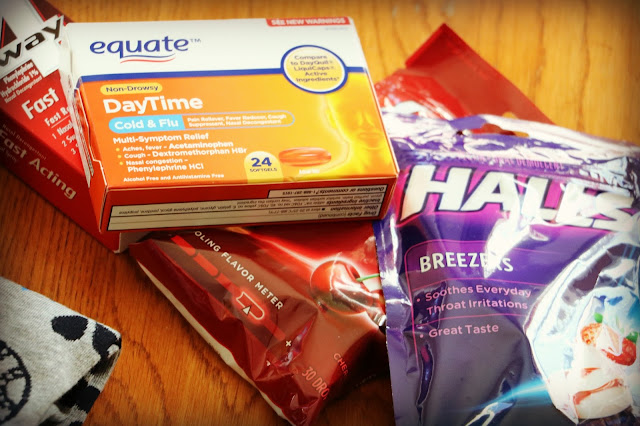 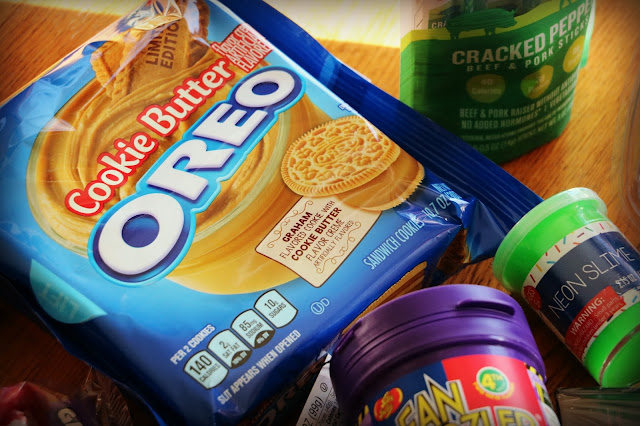 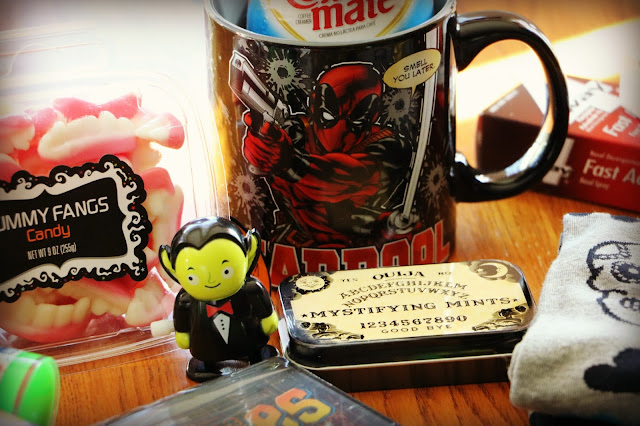 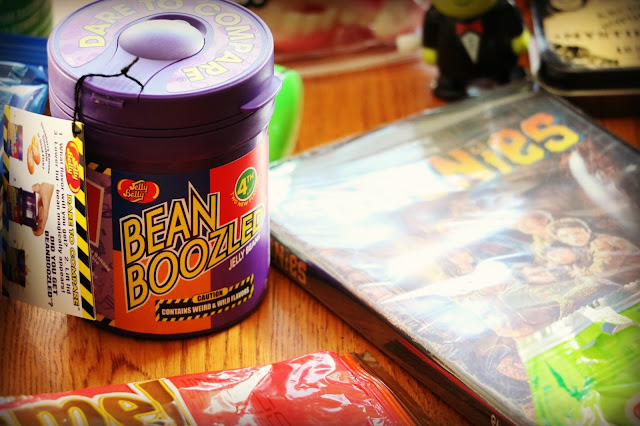 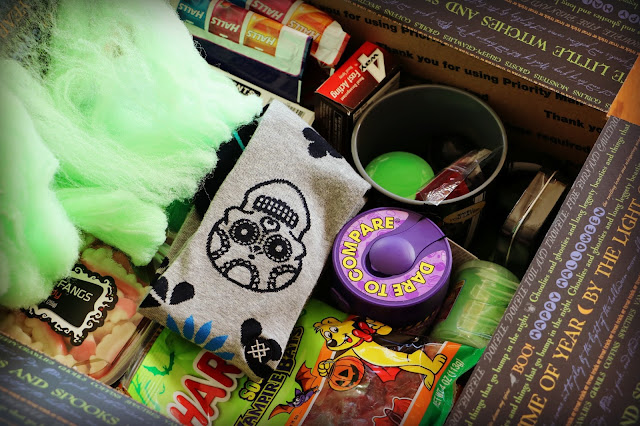 I finished the box off with some glow-in-the-dark spider web and spiders, which, the boys can utilize in their dorm decorating, or, not. Whatever they want. 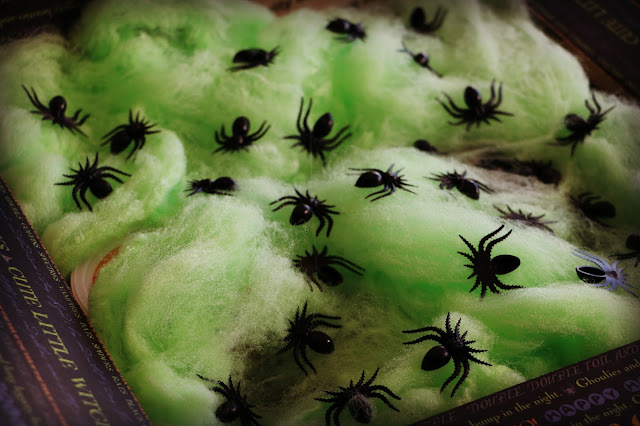 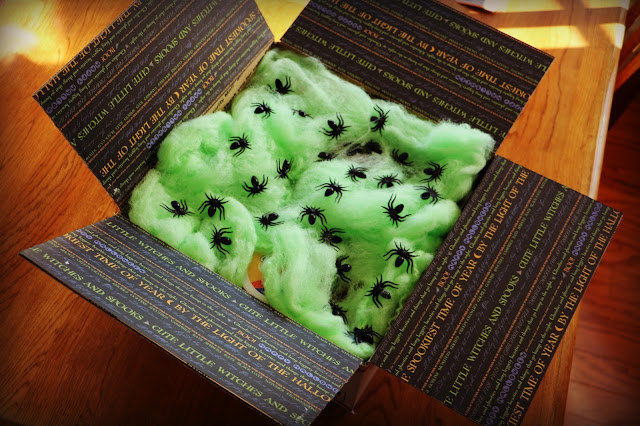 And, that's it for the Care Package of the Month. Tune in next time, when I wow you with my ability to stuff an entire Thanksgiving dinner into one box.

I haven't quite figured out the turkey thing.
Posted by Chelle at 7:44 PM