I've been eagerly anticipating our first snowfall, not because I enjoy the snow, but because it makes my outside decorations look ever so much more festive. We finally got that snowfall today-all ten minutes of it. Sadly, it didn't offer much accumulation and it was melted in no time.

Maybe we will get a bit more before the day is out. In the meantime, here are some photos of the inside decorations; they would definitely not be improved by snow. 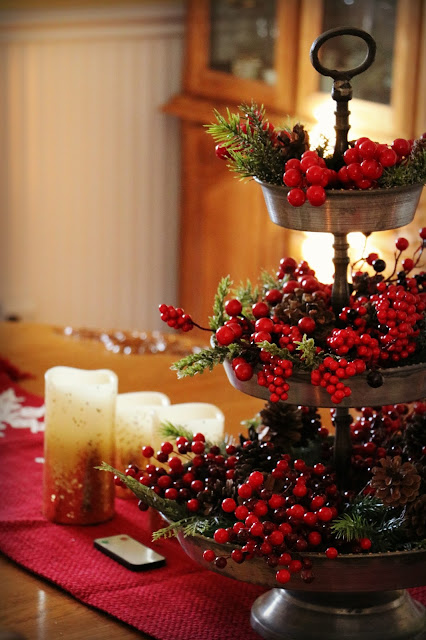 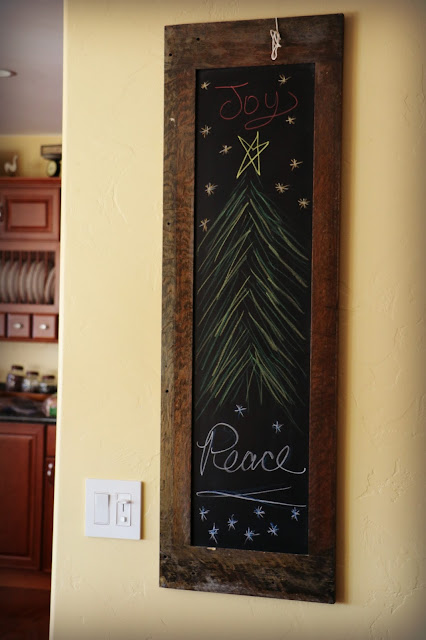 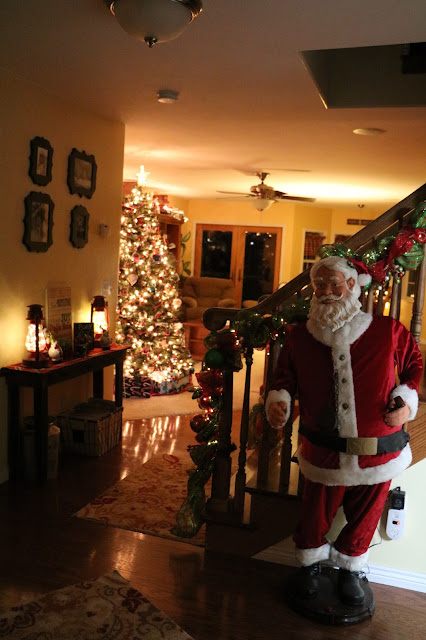 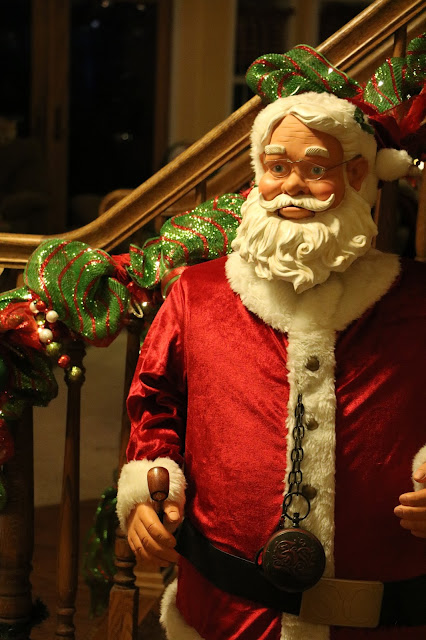 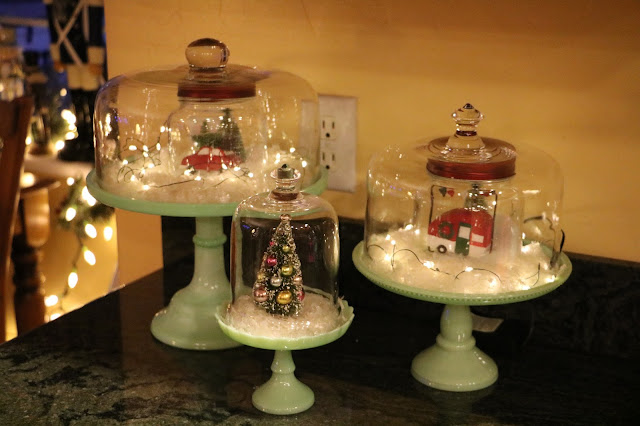 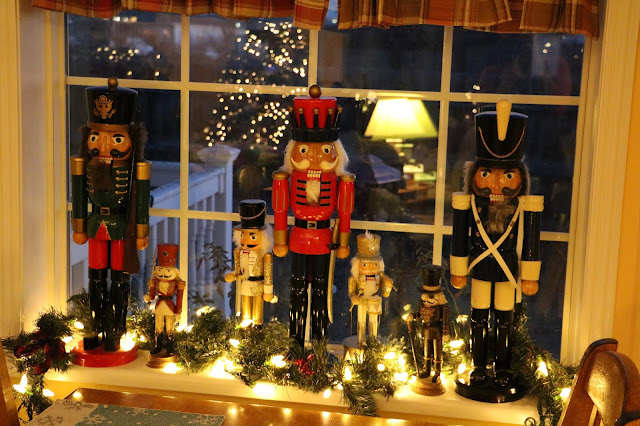 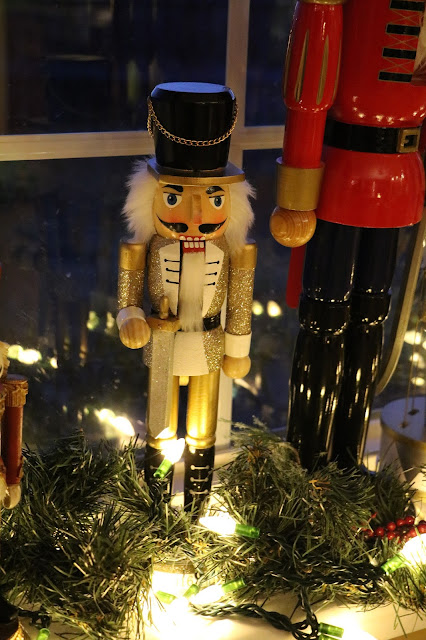 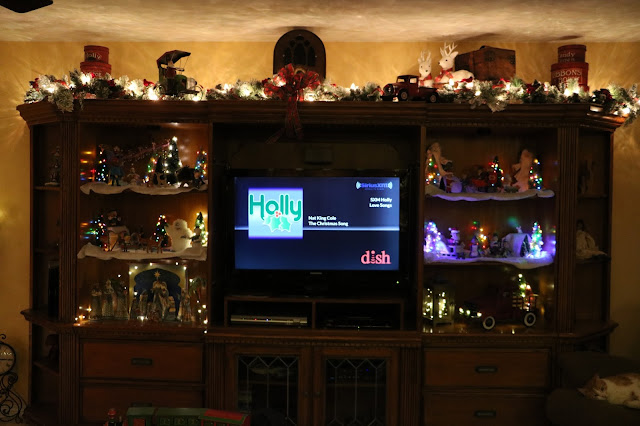 I didn't put up my massive Christmas village this year, which, saved me climbing the attic ladder an additional six or seven times. Instead, I made a new garland out of flocked greenery, plaid ribbon, berry sprays, and some red cardinals. I wrapped it in lights, threw it up on the entertainment center, arranged some of my other holiday decorations, as well as some of the items that are always on display up there and called it good. I think it turned out pretty well, and, like I said, I saved myself six or seven trips up the ladder, hauling boxes. 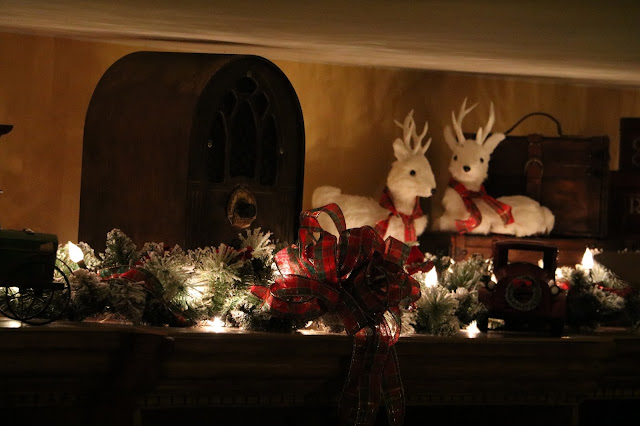 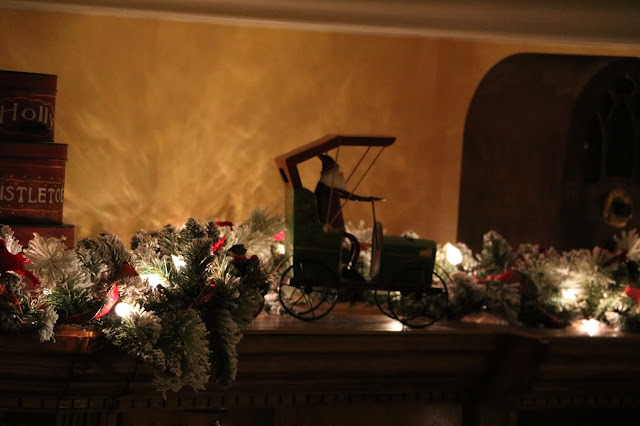 Don't worry, the village will be back next year (Hugh, I'm looking at you).

The other decorations on the entertainment center were fairly normal-Rankin and Bass collection for the win! 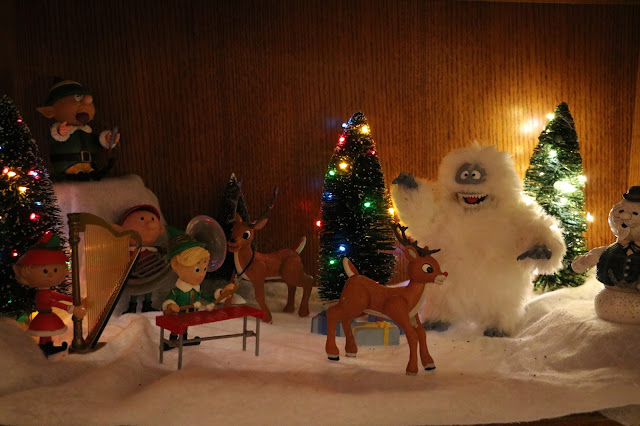 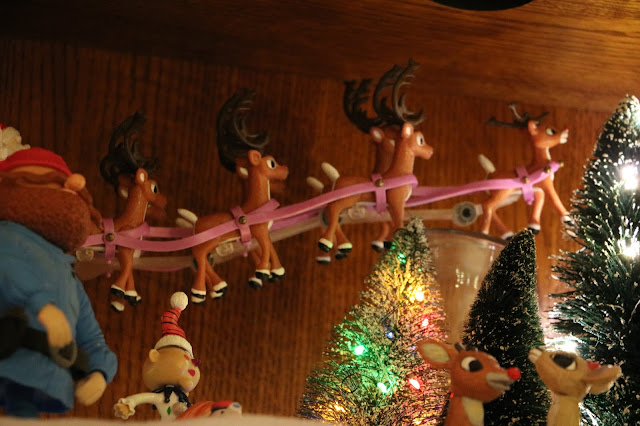 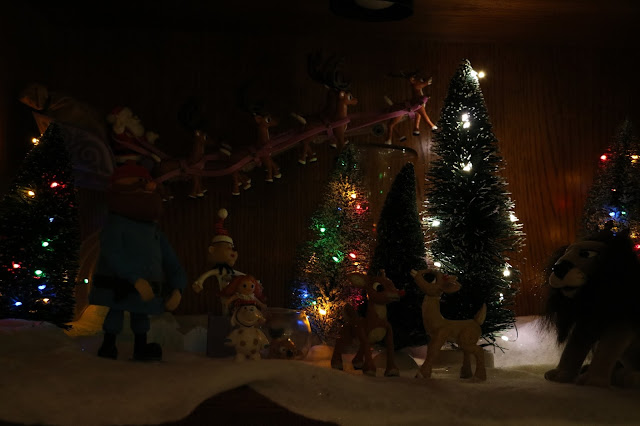 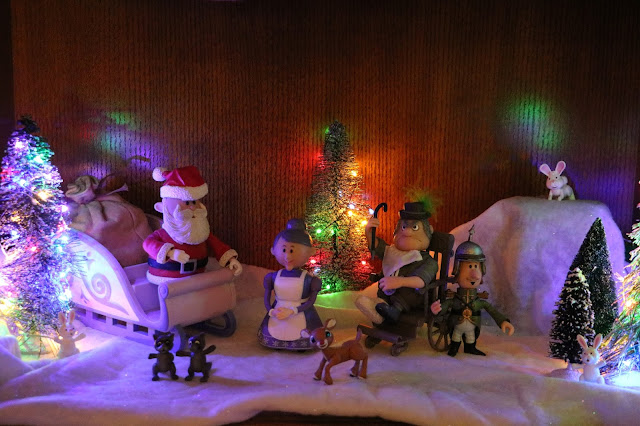 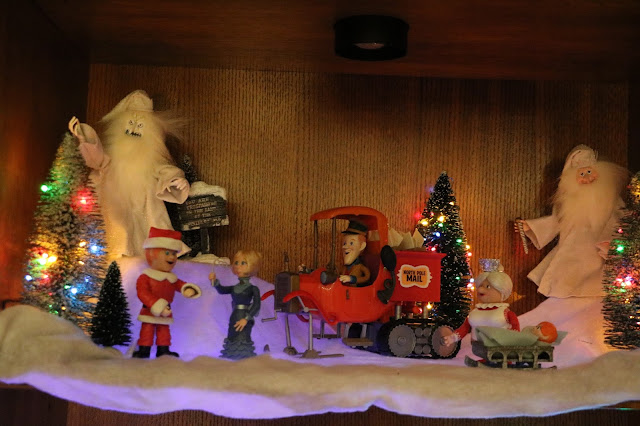 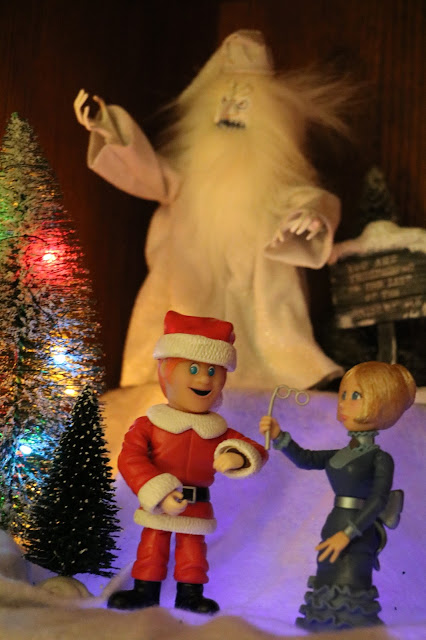 I also added my Jim Shore nativity set, which, I usually display in the foyer, but moved this year since there was an empty space where village pieces usually go. I liked the new look. 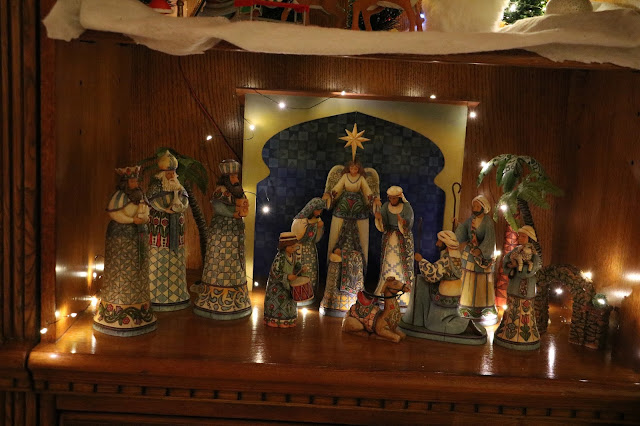 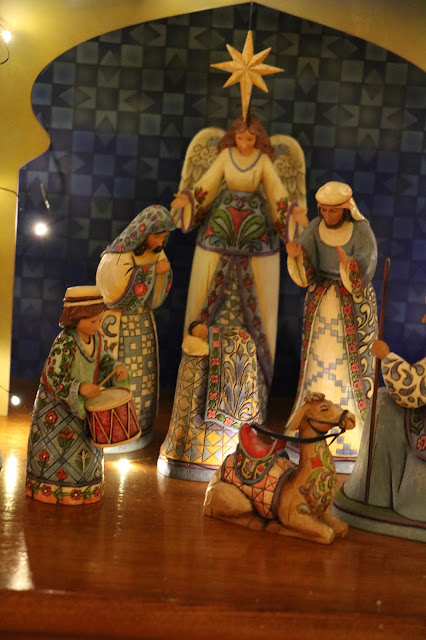 The console table in the foyer, that usually holds the nativity got a hodge-podge of other things I had on hand, most of which I used on the dining room table in previous years. 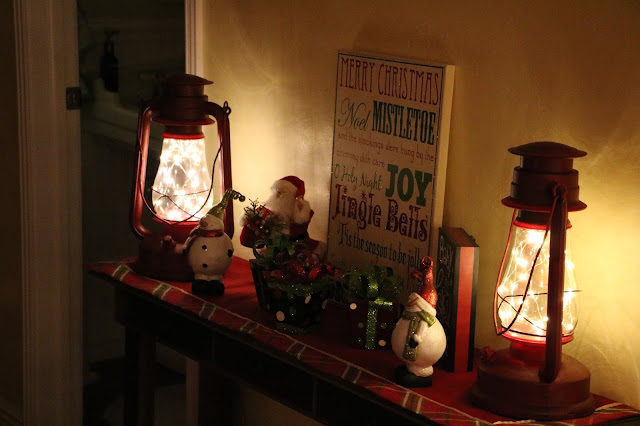 My vintage-inspired Putz houses and bottle brush trees found themselves in their usual space in the dining room. 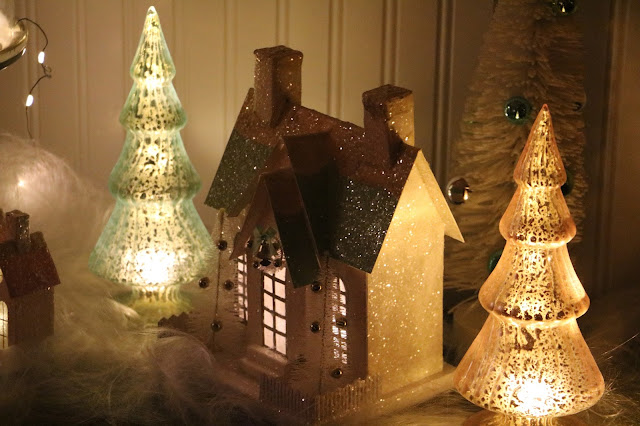 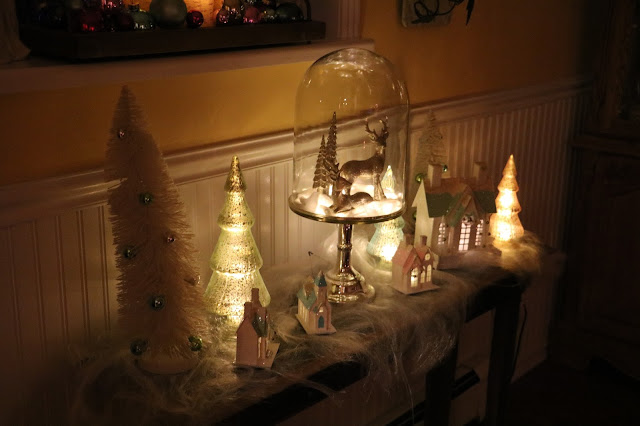 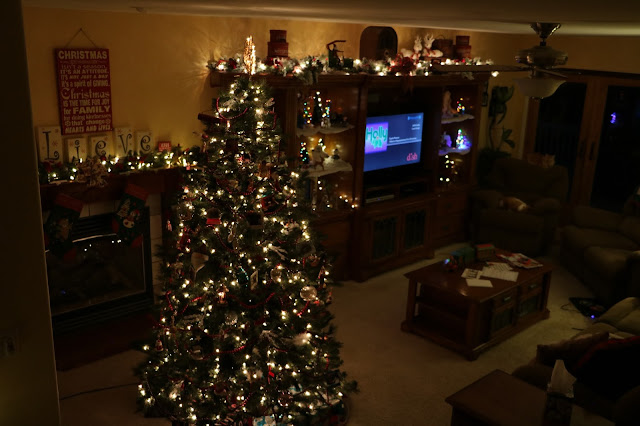 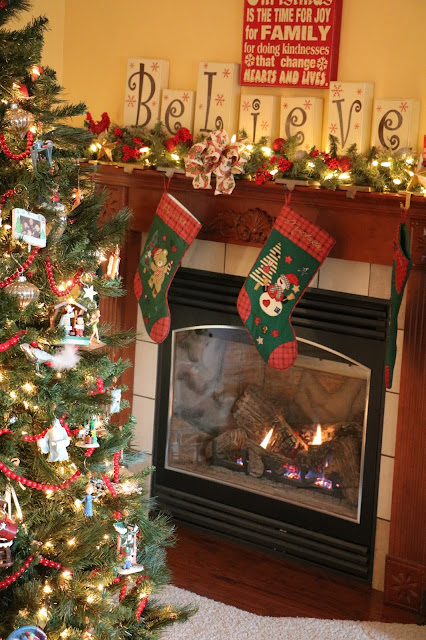 Of course, it wouldn't be the holiday season without the inclusion of the cocoa bar! Now that the Man-Cub is home (and, freezing; amazing how quickly one becomes accustomed to the tropics, apparently), it's actually getting some use. 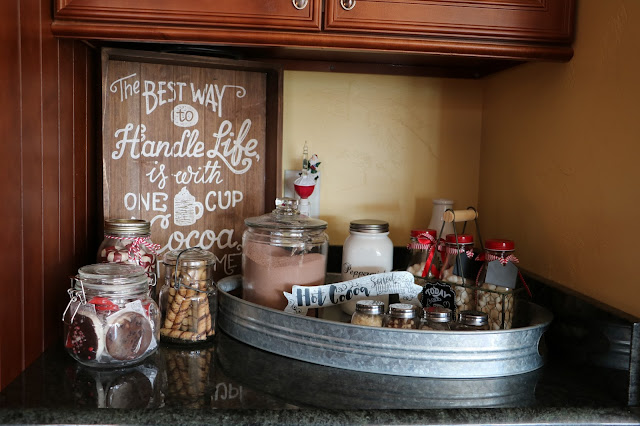 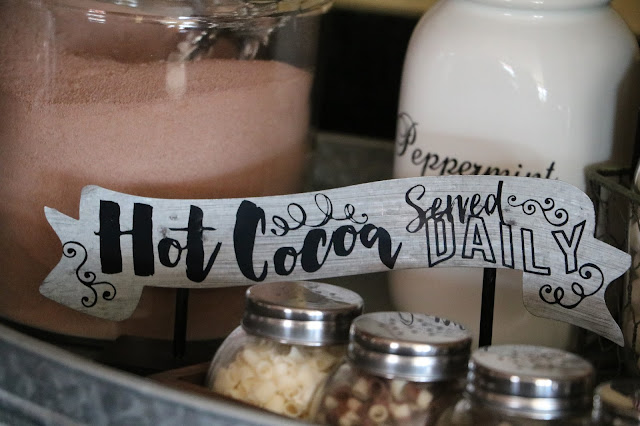 And, that's about it for the indoor decor. If the weather cooperates tonight, I will post porch decorations tomorrow. Heck, if the weather doesn't cooperate, I'll still post pictures tomorrow; it's not like they haven't been out there since Thanksgiving or anything, time to give them their due.

(Although, snow would be a nice addition. Are you listening to me, Mother Nature? Father Winter? Hello?)
Posted by Chelle at 1:33 PM