It's been almost a year since we received official notification of the Man-Cub's acceptance to HPU. I remember, quite clearly, the range of emotions that ran through my heart upon hearing the news; I was elated for the Cub, of course, but, also terrified. My baby, on an island thousands of miles away? No way!

My ambivalence continued pretty much right up until the moment that we left him on that island despite the numerous comforting signs that the universe sent me in the months leading up to our parting.

And, by numerous, I mean, numerous; every time I turned around, it seemed as though something from the Hawaiian culture was being presented to me in a manner that appeared to say "It's fine! He'll be great! This is meant to be!" and, it was. It is. I do believe that.

The universe recently sent another such reminder, in the form of Target's choice of wardrobe for the Elf on a Shelf. 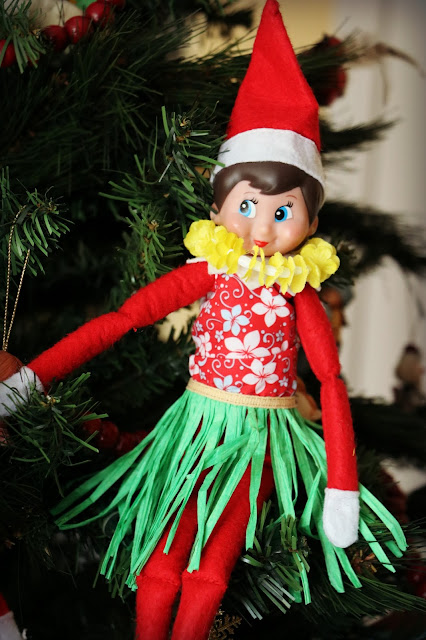 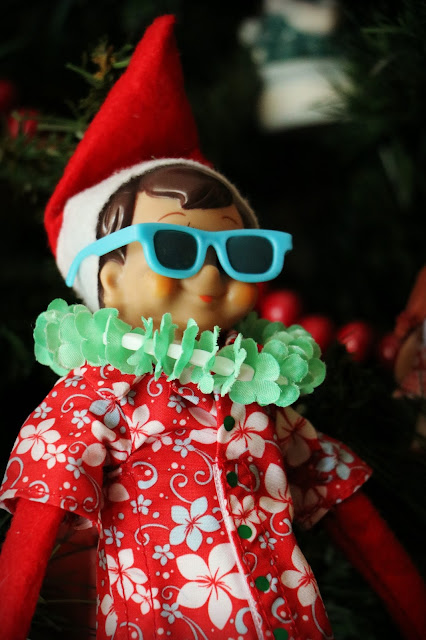 So, while I may still worry about the Cub on occasion (always, every day, for time, eternal), I am no longer in denial about the fact that, right now, for this space in time, he belongs in Hawaii.

And, for the record, both Dee and Nyall agree with me. 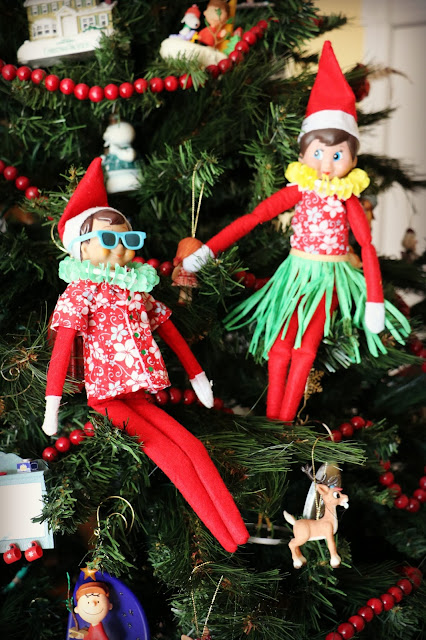