Yesterday's much-hyped snowstorm failed to materialize, so, it looks as though my outdoor pictures will be barren of the white stuff this year. It is what it is. 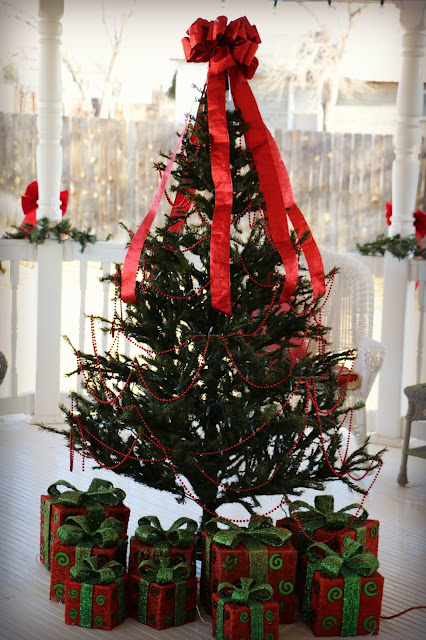 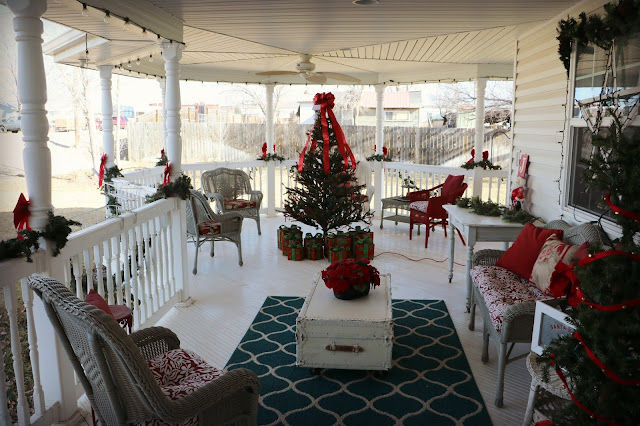 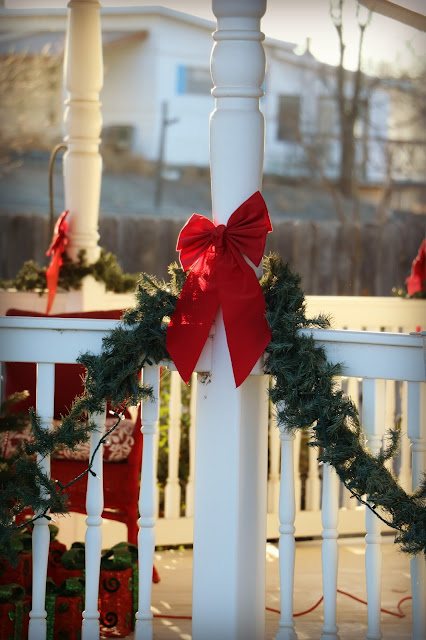 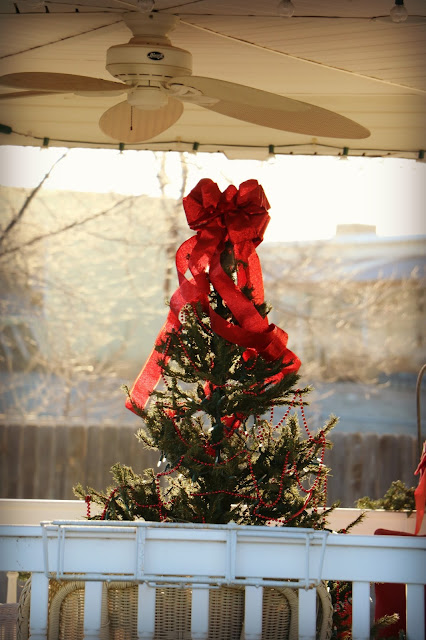 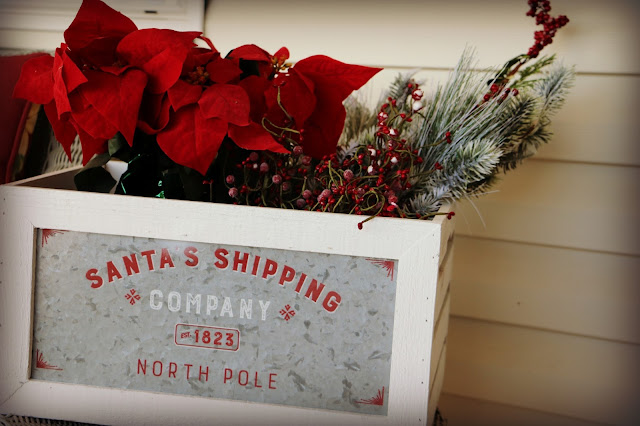 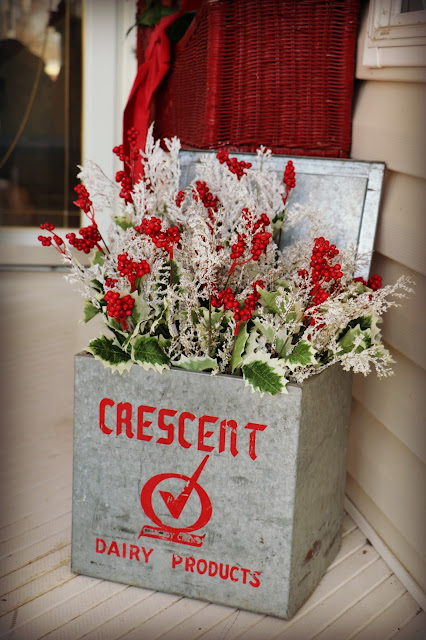 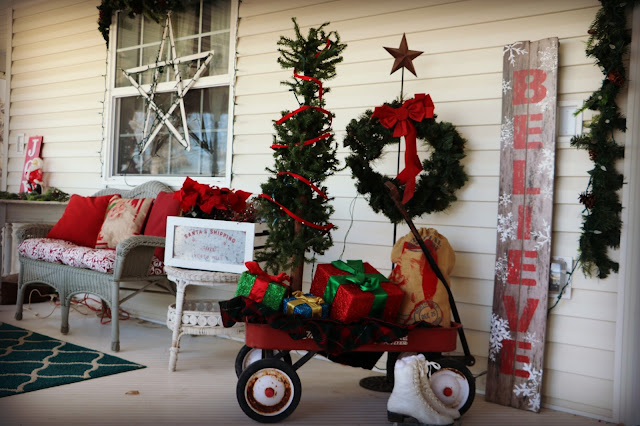 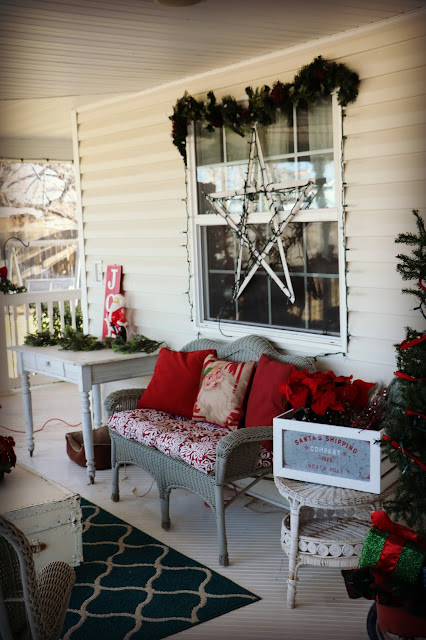 In addition to decorating the porch this year, I extended the decor around the corner to the garage door. Hugh strung garland for me and I picked up pallet signs at the Hellmouth. I have used the seasonal greenery and berry sprays before, in both the old milk can and wooden barrel, but, I think they look even better next to the cheerful sayings on the signs. 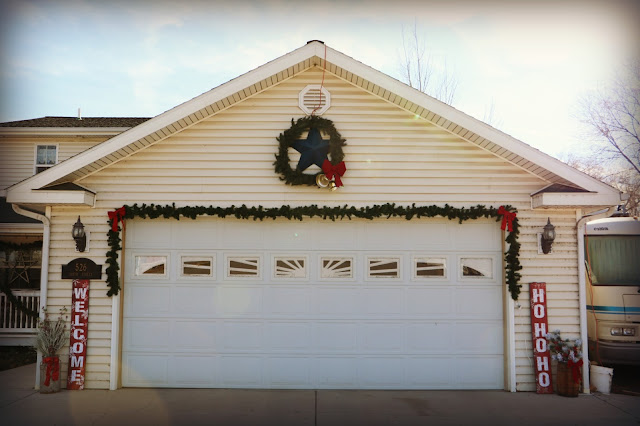 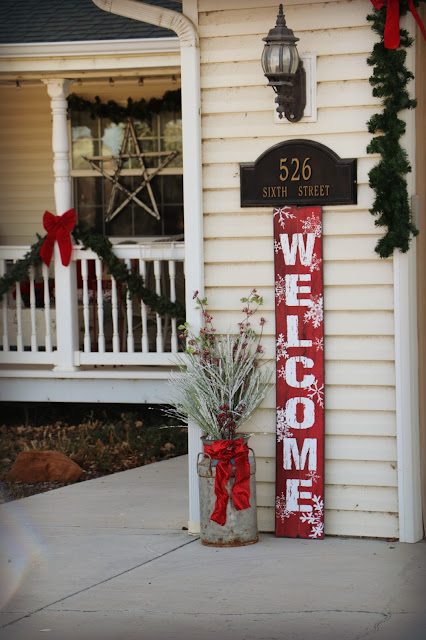 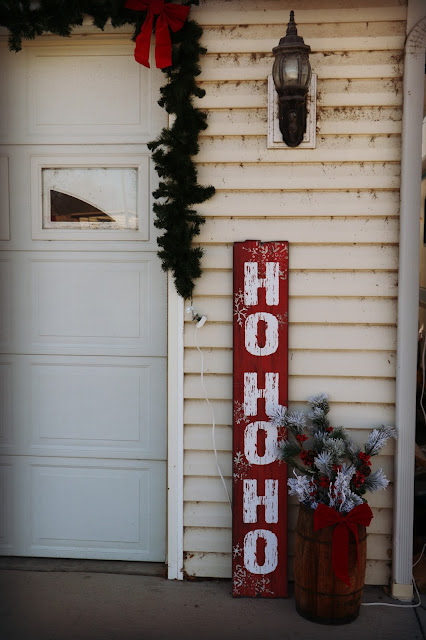 And, of course, everything looks even more magical at night... 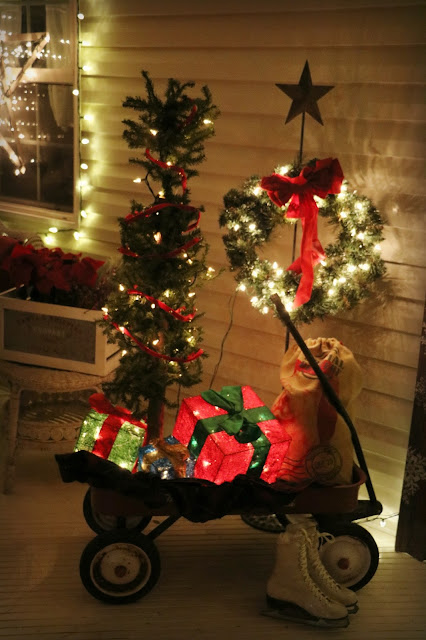 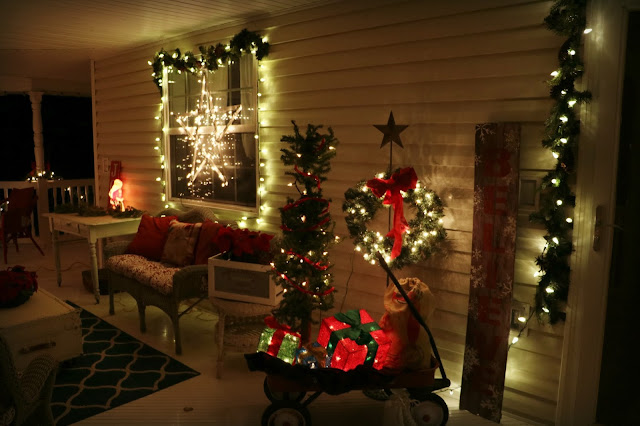 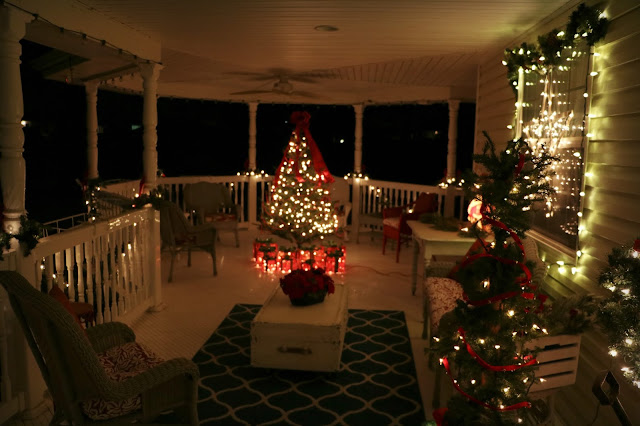 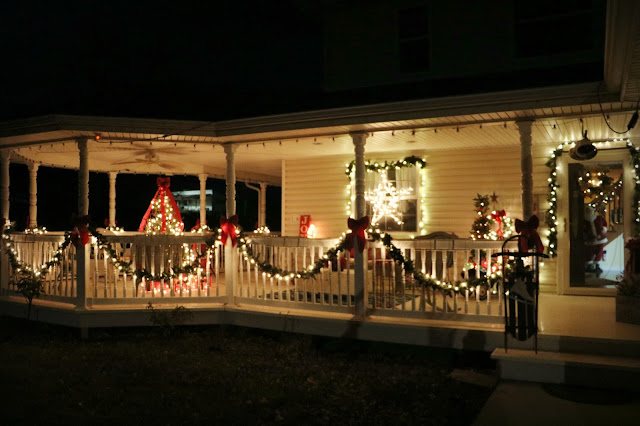 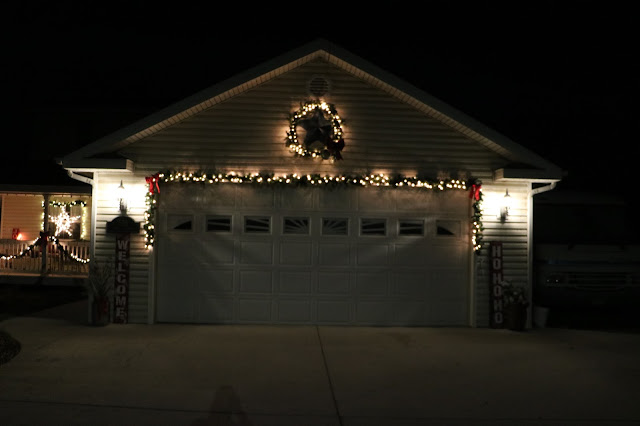 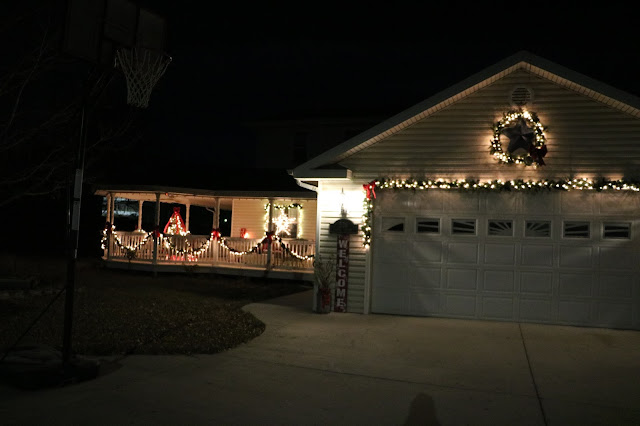 ...would've looked even better with snow, but, I guess I've gotta just let that go.

Speaking of letting go, guess who just saw Frozen for the first time when it was played on television this holiday season? That's right, this girl. I'm actually kind of proud of myself for holding out as long as I did.
Posted by Chelle at 8:28 AM