Well, more Scottish, actually, but, Irish comes in second. I'm also made with a dash of Italian, German, and Greek (?!), but, no evidence of Native American, which, may have come as a surprise to my great-grandfather on my dad's side, who swore up and down that we were Cherokee or some such nonsense.

Obviously, I have received my DNA results from Ancestory.com. It took less than the 6-8 weeks that I expected, which, was a nice surprise. In addition to the information on my double helix, it also connected me to a list of possible relatives, several of whom I can positively verify because they used to change my diapers.

It also connected me to relatives whom I have heard mentioned in passing but never met. So, the possibility of my parents having accidentally taken the wrong baby home from the hospital is pretty slim. Also, my older sister was clearly lying all those times that she told me I was adopted.

I'm really happy to have the Scottish connection verified; Dad always claimed we were of noble Scottish birth (wasn't exactly able to confirm that, but, I act like a queen, so, he was probably correct). I'm also super stoked about the Irish connection because it allows me to celebrate St. Paddy's like a beast, which, means that I will be eating alll the corned beef, cabbage, and soda bread that my tummy can handle come March 17th. Plus, the naming of my cats makes perfect sense, now.

It was meant to be!

The Italian and Greek connections are slightly more tenuous, but, what the hell; I'll put Italy and Greece on the Travel Bucket List along with Scotland, Ireland, and Germany.

For research purposes, of course.

And, speaking of research, here are the Scottish kilt patterns of my people, according to the Internets. 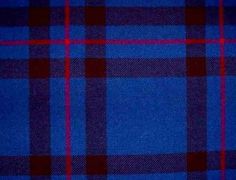 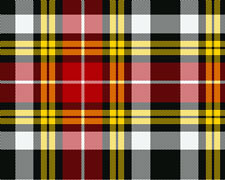 I probably won't be wearing a kilt anytime soon, but, if I decide to at some point, I have two lovely patterns with which to work.

Now, if you'll excuse me, I'm going to binge-watch the first season of Outlander. You know, to connect to my Highlander roots; not to ogle Jamie Fraser.