The Next Four Months Are Going To Creep By

The Man-Cub flew out this morning.

I'm experiencing a mixed bag of emotions about this; one the one hand, I am so proud of how well he is doing in school (he finished the semester with a 3.9 GPA) and I know how much he is enjoying the Hawaii experience. On the other hand, just yesterday, everyone on the islands got a notification on their cell phones about an incoming ballistic missile, informing them to seek shelter; it wasn't until 24 minutes later that it was reported to be a false alarm (as an aside, someone's getting fired). I'm going to spend the next four months worrying about my honor student, is my point.

On the bright side, we made the most of our last few hours together. Queen B came down from Neighboring City to eat dinner and spend the night. We went to one of the kids' favorite restaurants and I got to bask in the brotherly/sisterly love. 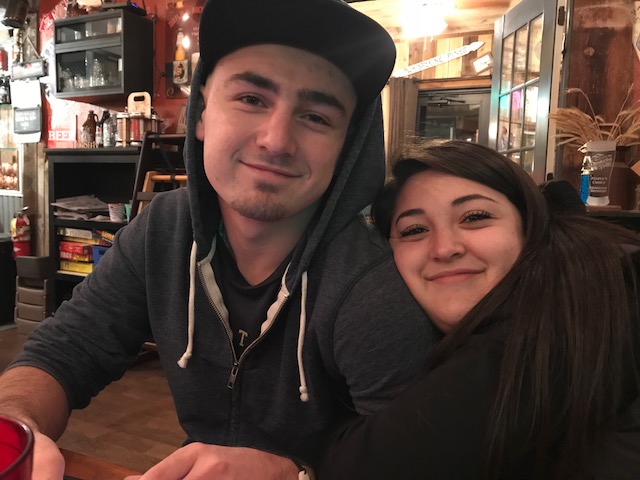 Then, we came home and watched IT on pay per view, which, was a minor miracle in and of itself, given Queen B's deeply ingrained fear of clowns. The Cub was not scared in the least, but, that never stopped him from crawling in my lap for back tickles before, so, why start now? 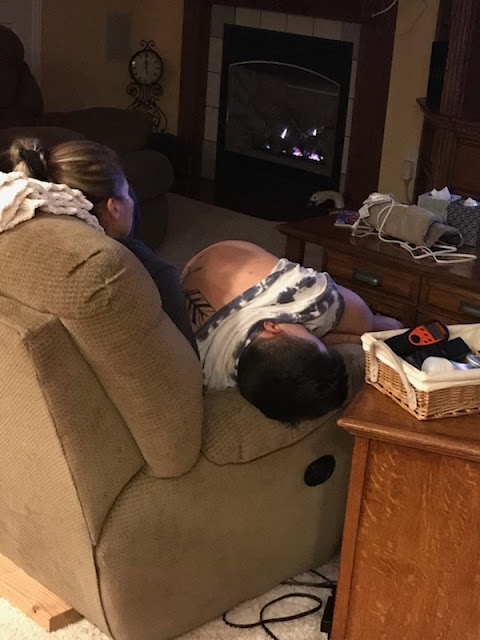 When we left the Cub at the airport, he was clearly excited about getting back to school, and, as of five minutes ago, he was looking forward to stretching out on his connecting flight from Denver to Honolulu because, miracle of miracles, the two seats next to him are empty (fingers crossed for no-shows rather than tardy passengers). 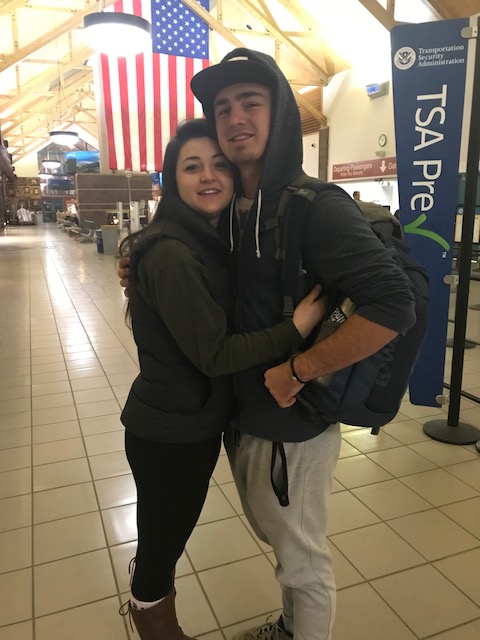 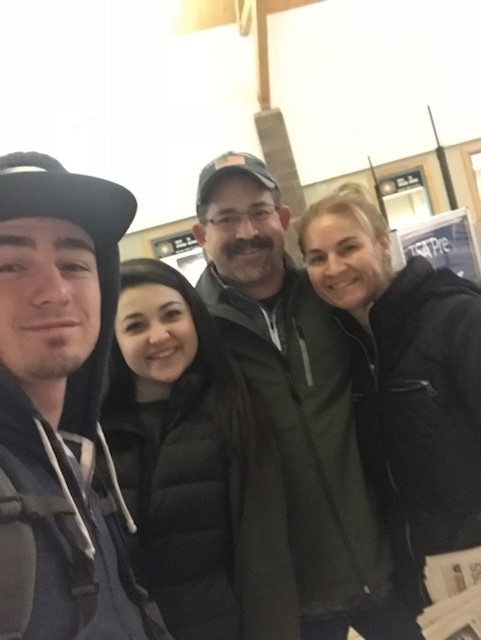 I guess I'll just have to set my apprehensions aside and focus on looking forward to his eventual return at the end of the semester, and, in the meantime, there is always wine.

Clearly, I'm going to need a bigger wine rack.
Posted by Chelle at 11:46 AM