A Day in the Life, Summer Saturday Edition

I've done a number of Day in the Life posts over the course of the years, but, they have always been done on workdays; this edition will be my first attempt at capturing a typical Saturday in my life, currently. 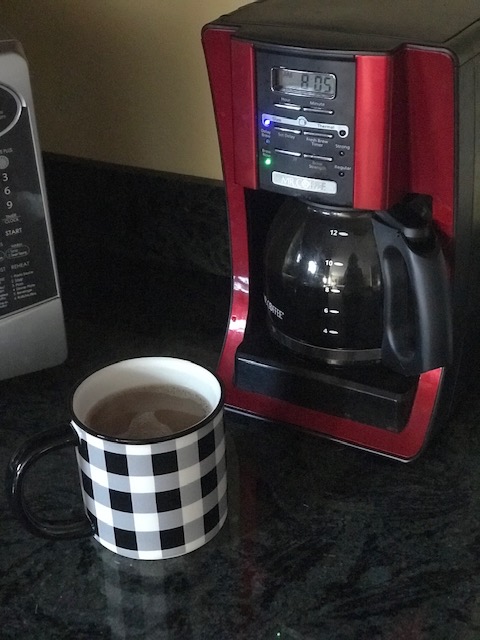 The weekends are my opportunity to sleep past 5:00, and  I take full advantage of it; this morning, I slept until 7:30. Once I was up, I had my first cup of coffee, sweetened with stevia and lightened with creamer. 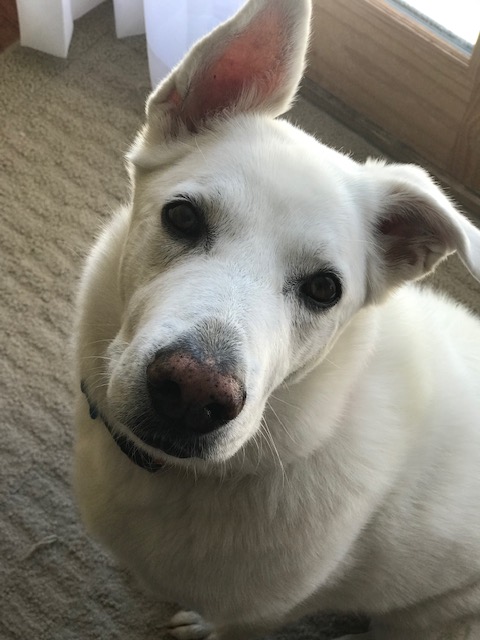 Boomer dog knows that, once I have a cup of coffee in hand, he gets his first treat of the day. This is his "eagerly anticipating a Little Griller" face. 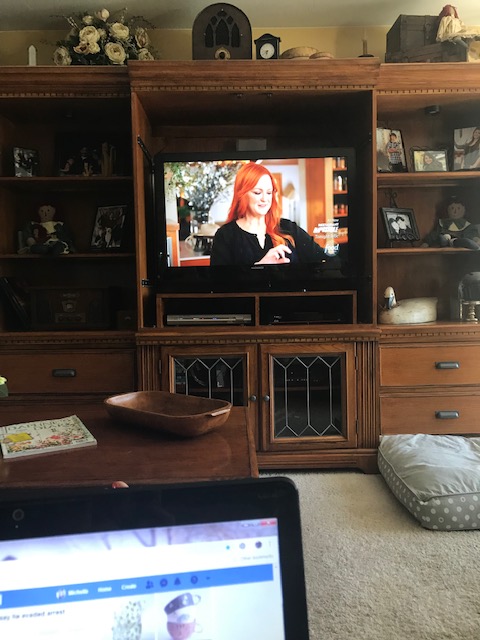 While I drank my coffee, I watched an episode of The Pioneer Woman... 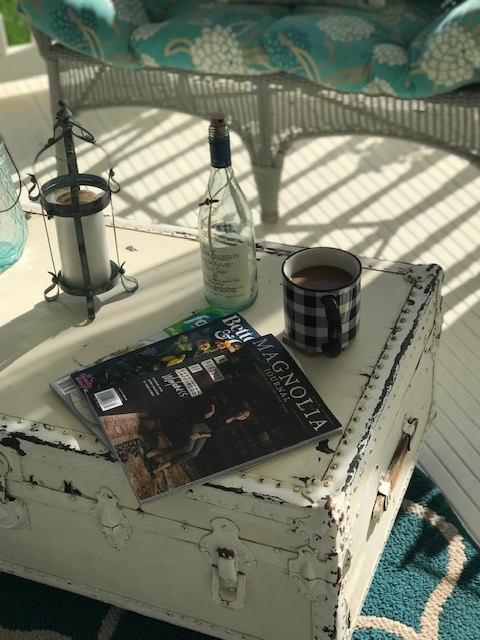 ...then I headed out to the porch with my second cup of coffee and a couple of magazines that I have had sitting around the house for at least two weeks and am just finally getting around to reading. 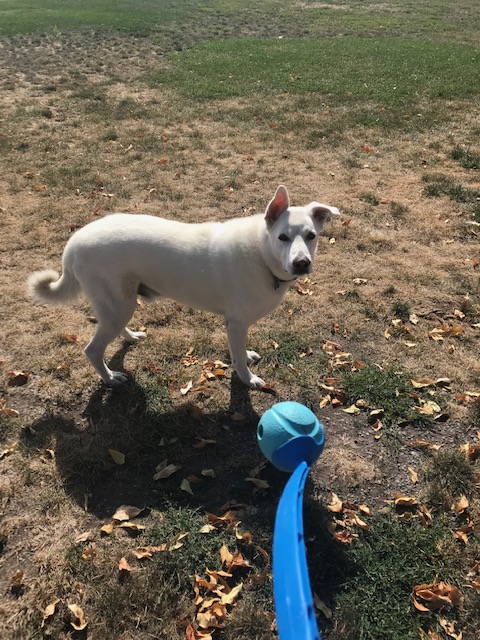 Once I finished my magazines and my coffee, Boomer and I headed to the local park, where I ran him ragged with the Chuck-It. 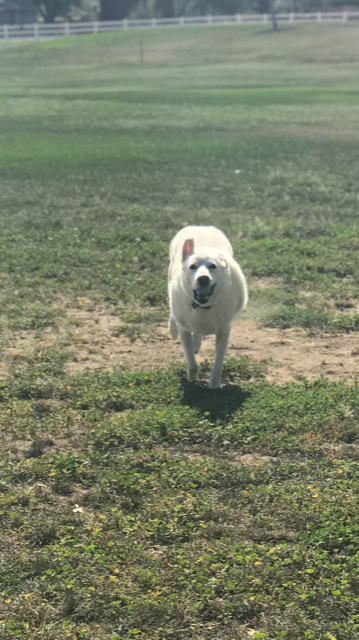 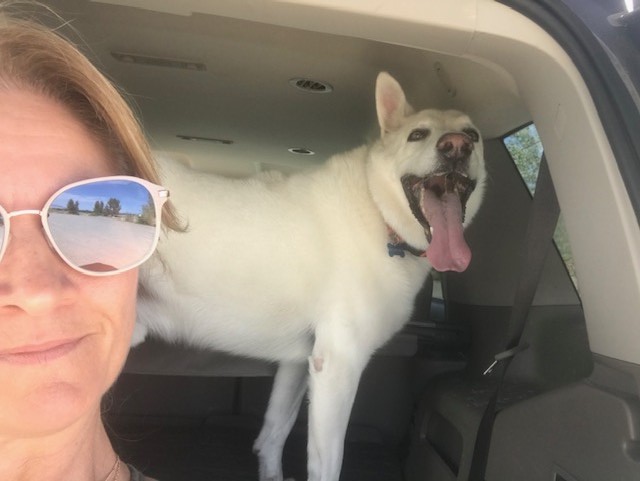 Playing fetch is Boomer's favorite pastime. I know he's had enough when he runs past me and jumps into the back of the Tahoe. 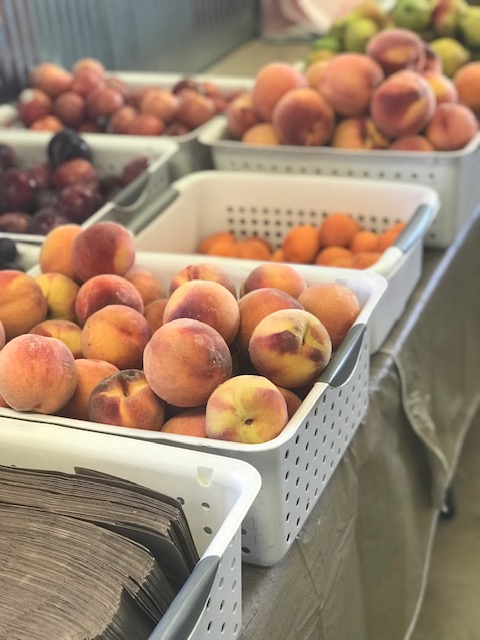 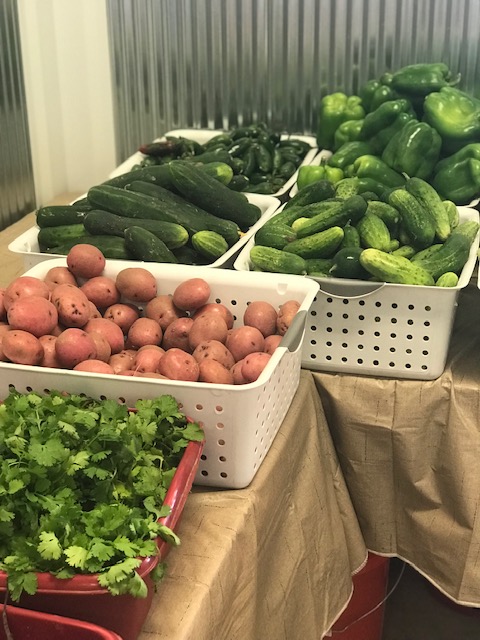 When we left the park, we went straight to the local farm stand, where I purchased the ingredients for Hugh's favorite cucumber salad, as well as a few tomatoes for dinner tomorrow night. 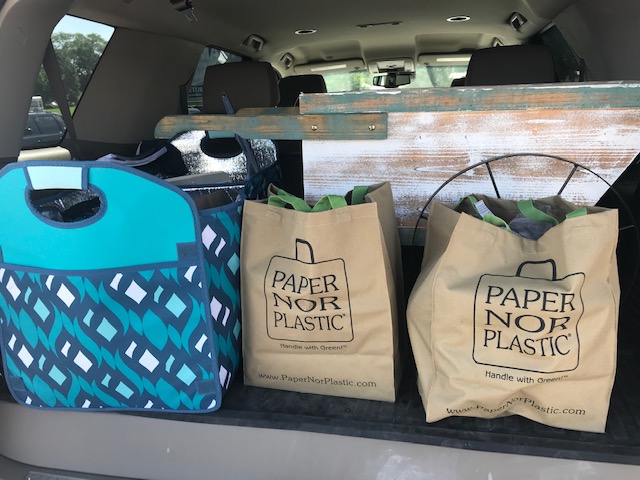 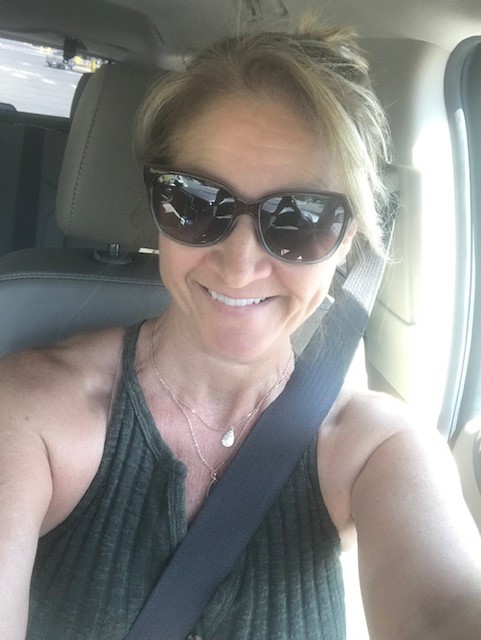 I dropped the produce off at the house, along with the dog, before heading into Pixler to pick up groceries at the Hellmouth. When I got back home, I made Hugh's cucumber salad, leaving it to chill in the fridge along with some chicken that I was marinating for Hugh to grill later.

Hugh, it should be noted, was off on an ATV trail ride with friends. 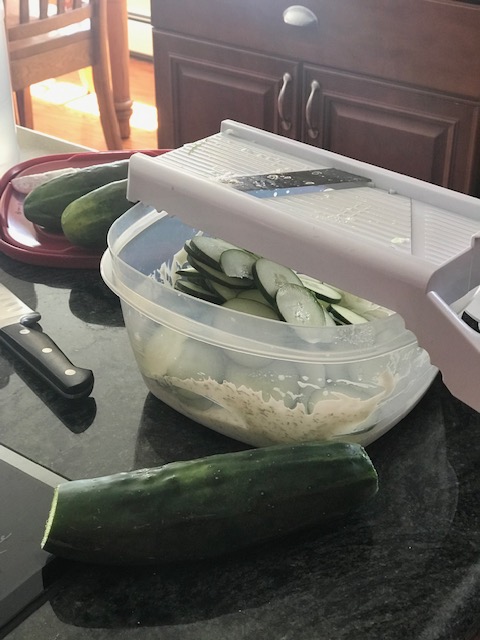 After I cleaned the kitchen, I went to the gym, where I ran on the treadmill for an hour, before heading to Hooterville to pick up some items that I need for a fall craft that I am planning to do. 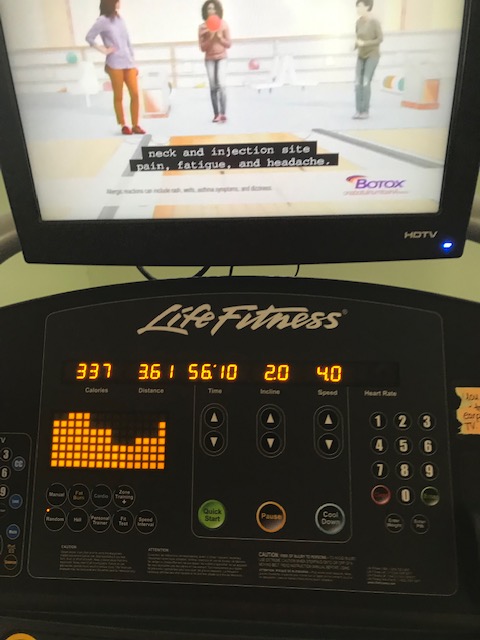 I grabbed an iced skinny cinnamon dolce latte at Starbucks on my way back home... 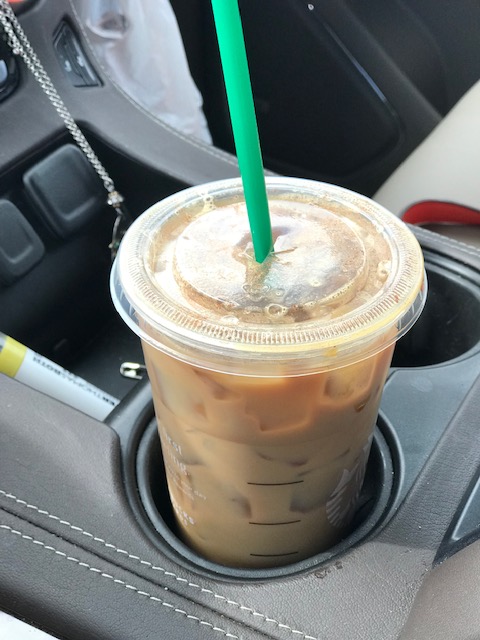 ...and enjoyed it on the porch, along with the last of my hoarded magazines. 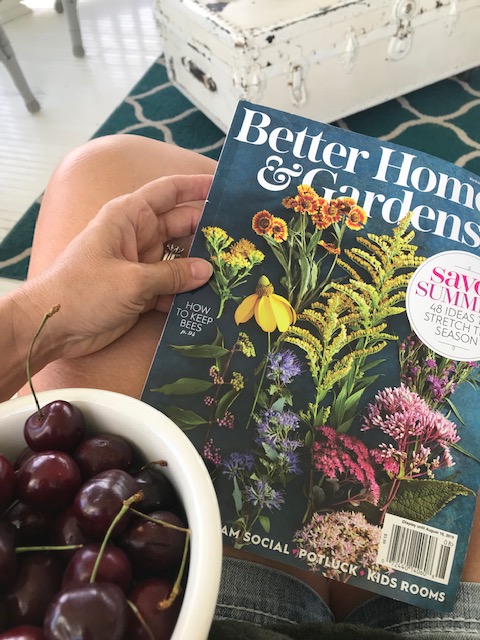 Boomer hung out with me, ever hopeful that I would throw him a ball. Or a bone. Or, anything at all, for that matter. 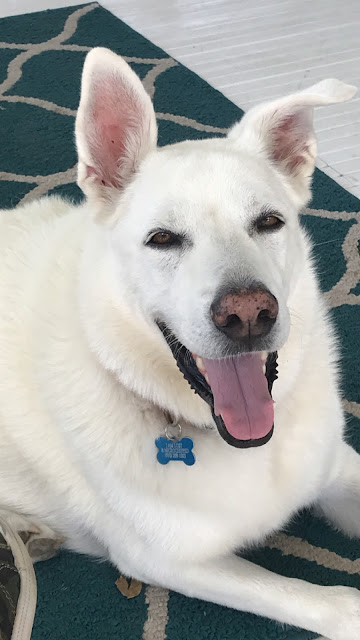 Hugh hadn't gotten home yet, but I went ahead and prepped the chicken skewers and vegetables for the grill so that he could throw them on as soon as he got home. 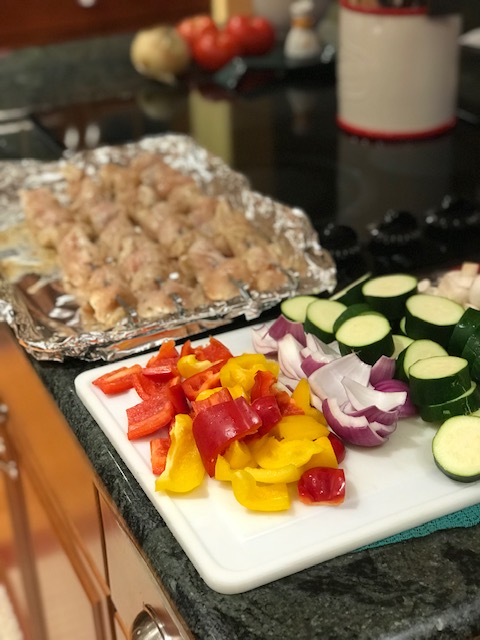 Then I poured a glass of pinot noir and waited on the porch. 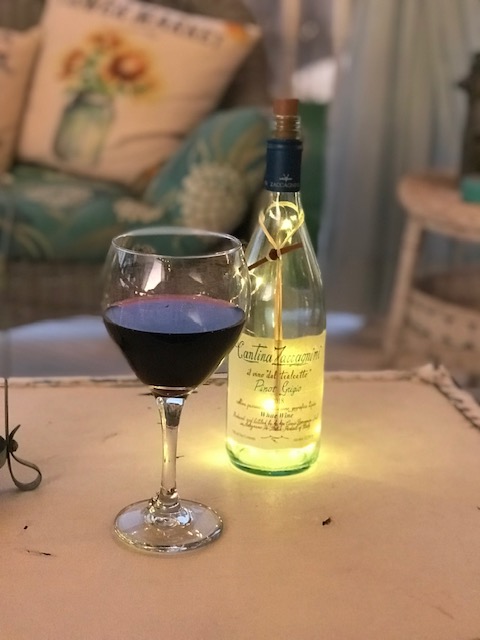 I was in good company. 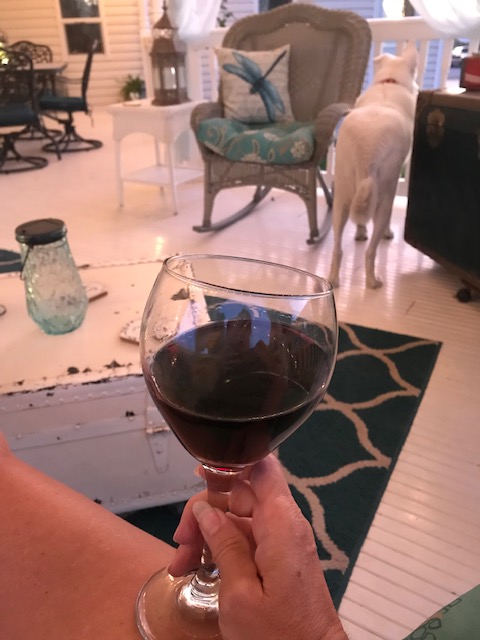 Hugh finally rolled in a little after sunset, and, I put him right to work, grilling the meat and veggies... 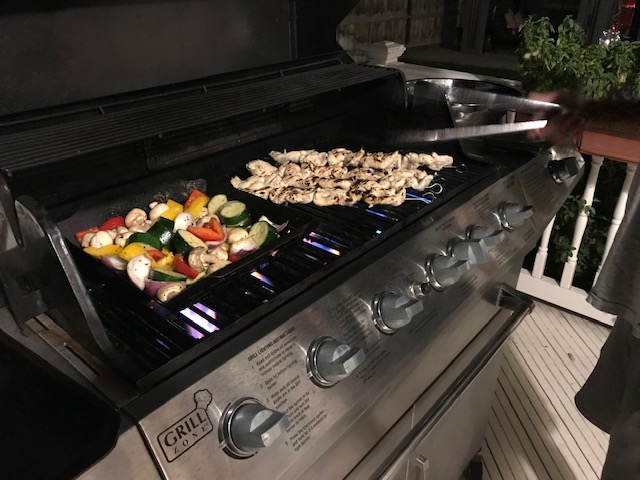 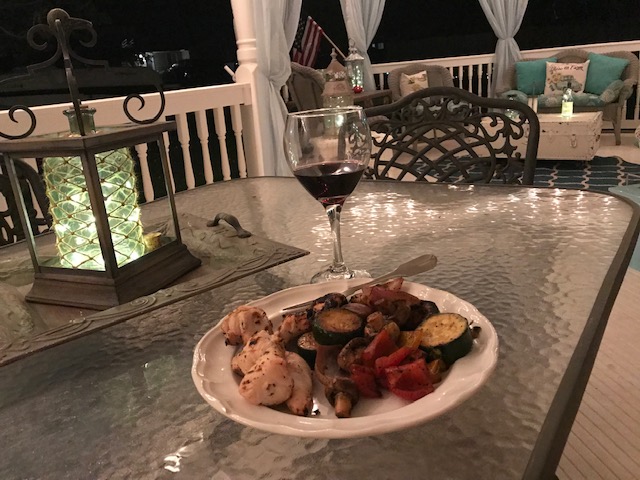 ...as well as a couple of nectarines for dessert. 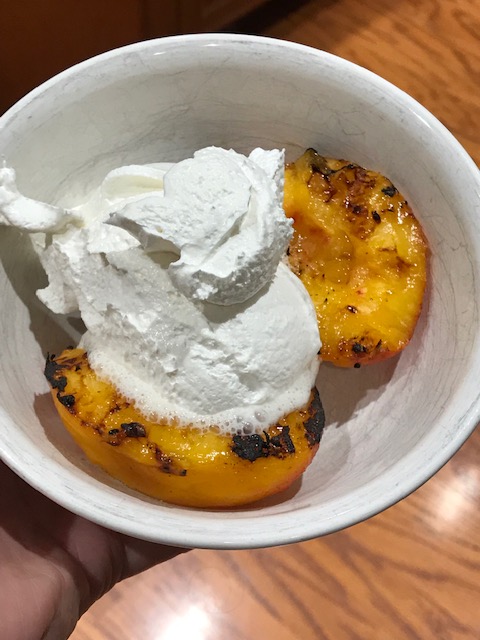 And, that about does it for today. Once I hit publish on this post, I will head upstairs, where Guinness will be keeping my spot warm on the bed.

And, that's about it for a perfectly pleasant, basically relaxing, typically mundane Day in the Life post.

My life, it is so exciting.