Thus Endeth the Season of Poking, Prodding, Scraping, Squeezing, Pinching, and General Plundering of my Person

Earlier today, I endured a procedure that I am far too dignified to describe on this page.

Ah, who am I kidding; I'm about the least dignified blogger you'll read today.

So, about that procedure:

If you have seen the half century mark of life upon this planet, you are probably familiar with this scene.. 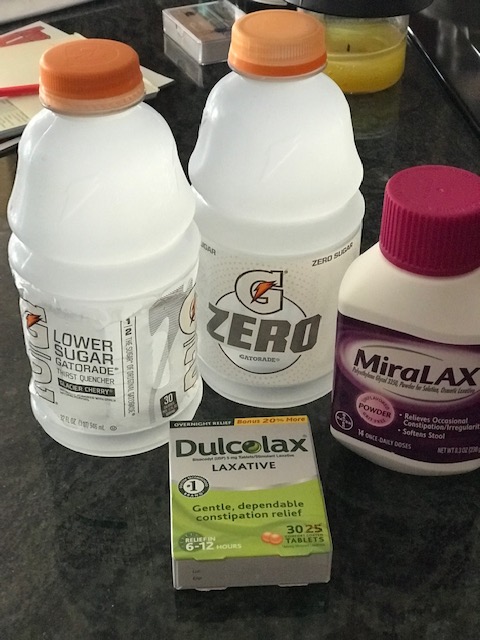 ...and, if you haven't yet reached that awesome milestone, let me break it down for you:

So, here are the Cliff Notes of a colonoscopy:

3 days before the procedure, a diet of low-fiber, easily digestible foods is recommended. For me, that meant not eating any of the staples of my regular diet, including whole grains, vegetables, fruits, etc. Instead, I dined on low fat meats and random things made primarily from white flour and fat. This made me sluggish, hungry, cranky, and bloated. Things were already looking really great for this rite of passage, let me tell you.

1 day before the procedure, I was allowed only clear liquids, which, definitely put a crimp in my ability to participate in our company employee picnic, which, was being catered by one of my favorite Mexican restaurants. Boo.

Instead, I sipped on a sugar free vanilla Italian soda, which, wasn't too bad, but, wasn't a platter of sizzling hot chicken fajitas, either. 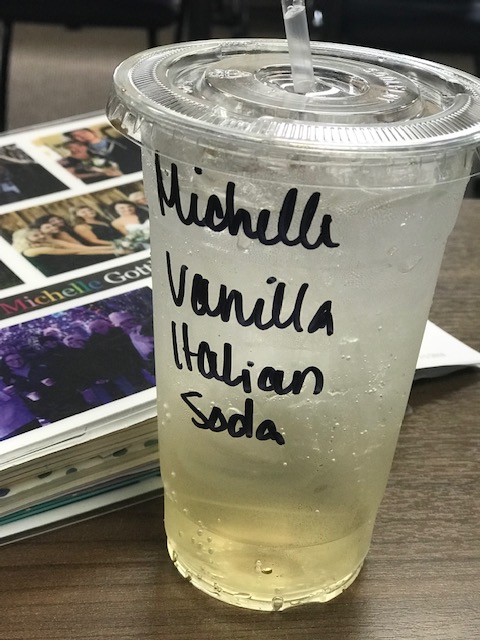 After drinking tea, Italian soda, and vegetable broth all day, I got to take two laxative tablets with a 32 ounce chaser of Miralax, dissolved in Gatorade. Folks, I don't even like Gatorade. Needless to say, choking that down was less than pleasant.

The laxatives kicked in about three hours later and I spent a lot of time "reading in the bathroom", if you get my drift, before finally calling it a night.

This morning, I got to finish off the last 32 ounce of Miralax Cocktail before driving to Neighboring City for the actual  procedure, which, wasn't unpleasant at all, with the exception of the IV stick (rolling veins are my curse). The fact that I was unconscious for the entire thing may have had a little something to do with that. Ok, it had a lot to do with it.

The results of the scope were good; I had one tiny polyp that was removed and will be biopsied, but, according to the very nice (and, not bad looking) doctor, will probably prove to be nothing, given its size.

Unless I am abducted by aliens, that is.