Every day this month, I have walked underneath a banner, hanging over the hardware store door; I assumed it was another sale banner. 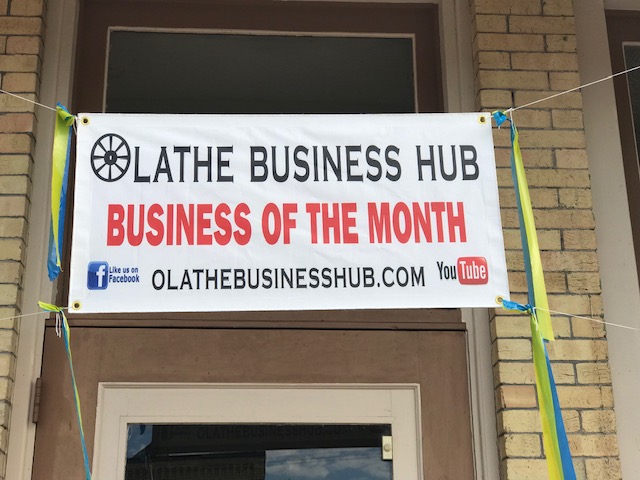 That's right, we are midway through the month in which our family business has been declared BUSINESS OF, and I had not a clue. My powers of observation are to be envied, are they not?

Hugh, it must be noted, failed to inform me of our elevated status, leaving me to discover the fact on social media. That's...actually not that unusual. To defend himself, he pointed out that large banner that I have, in fact, not only wandered underneath, but, expressed annoyance of the streamers dangling from the ties and brushing my head. Every day. For half a month.

To celebrate this prestigious honor, we have contracted with Chris and Jana to bring The Ice Box to the store at the end of the month; we are going to serve snow cones and lemonade to the community as our show of appreciation. It should be a lot of fun.

Speaking of fun, and, of The Ice Box, yesterday, Petticoat Junction hosted its first annual harvest festival. The event was held downtown, and, since I actually knew about it in advance, I was able to assist Hugh and the rest of our staff in manning a booth in front of the store. We offered free popcorn, sold sodas, and had a putting game wherein customers could putt for a discount of up to 25% on purchases made that day. 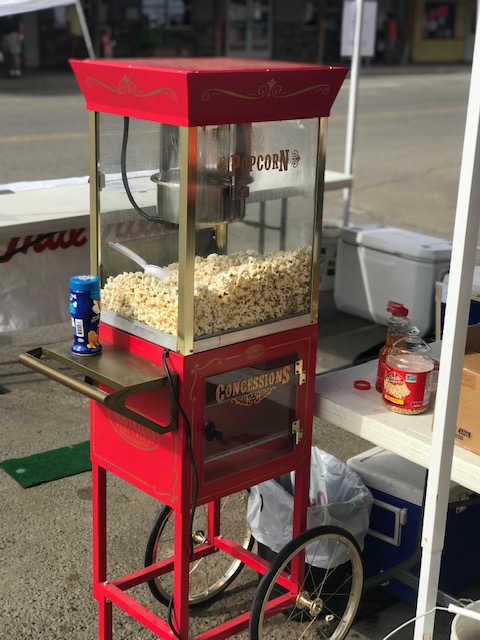 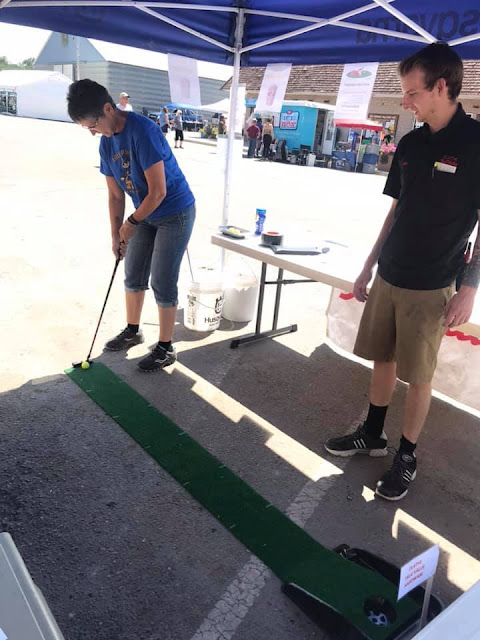 Chris and Jana were there with The Ice Box, which gave me ample opportunity to gush about how well the wedding photos were coming along (the kids got back from their honeymoon yesterday and will get the photos this week, so, I'll be posting more soon), as well as a chance for Boomer to eat plenty of shaved ice, which is one of his favorite things; in fact, I believe he now recognizes The Ice Box and knows that Chris will hook him up because he started drooling before we were even halfway across the street on our way to greet them. 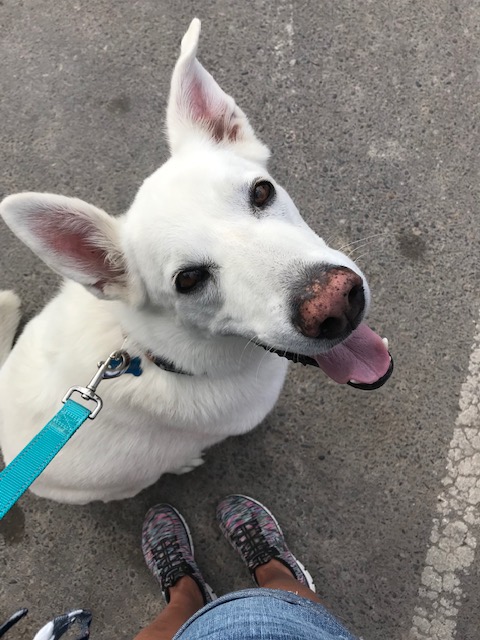 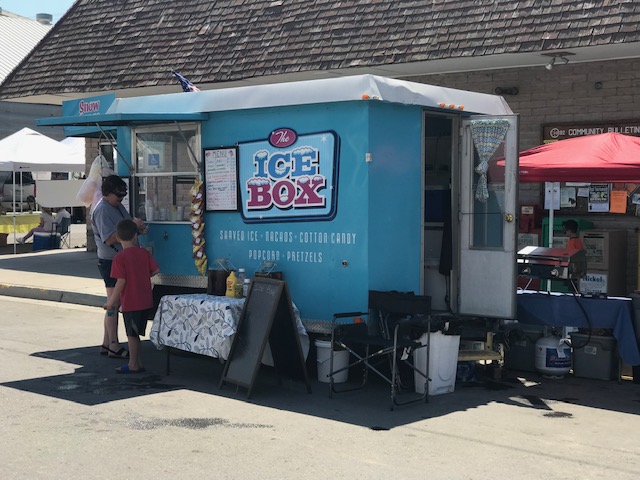 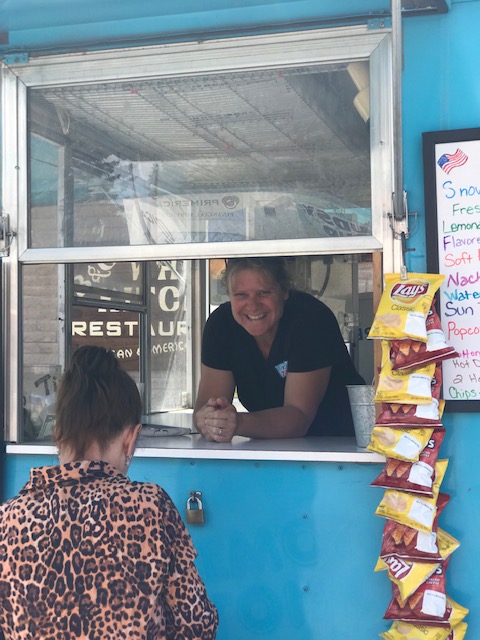 Speaking of drooling (another smooth segue between topics! Who knew I had it in me?), Hugh and I purchased our lunch from the paella vendor, and, can I just say, Oh, My, God! It was amazing! Who would have thought that they could get authentic paella (organic, at that!) in Podunk Petticoat Junction? We're moving on up, folks! 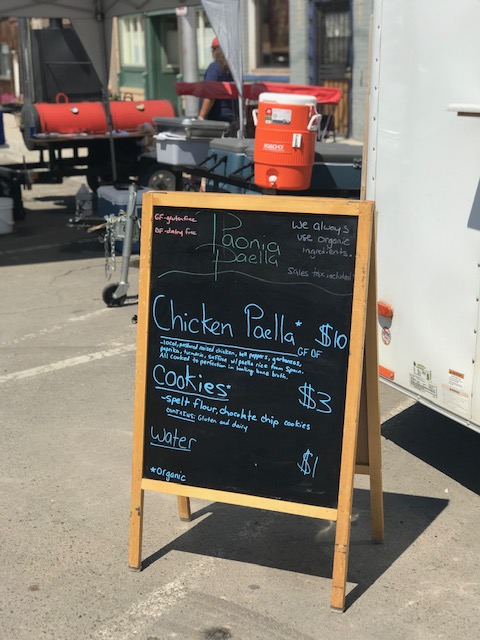 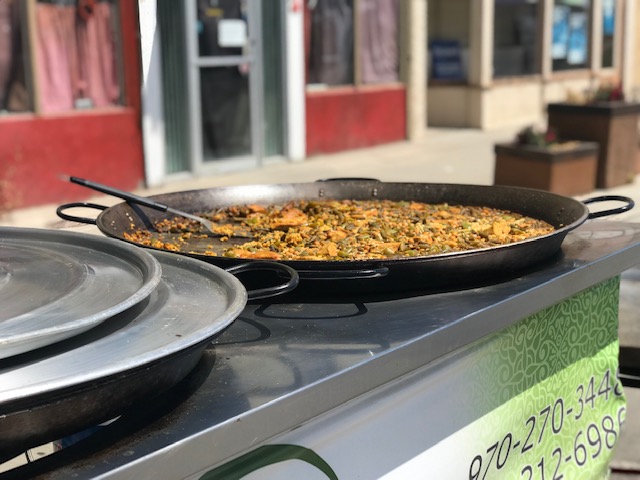 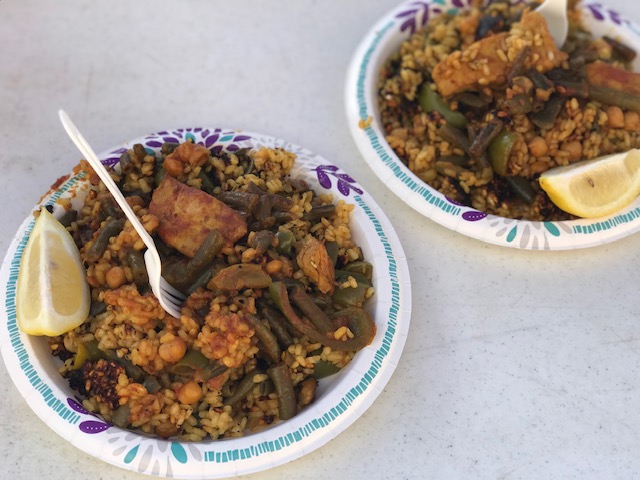 While the festival lasted all day, I needed to head home shortly after lunch, so, Hugh and I took a quick tour of the other vendors, stopping at one of the local farmer's stands for peaches, which we will be grilling for dessert later tonight, when we host Oscar and Emily and some old friends, who are visiting from Germany (more on that tomorrow). We checked out the beer garden, visited with some of the other locals, and then Boomer and I went back to the house, where I spent the better part of the day cleaning the porch and house, in preparation of that dinner that we are hosting. 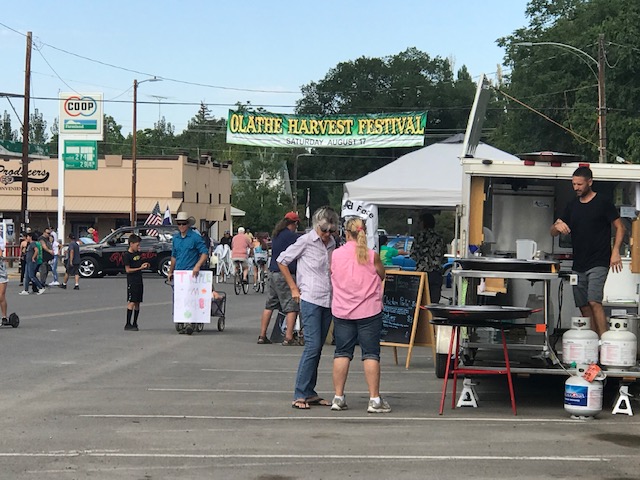 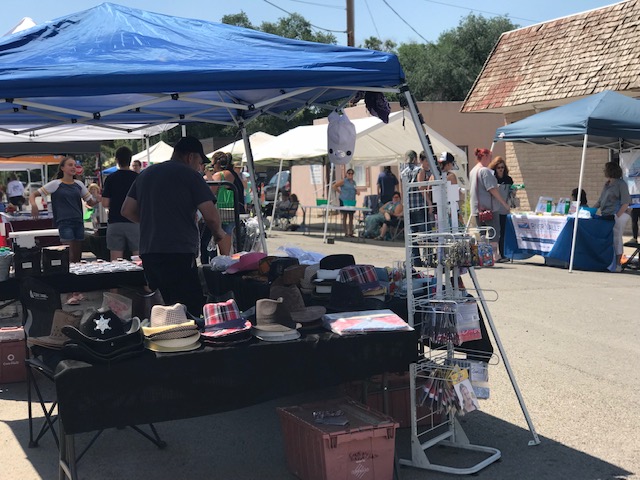 Chris and Jana stopped by briefly after the festival ended (last event of the day was a street dance); they were exhausted, but, had made out like bandits, clearing almost $1,000, which, for an initial $25 investment in fees, was a pretty good return. Maybe they should be the business of the month; at least Jana would be aware.

And that's it for yesterday! For now, I need to get busy editing wedding photos, preparing my house for company tonight, marinating steaks and chicken for dinner, and, finishing up my book work at THE BUSINESS of the MONTH.

I only have two more weeks, people; gonna milk that for all its worth. 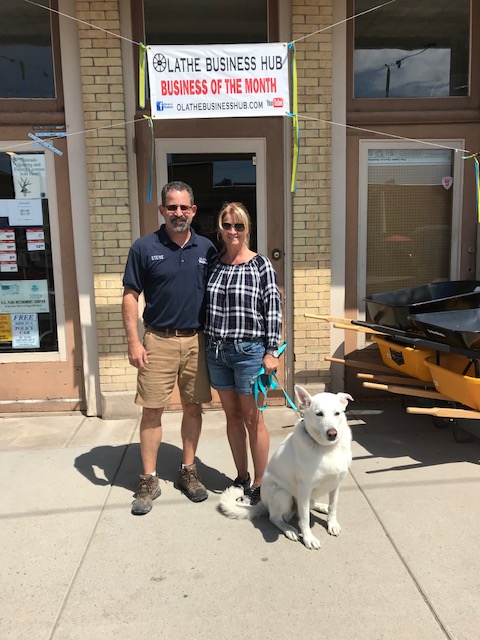