When we began planning for Christmas at Mom's, all of us agreed that we wanted to do as many of our traditional activities as possible; that included decorating a gingerbread house . This year, however, we decided to tweak the tradition by decorating two houses, and, just for funsies, making it a contest between two teams.

I purchased pre-built houses, ready-made royal icing, a variety of candy, sprinkles, and other decorative items, and, on Christmas Day, we drew out of a hat for teams. Ironically, the teams ended up being Boys vs Girls, which, was a total fluke, but, we embraced it and the battle was on.

Team Testicle set up shop on a card table in the living room, while Team Ovary took over the kitchen table. We split the supplies in half, supplied each team with a notepad for design sketching, and gave strict orders about not spying on each other, which, I totally ignored in order to take pictures. Hey! The day had to be documented! 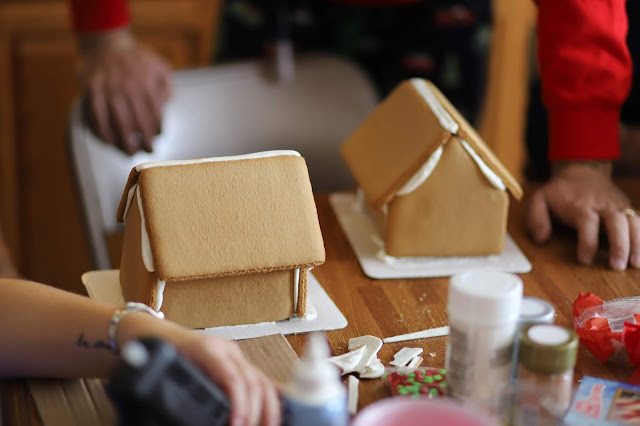 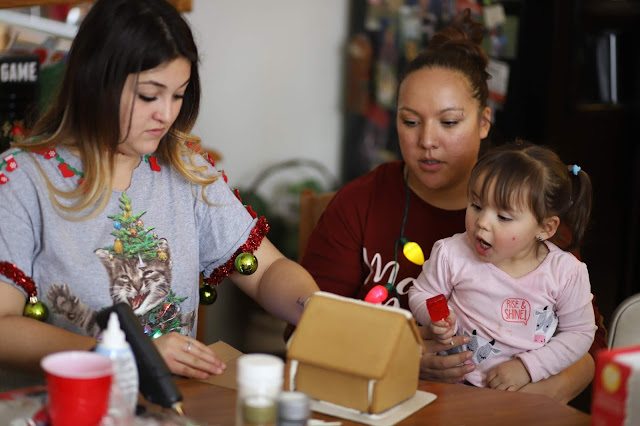 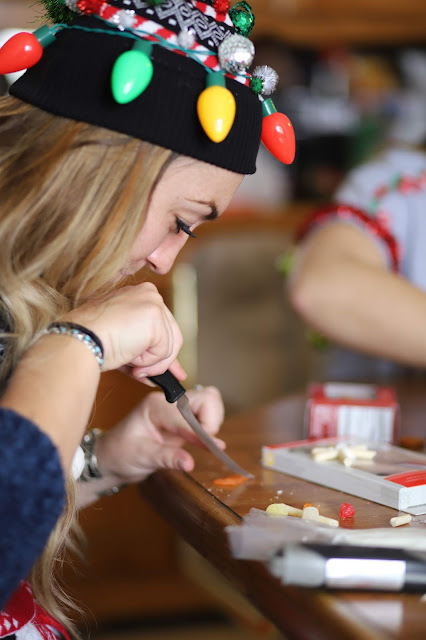 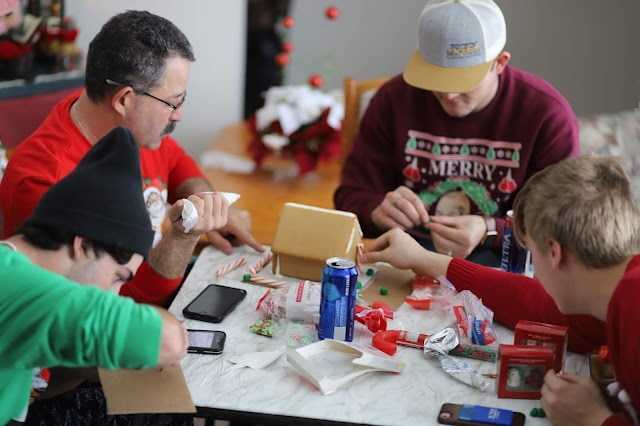 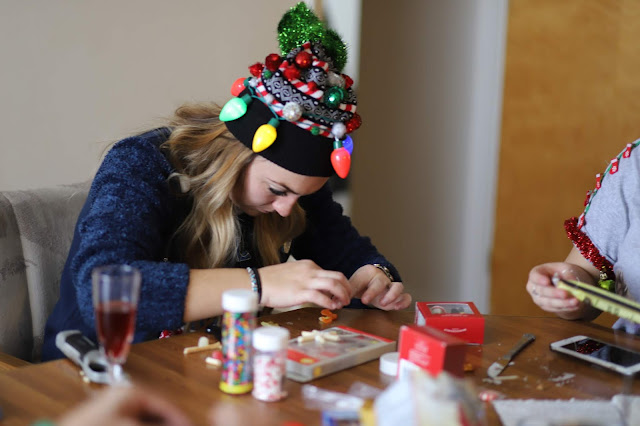 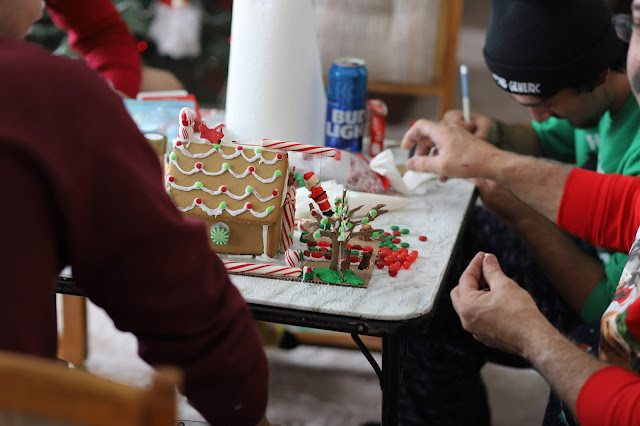 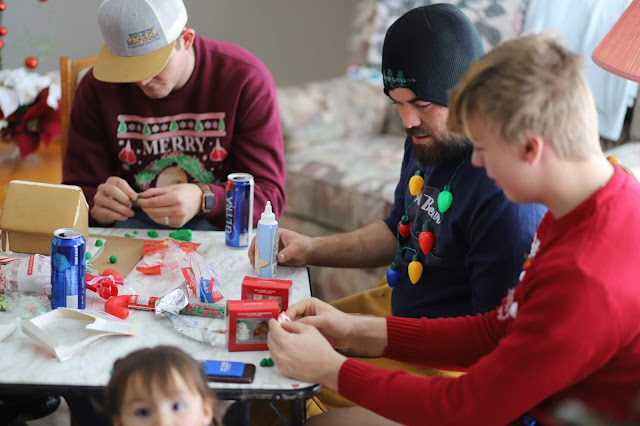 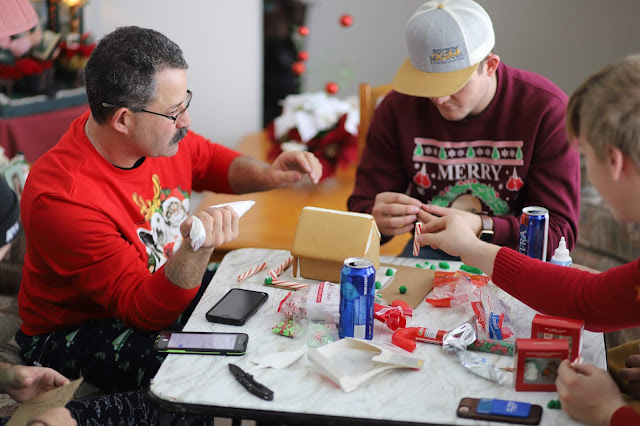 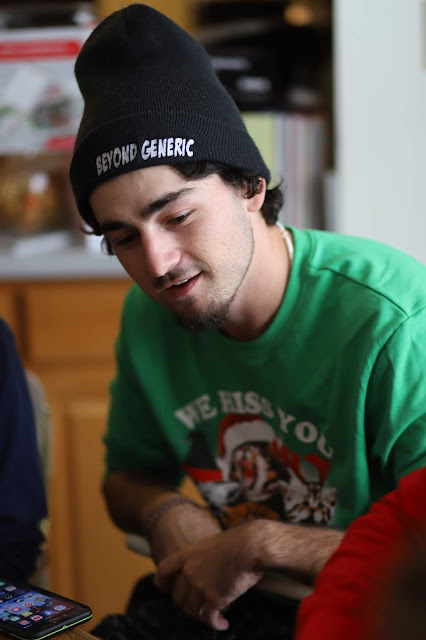 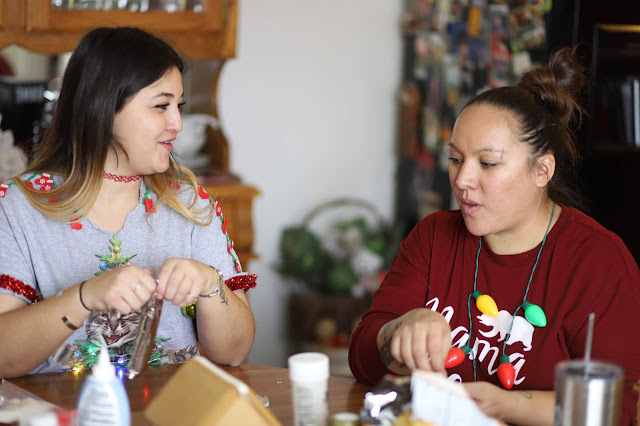 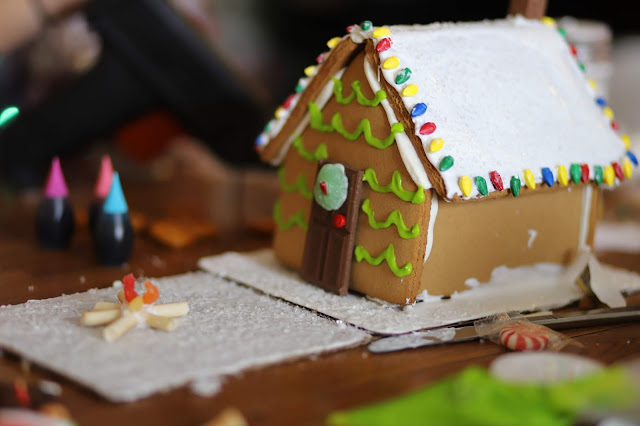 We had a one hour time limit, and, once the timer ran out, we posted the gingerbread houses on social media and opened up the voting. To no one's surprise, Team Ovary emerged victorious by a landslide! I credit that with our flawless design, craftsmanship, and attention to detail. 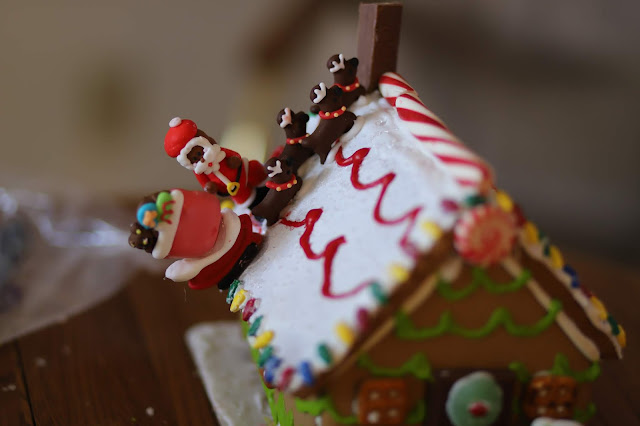 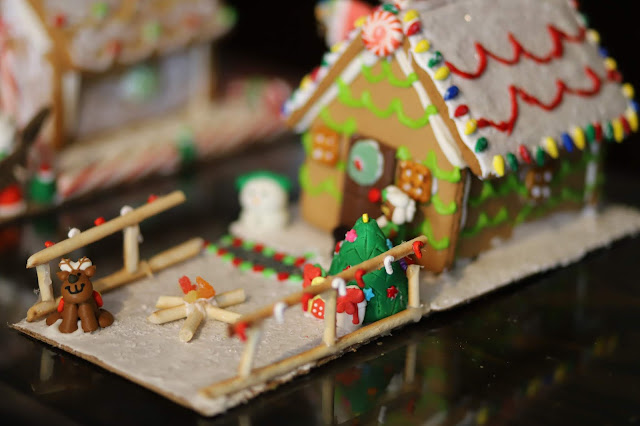 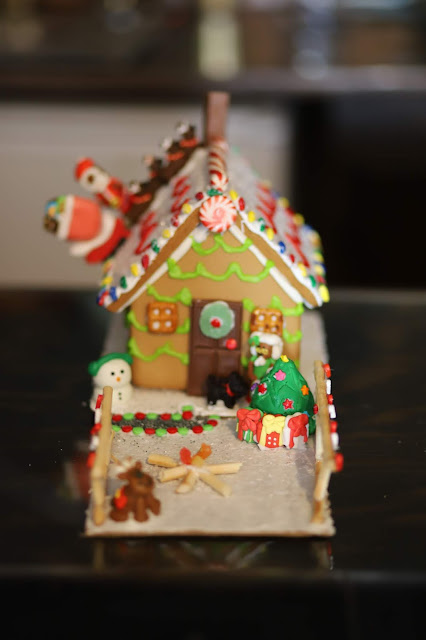 Or, it could be that people weren't really feeling the Christmas spirit in the design set forth by Team Testicle, who, had an entire backstory about the carnage depicted in their design. I think it had something to do with Santa walking in on Mrs. Claus with a reindeer, or something equally horrifying, and, definitely not in keeping with the birth of our Lord and Saviour Jesus Christ. 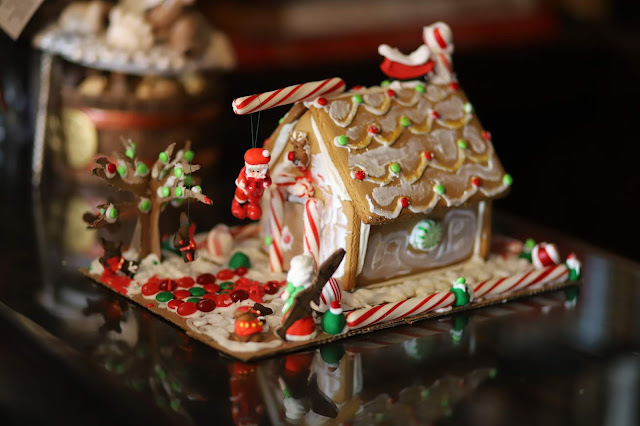 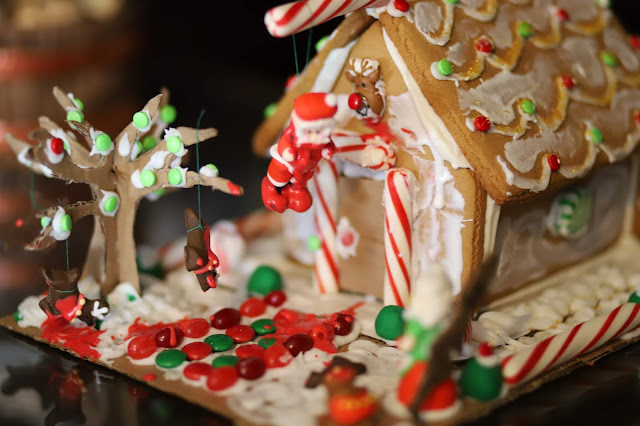 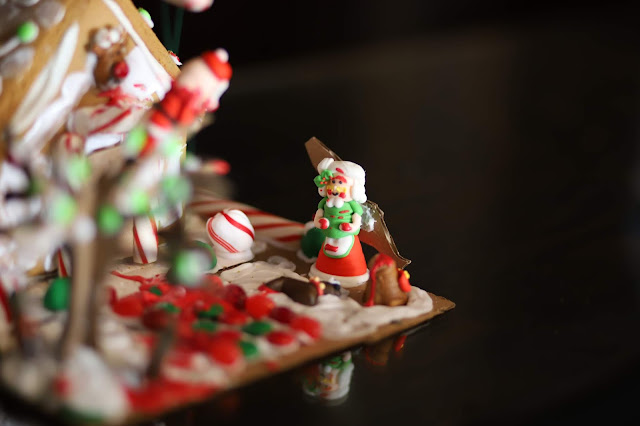 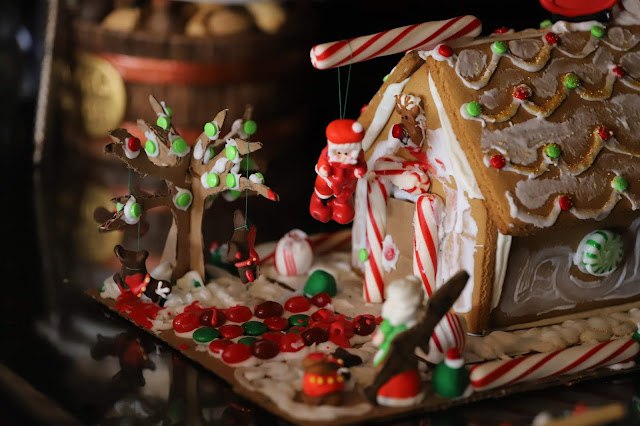 Anyhoodle, winners got bragging rights, and, we were able to check one off the Christmas Bucket List. Score! 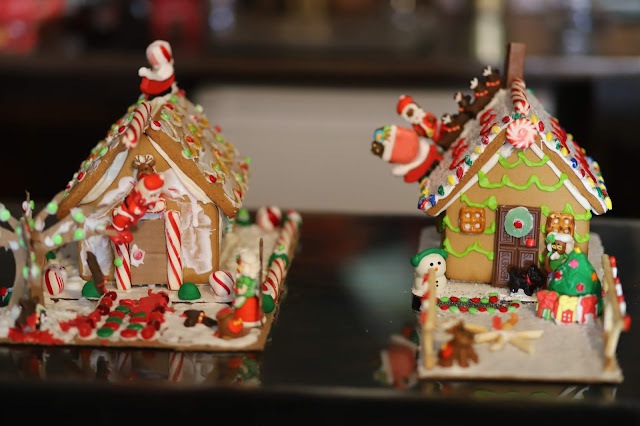