The Man-Cub, Boomer Dog, and I made the trip to Mayberry on Monday morning. We spent the day and evening enjoying the company of my Mom, sister, and nephew, and, by Tuesday morning, I was feeling pretty relaxed and chill. So, of course the universe had to throw me a curve ball, you know, just to see if I was paying attention. 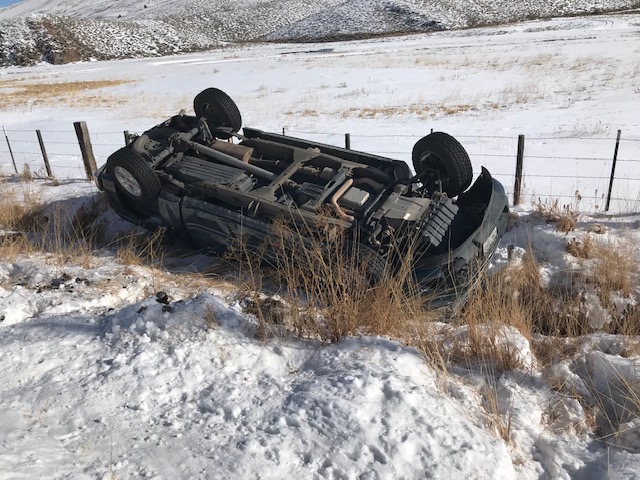 Hugh had spent the previous week on the East Coast, officiating wrestling tournaments, and, had just flown back to Colorado on Monday afternoon. The plan was for him to meet Queen B, who is currently on the night shift at her new job, at our house when she got off work at 7:30 Tuesday morning. Hugh would then drive them both to Mayberry, giving Queen B a chance to sleep for a few hours in the truck.

Unfortunately, a week of crawling around on a wrestling mat, followed by a long day of travel, and a later-than-expected bedtime (Hugh found himself landing in Neighboring City and then spending the better part of the evening and into the night working on a plumbing issue that has plagued Mikey and Queen B in the house in Neighboring City), took more out of Hugh than he realized, and, he must have briefly nodded off at the wheel.

God and his angels were  clearly present in what happened next; the truck, while totalled, provided protection from serious injury during the crash, both Hugh and Queen B were wearing their seat belts (Queen B, when questioned about that by the State Patrol officer responding to the crash, replied "Huckle Buckle, babies!", which, understandably led the officer to question her mental capacity. She was, however, simply repeating the sing-song refrain that I have spouted Every. Single. Time the kids got in the car since they were out of car seats and able to buckle their own seat belts) several Good Samaritans stopped to offer assistance, and, the location of the crash-compared to the terrain around it-was less steep.

Both Hugh and Queen B walked away from the crash, and, while we did have Queen B checked out at the nearby hospital (she was complaining about stomach pains and they wanted to to do a CAT scan to rule out internal injuries), they were relatively unscathed. (the mental and emotional scars will take longer to heal, but, thanks to God, we have time for that).

The accident happened about an hour and a half from Mayberry; the Man-Cub and I drove there to pick up Hugh and Queen B while a friend of ours, who owns a towing company, loaded the truck onto his flatbed to haul back to Petticoat Junction. 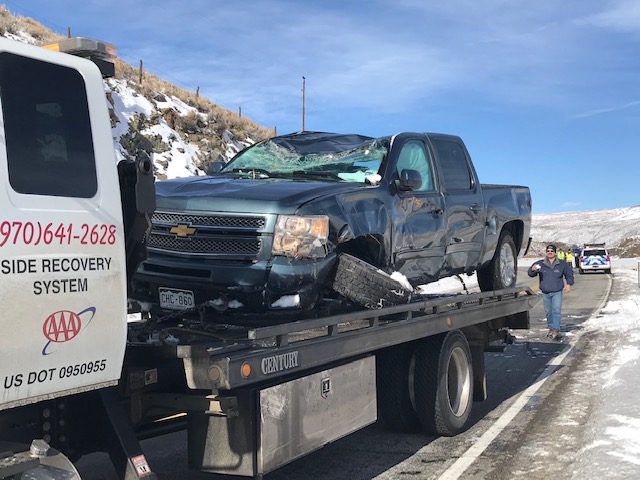 All in all, it could have been so much worse. And, while I never hope to spend another Christmas Eve in a similar situation, it certainly solidified my faith in God as well as my gratitude for the sacrifice He made when he gave us his son. Apropos for Christmas Eve, don't you agree?

P.S. Seat belts save lives, y'all, so, huckle buckles, babies!