Friday evening, Hugh, Mom, and I were all set to drive into Hooterville for a drive-through live nativity that one of the local churches was presenting. I was really looking forward to it, and, since Mom has been out of the house a total of about four times since she came to stay, she was too.

So. Of course it was cancelled at the last minute. This time, however, the cancellation can't be blamed on the 'Rona, but on the snowstorm that swept through the area Thursday night and into Friday. Still, boo.

We made the best of it; we cracked open a bottle of wine, dialed up the Hallmark Channel, and relaxed in front of the fire. Which, actually describes a fairly typical evening these days, but, still, could be worse.

Saturday evening was a departure from the routine, however, but, I'll get to that in a minute. Saturday morning, Mom and I busted out the Kitchenaid and got busy making my Christmas cookie specialty, which, is cut sugar cookies. I hadn't made them in a few years so I was expecting to be a bit rusty. I need not have worried; they turned out perfectly! In fact, they may be the best batch that I have ever made. 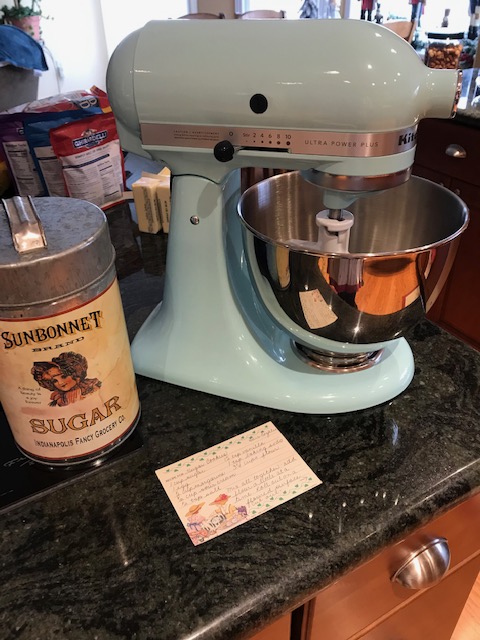 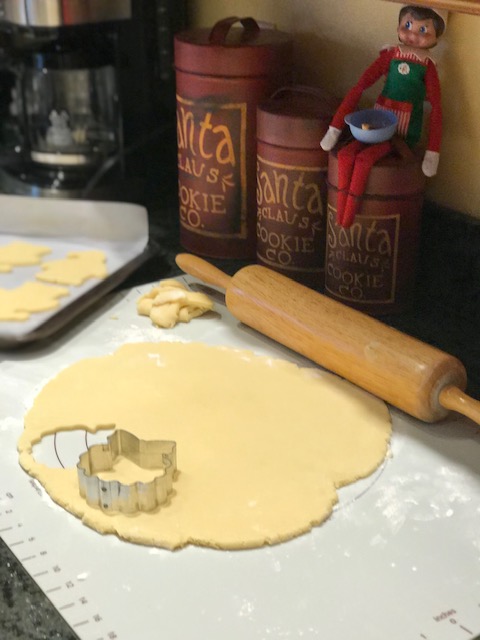 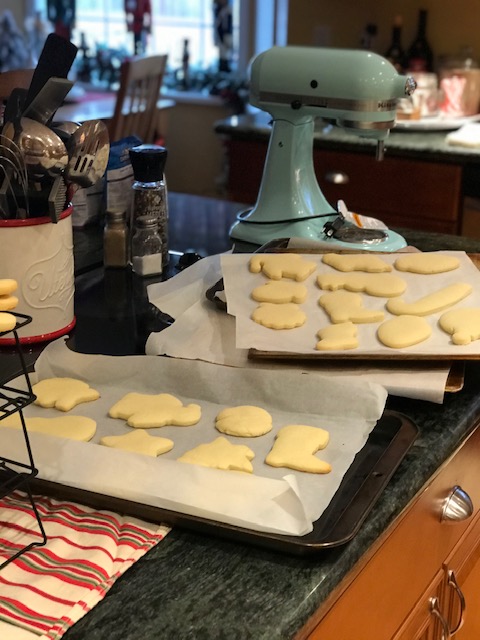 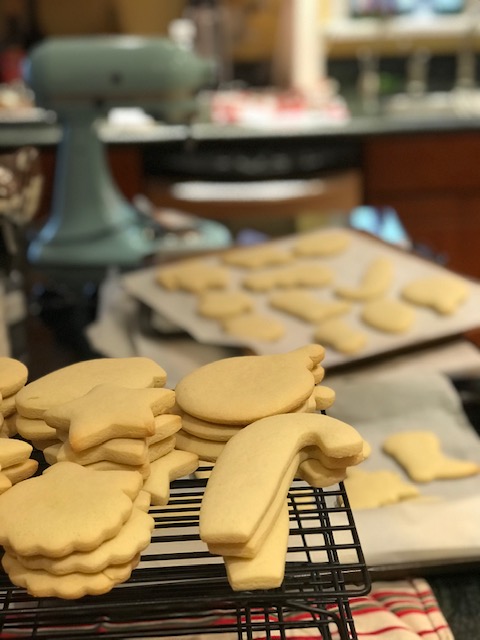 They are now in the freezer, awaiting a date with a pastry bag full of buttercream frosting, which, will happen next weekend, when the Man-Cub, Queen B, and the Rodeo Princess join us for a decorating party.

Did I mention the Cub is coming home on Tuesday?! He is! I am so excited!

Anyhoodle, once we were finished cutting cookies out of sugar cookie dough, we bundled up for Petticoat Junction's annual Miracle on Mainstreet Parade of Lights. Except, this year, the parade was cancelled by the town council. Boo. But! The community rebelled, and, an unofficial parade was organized by community members, which, ended up being better than any Christmas parade that I have watched since we moved to Petticoat Junction. I hope the town council takes notes for next year*. 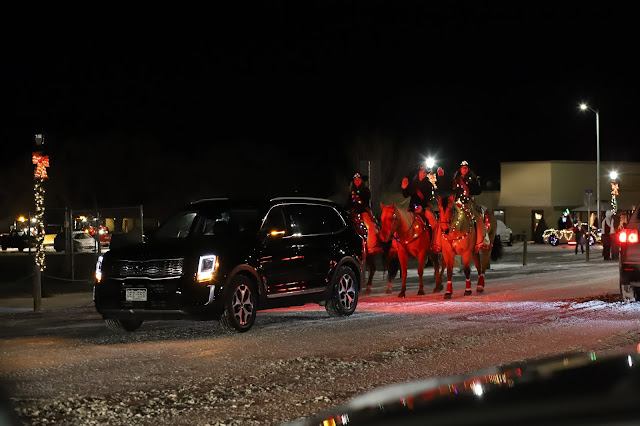 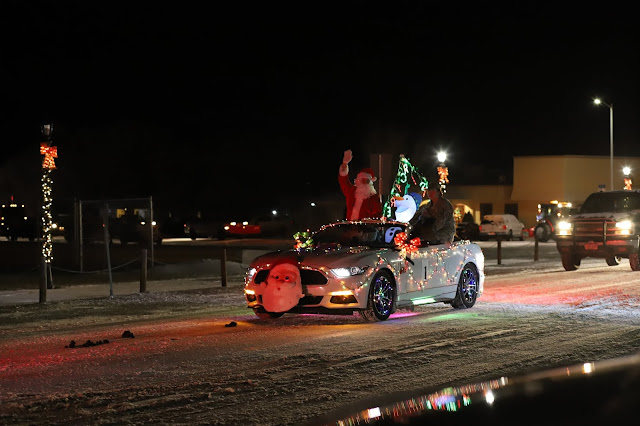 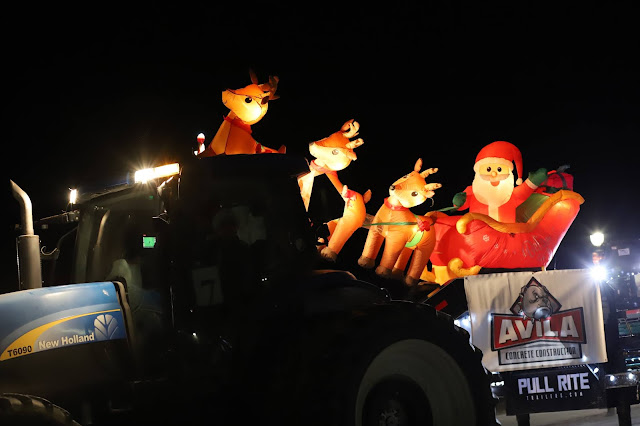 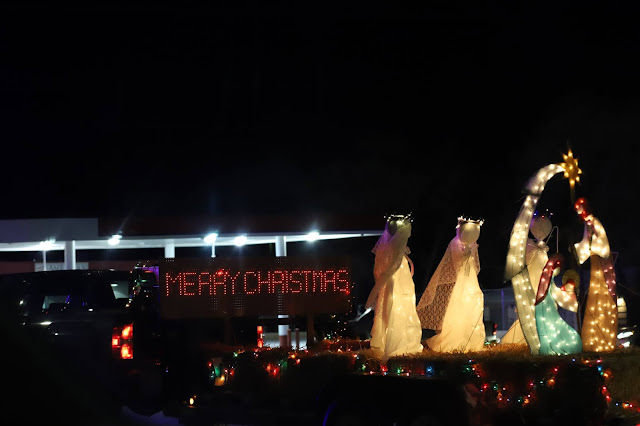 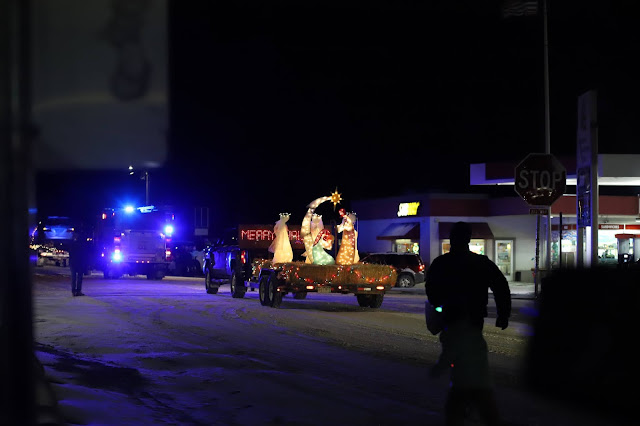 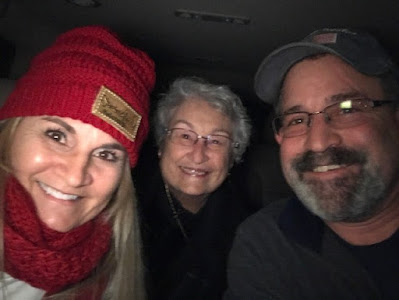 After the parade, we drove around Petticoat Junction, sipping hot cocoa from my vintage plaid thermos, and judging Christmas lights for an impromptu decorating contest sponsored by the hardware store. And, by impromptu, I mean Hugh and saw one house that was so well done, we decided-in that moment-that they deserved some recognition. So, why not give out gift cards to the homeowners we felt did the best job decorating this year? Why not, indeed? So, we drove the entire city limits (I don't exaggerate when I say Petticoat Junction is a small town) and identified five houses that met our very strict criteria for winning a prize. And, by strict criteria, I mean that their decorations made one or both of us happy.

Tonight, we are going to drop off the gift cards, and, if the homeowners are ok with it; take a photo of each house to display on the store's Facebook page. In the meanwhile, I have work to do at the store, laundry to wash, and two other varieties of cookies to bake.

*Ironically, most of the council members participated in some "unofficial" capacity in the parade, including Hugh, who took it upon himself to direct traffic at one of the intersections on the parade route. So, while the parade was not officially sanctioned by the town leaders, it was most definitely supported by them on the down low.