This past week has been so rushed and chaotic, Christmas Eve practically  snuck up on me. Last night, I finished my wrapping, including the stocking stuffers, so at least I feel somewhat prepared for tomorrow.

Today, we have lots of plans, and, God willing, we will actually see them come to fruition; this year has taught me a lot about well-laid plans and the many ways in which the universe can derail them, so, we shall see.

Speaking of well-laid plans and the chaos of this week; Hugh's birthday was on the 22nd and, I had plans. So, of course the universe threw us a curve ball in the form of an overnight theft at the hardware store. Hugh was rudely awakened before dawn with news of the robbery (the thieves cut the lock off the gate to the back yard, backed a truck in, hooked up to our brand new log splitter, and drove off with it) and had to spend his birthday filing police and insurance reports.

By dinnertime, he was in no mood to go out for a birthday dinner, so we ordered takeout Chinese and called it good. He loved the cake I had ordered for him, though, so that at least helped. 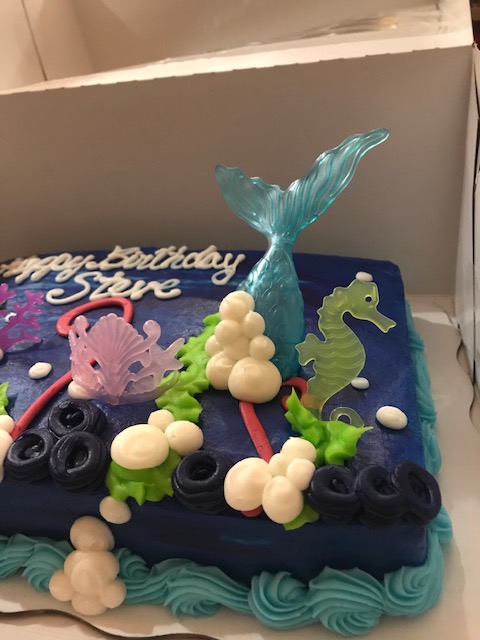 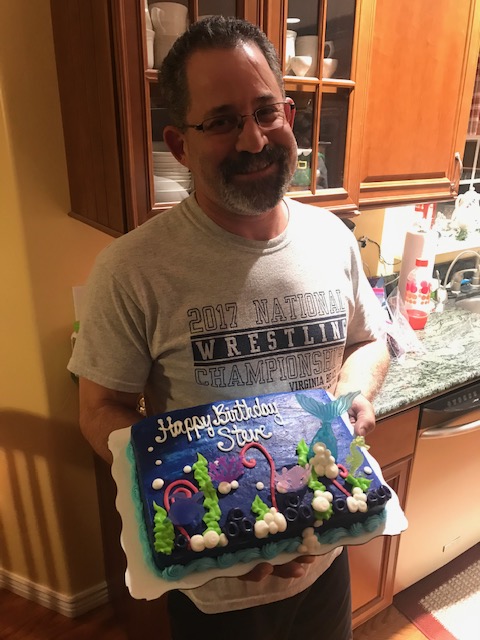 In case you haven't heard; Hugh has a thing for the Little Mermaid

In other good news from the week; we got to see the Christmas star on the 21st. And, yes, I know it was a conjunction of Saturn and Jupiter and not a star, per se, but; it was the Christmas Star to us. And, getting to see Mom enjoying it was such a special treat. 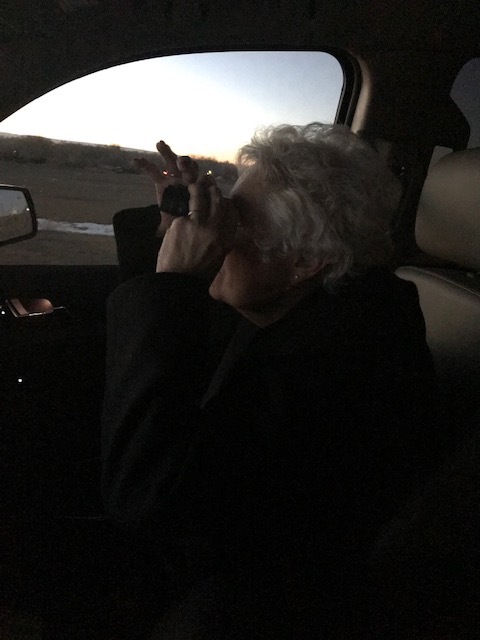 Yesterday, I shut the door on New Job, and (also God willing), will not return to work until January 4th. Today, Queen B arrives and the family will be joined by the Rodeo Princess and the Man-Cub's girlfriend for an evening of fun Christmas activities (please don't smite me, universe).

I plan to post more today, including my annual Holiday Home Tour, but, if it doesn't happen, it won't exactly be shocking.