The last time we spent Christmas in Mayberry was 2019, pre-pandemic, pre-Not So New Job, and pre-relocation to Texas for Queen B.

That time, Hugh and Queen B were involved in a rollover accident on their way down and that sort of set the tone for what 2020 would bring. If only we had known.

This year, the trip down was far less eventful. The Man-Cub had gone down earlier in the week, to spend time with Mom and to assist her in the final decorating that she wanted to accomplish prior to hosting the whole family. Queen B and the Rodeo Princess had also driven down (up) from Texas, arriving early enough to help with some cookie baking and other treat making. My younger sister, Barbie and her son had arrived not long after the kids, and, my older sister arrived earlier on the morning of our arrival. The gang was all there.

Hugh and I loaded up the Tahoe on Thursday morning and headed down following an eye appointment  that he had scheduled months ago. In light of my PTSD from his recent driving history; I drove. 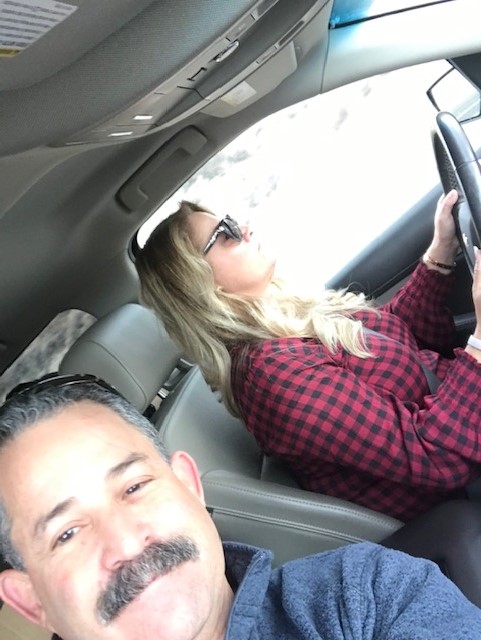 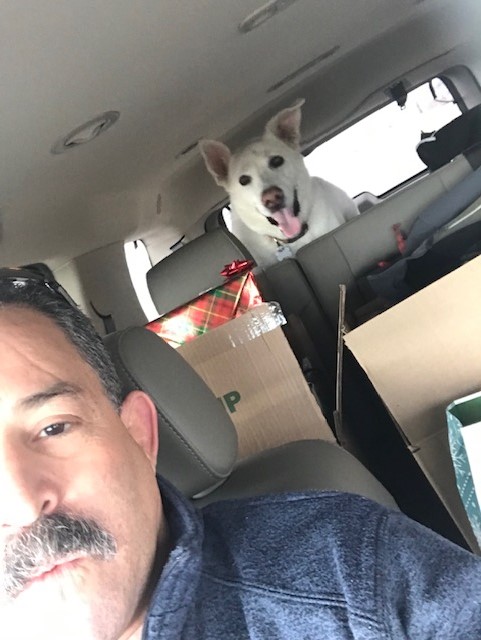 As soon as we arrived, our visit was a whirlwind of activity, including cookie decorating... 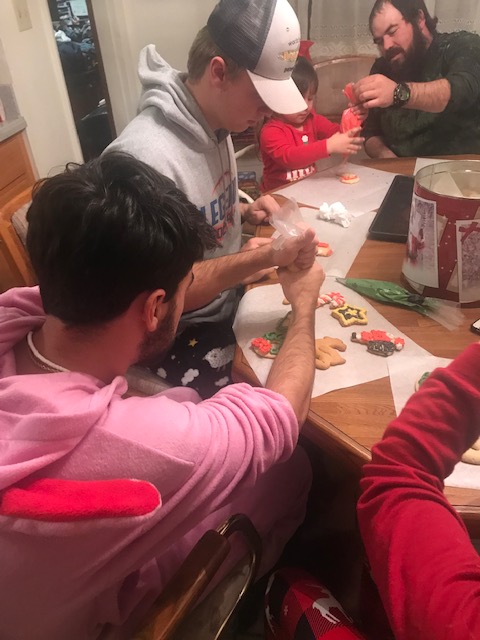 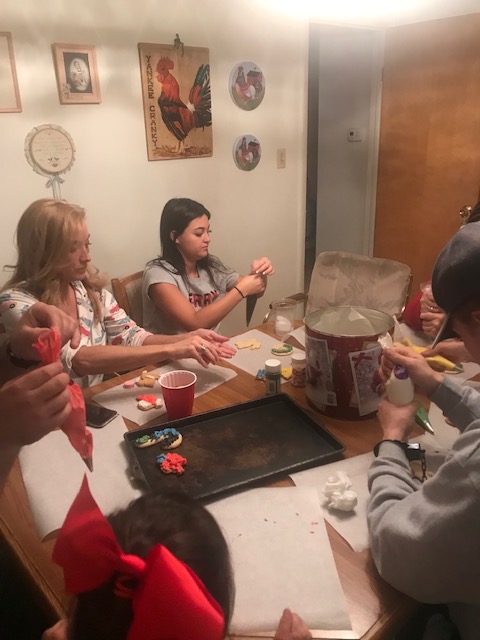 ...the cocktail competition that I wrote about in a previous post... 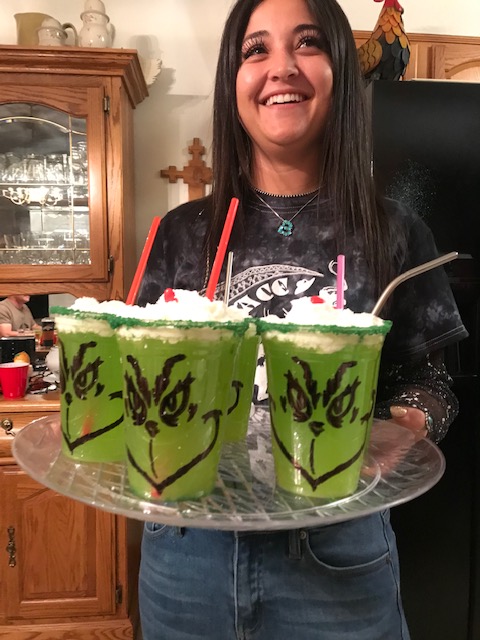 ...and lots and lots of eating, visiting, and reminiscing. We also got in some quality rest, as evidenced by the bodies strewn throughout my mother's family room. 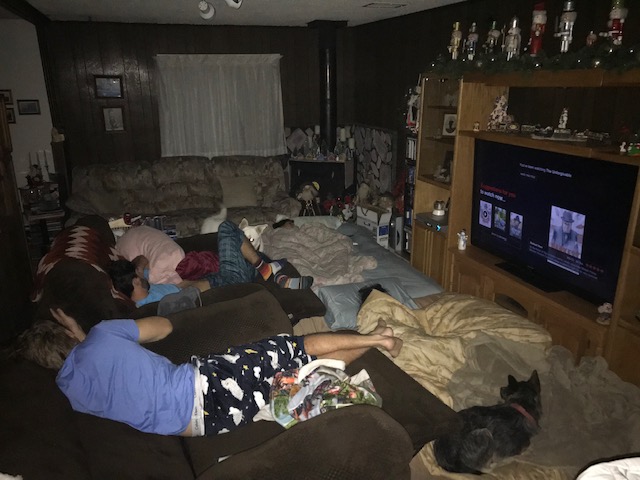 On Christmas morning, we opened presents a little later in the morning than we expected, considering we had our four-year-old great niece in attendance; back in the day, my sisters and I would have roused the house before the sun was up. 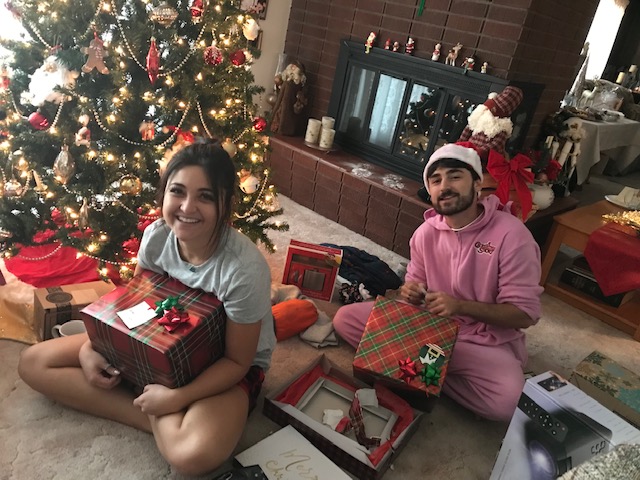 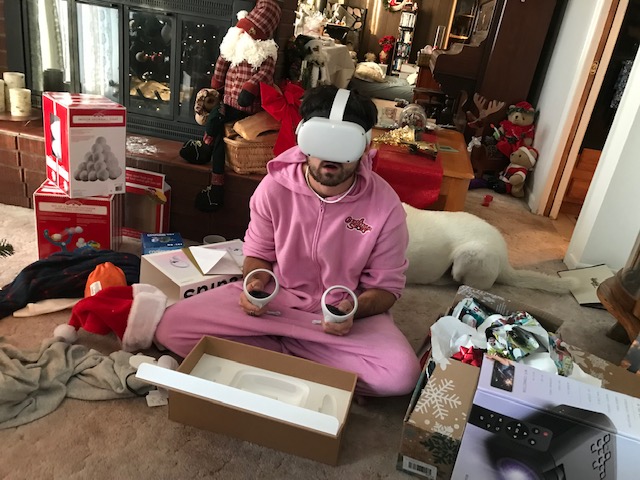 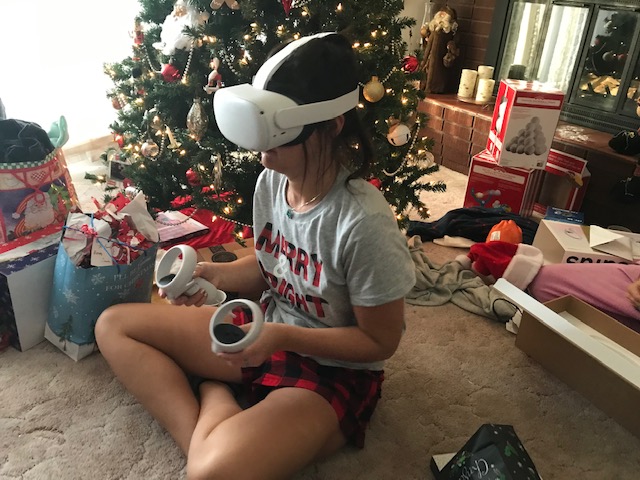 We rounded out the day with an amazing turkey feast and a marathon viewing of Hallmark movies, complete with a drinking game, making up the rules as we went along (as one does).

The following day, we were back on the road, but not before posing for some pictures and visiting Dad's gravesite, where we dropped off a wreath in his memory. He loved Christmas and his loss is still felt so acutely on the holiday. 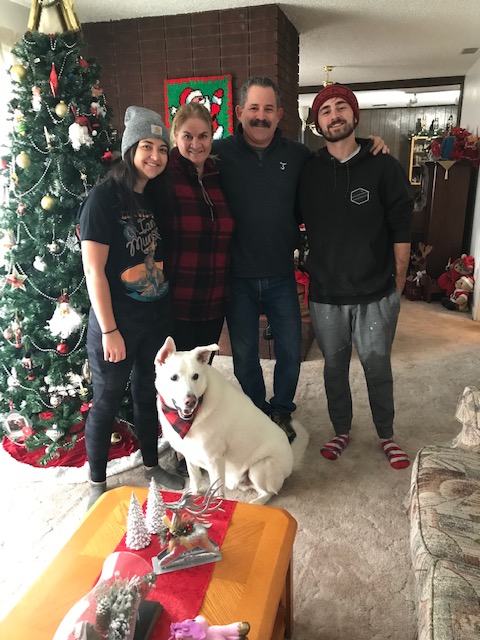 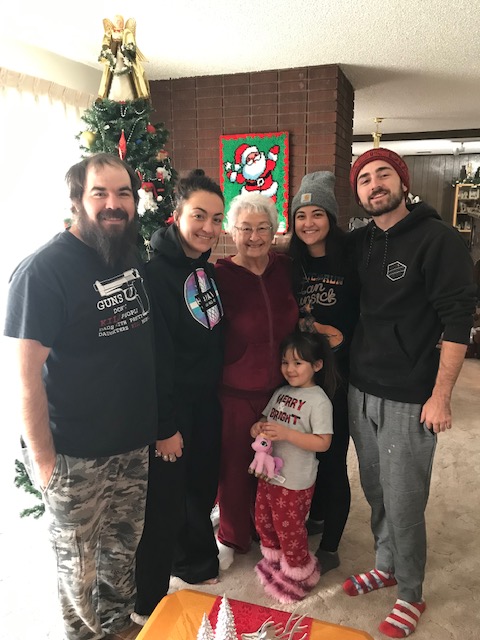 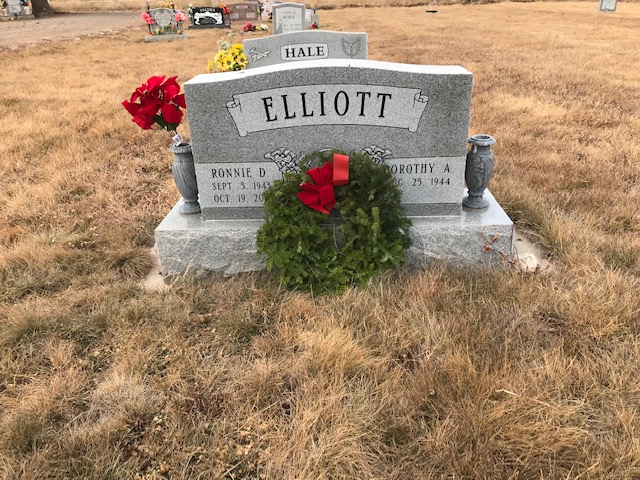 Everyone made it home safely, and, we are ready to start thinking about next Christmas. Ok, maybe not quite ready, but, I do have some ideas for my next entry in the cocktail competition...