On Sunday, December 12th, we decided to show Sam and Mikey around the North Shore. But, first, we stopped at the swap meet to check out the prices on locally made items and other souvenirs. We also got to watch a man cutting and serving a fresh coconut, which was cool. 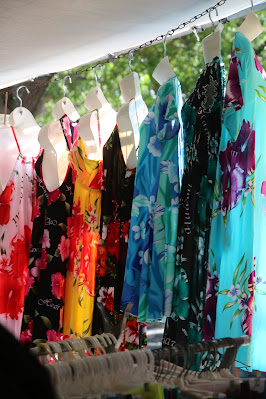 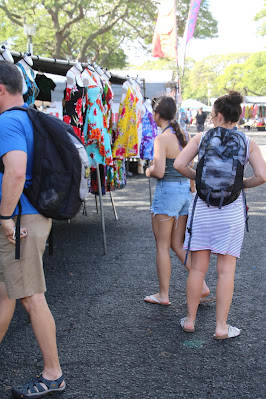 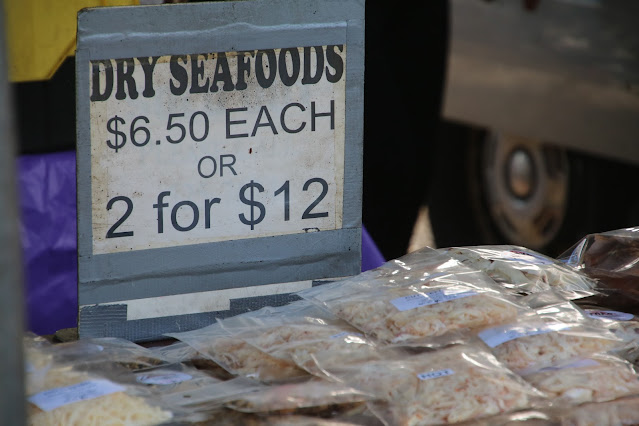 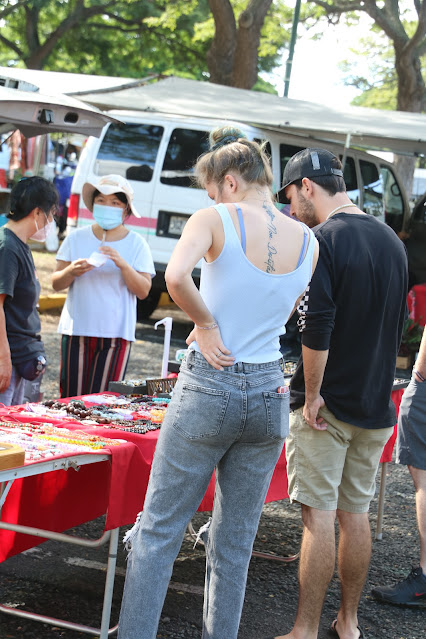 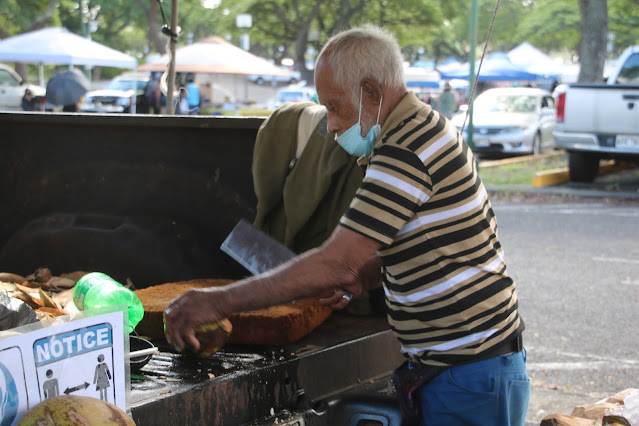 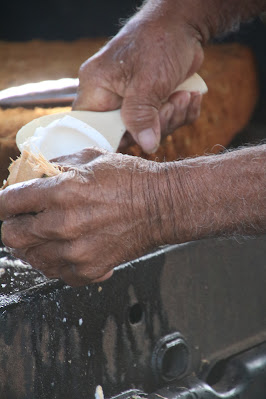 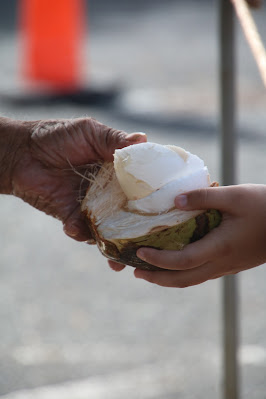 Once we made it to the North Shore, we spent the majority of the day relaxing on the beach. The kids checked out the rock-jumping situation, but only the Man-Cub and Mikey were up for the challenge. 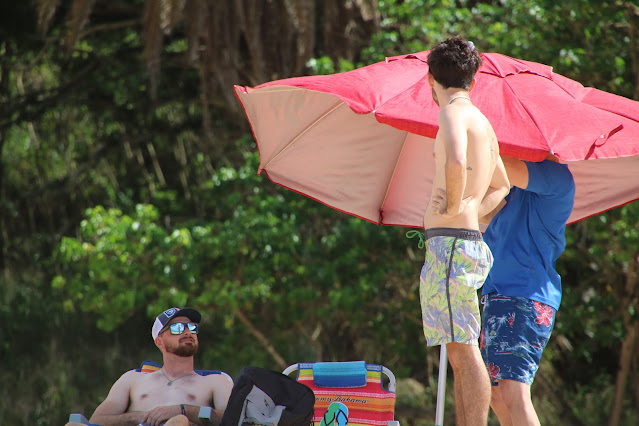 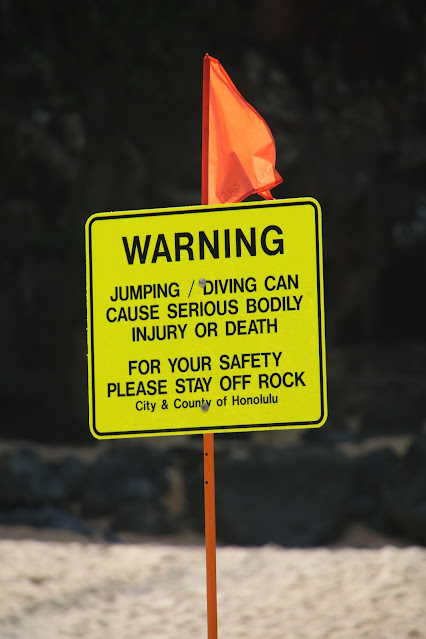 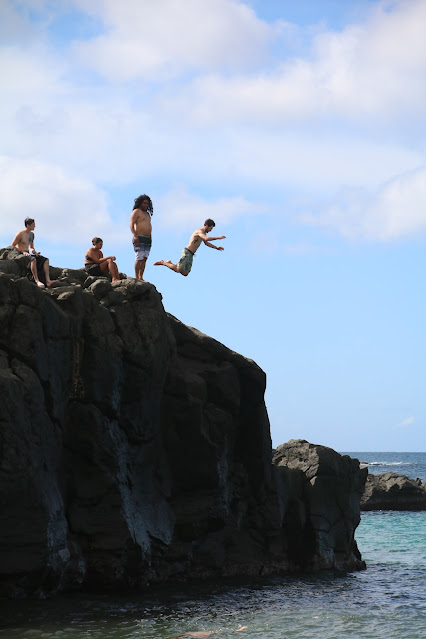 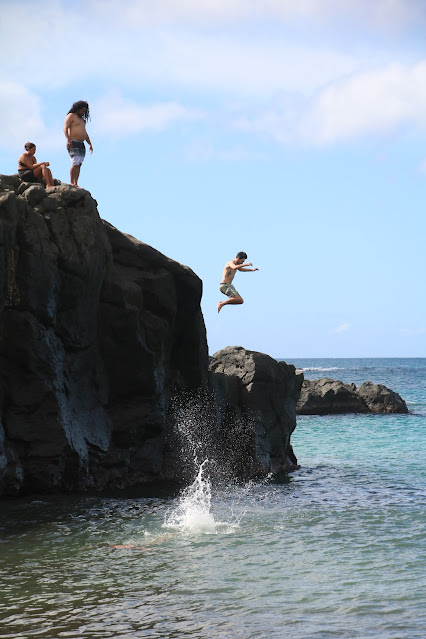 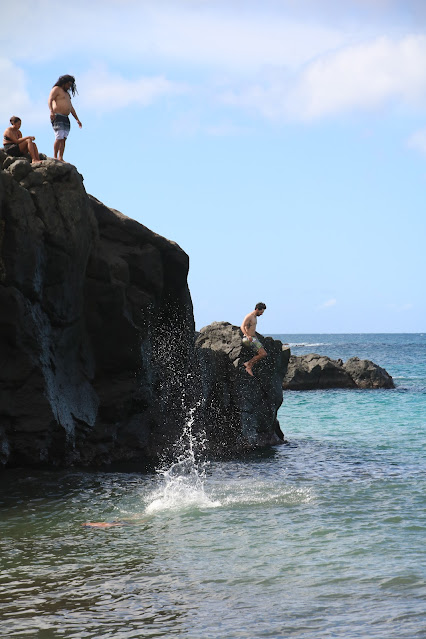 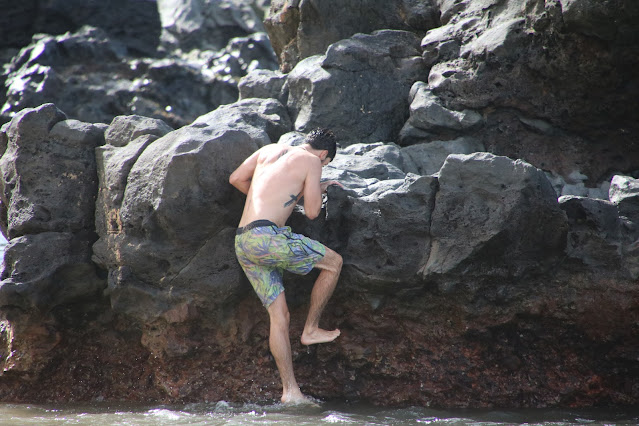 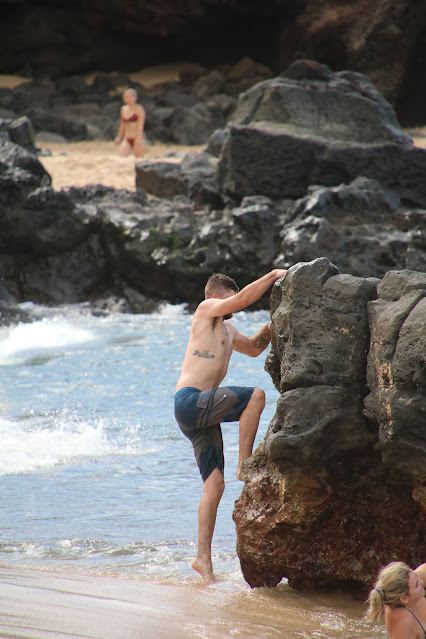 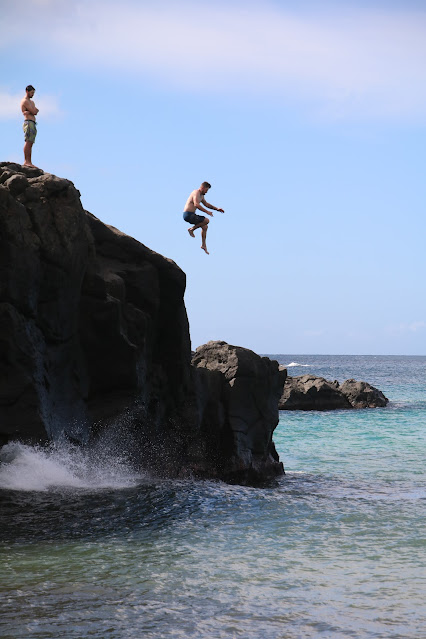 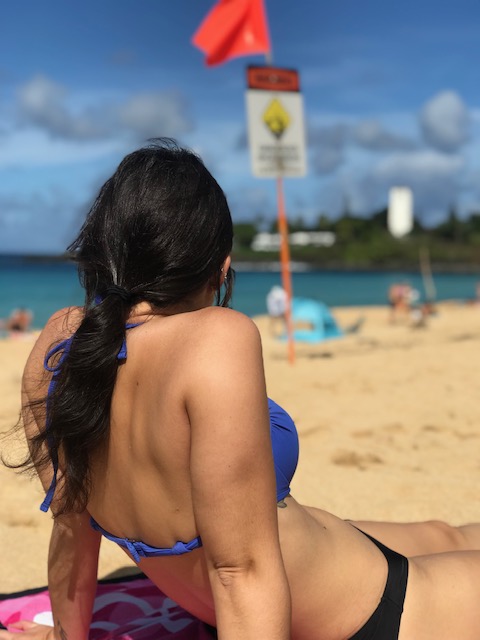 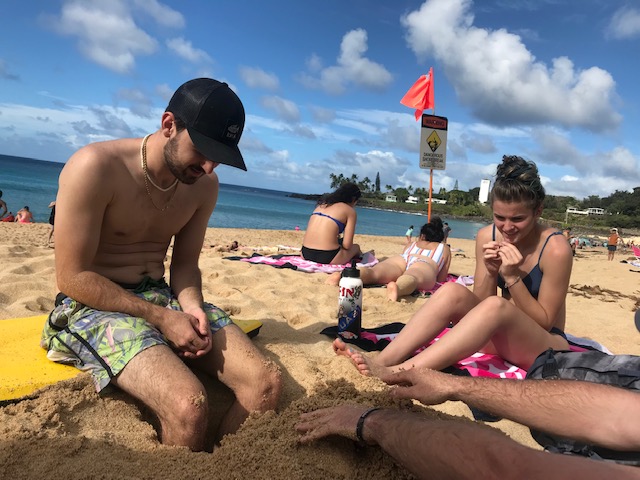 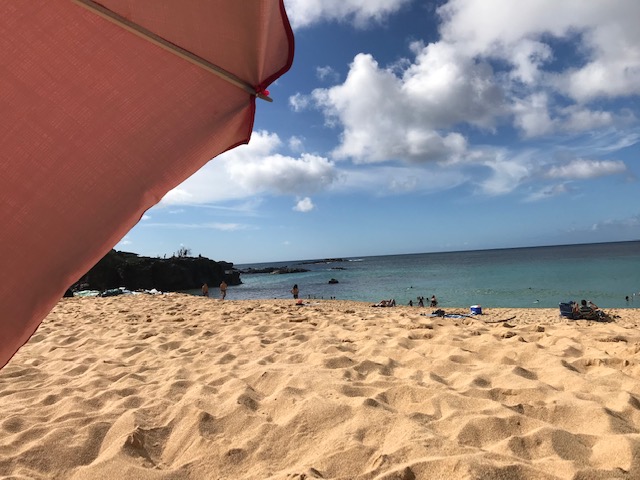 Before we headed back to Kailua, we hit a food truck park for an early dinner. 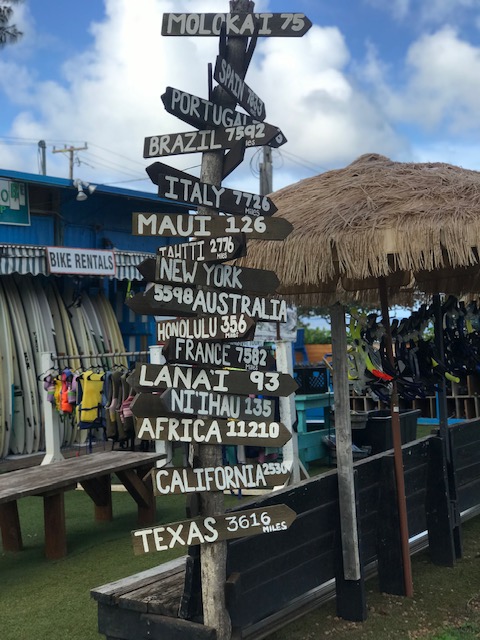 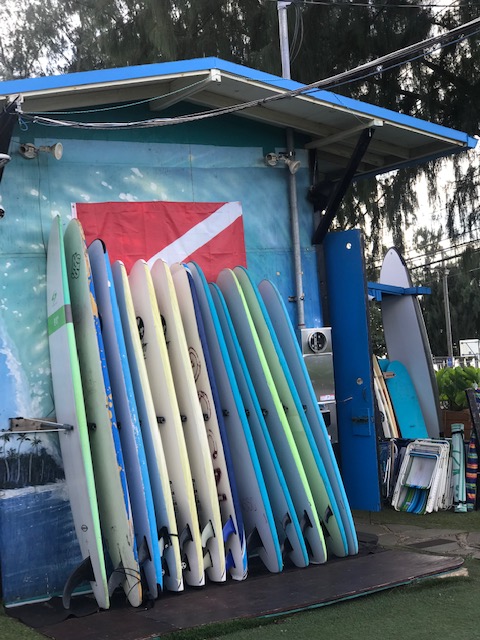 And, then, on the drive, we found one of Hawaii's numerous beach swings and we took the opportunity to play on it for a while. 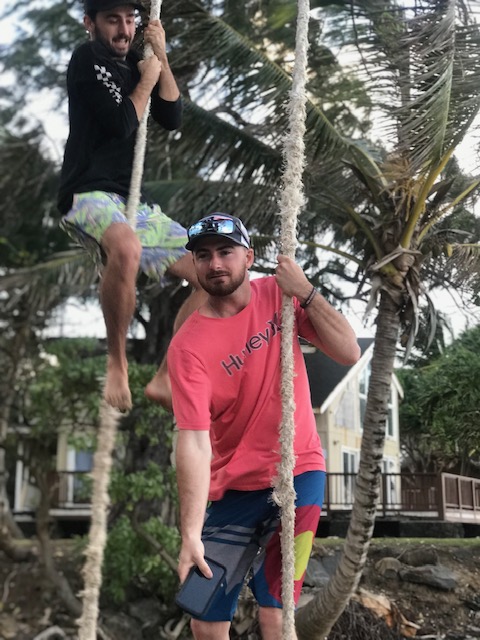 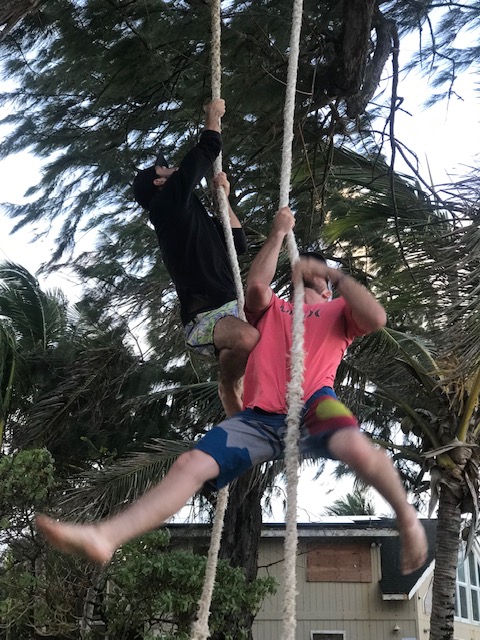 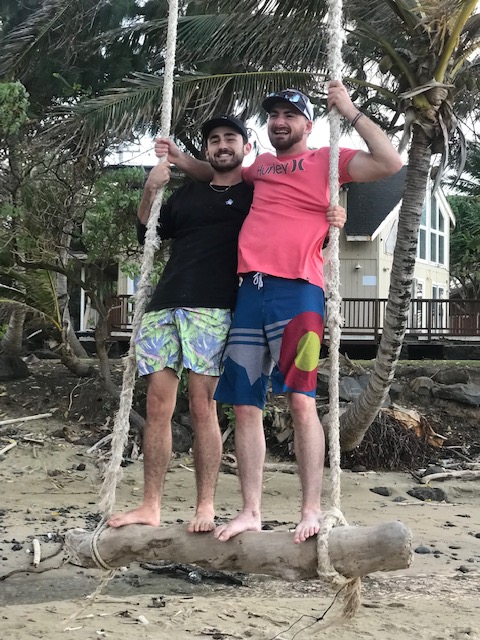 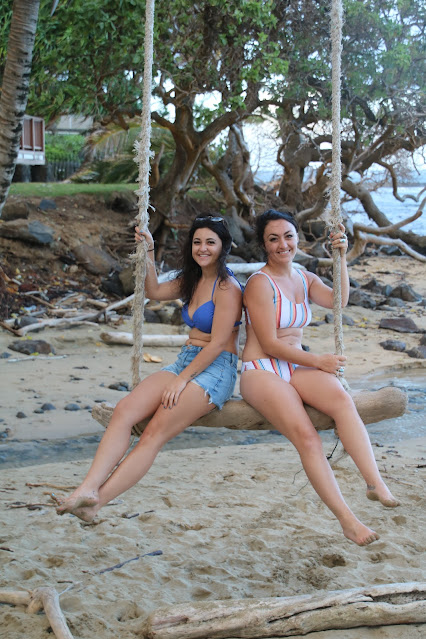 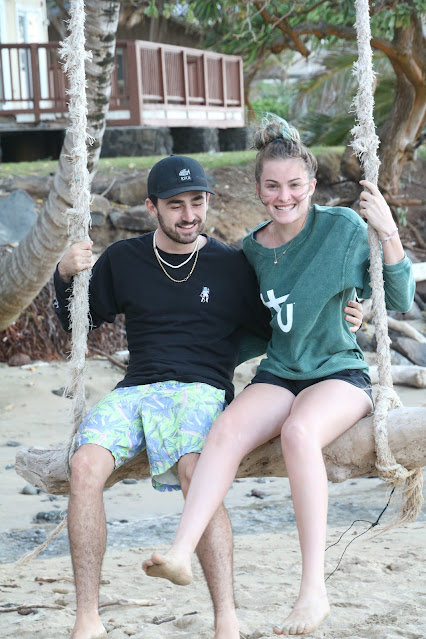 We ended the day with a drive through the holiday light show at Aloha Stadium, because I wanted the kids to get a chance to see Christmas lights, Hawaii-style. Later in the trip, we checked out the holiday displays in downtown Honolulu, but I'll share those in another post (hey, you were warned). 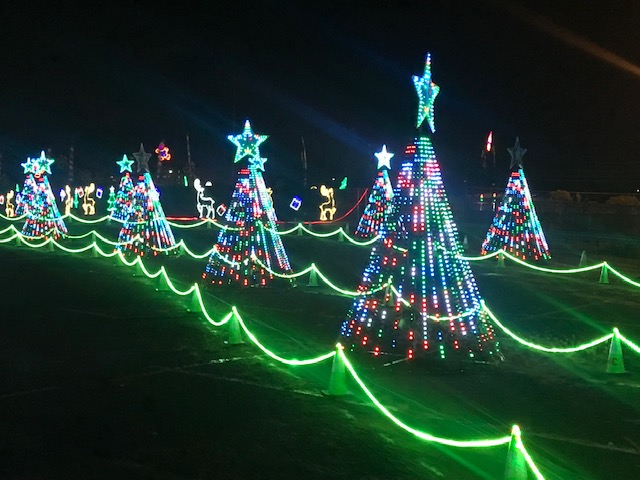 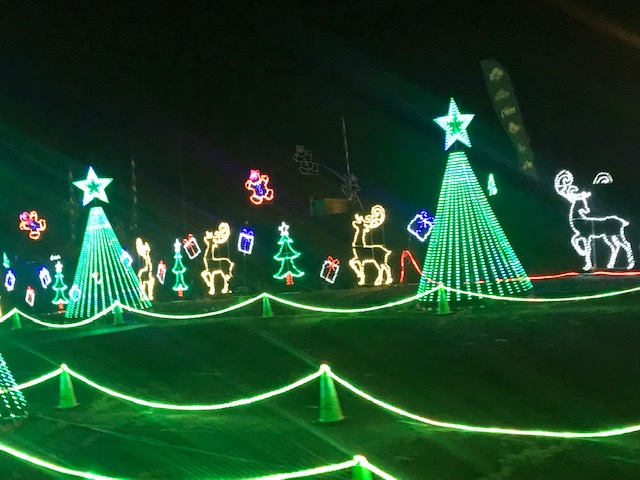 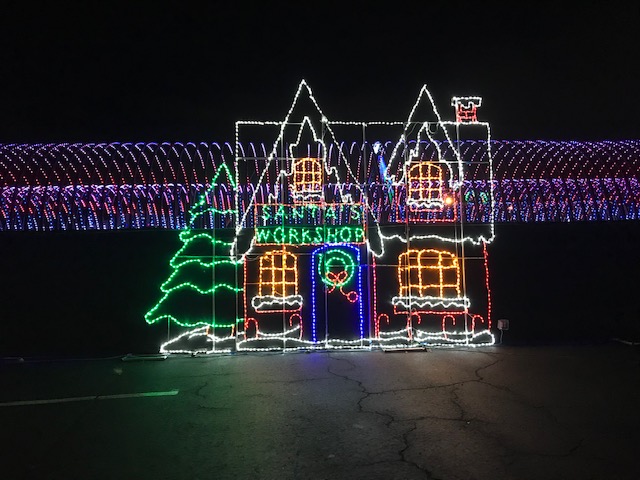