We introduced Finnigan to Rowdie last night. The introduction went better than one might expect when placing a kitten weighing less than one pound in the path of a one-hundred-and-five-pound Labrador with boundary issues. 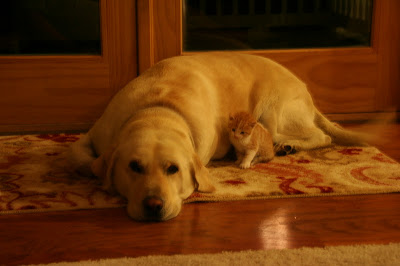 Rowdie was as well-behaved as he knows how to be which is to say; he kept the slobbering to a minimum and was careful not to roll over on top of the kitten, squishing him into a ginger pancake. 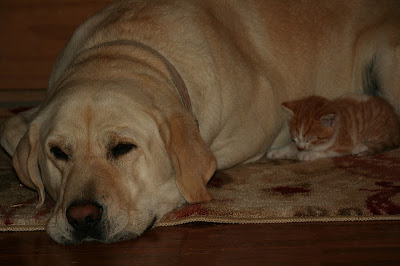 For his part, Finnigan showed no fear of the ginormous dog and instead, seemed to view him in equal parts plaything/surrogate-parent; initially utilizing Rowdie's tail as a chew toy before cuddling up on it like a baby in its' mother's arms. 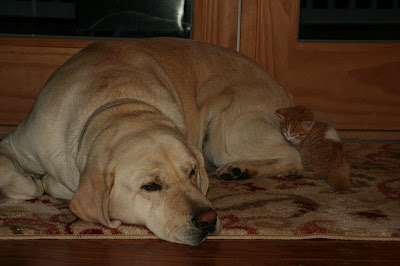 Rowdie was unfazed by either action; I think he's missed Gilligan every bit as much as the rest of us. 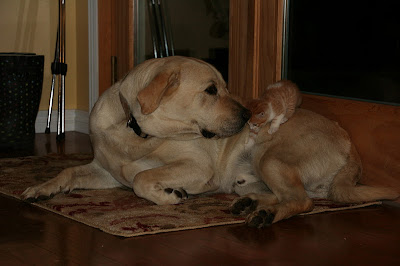 I imagine he'll let Finn put on some weight before they begin plotting to take over the house.
Posted by Chelle at 8:39 AM