My Schedule is Scarier than Any Horror Movie 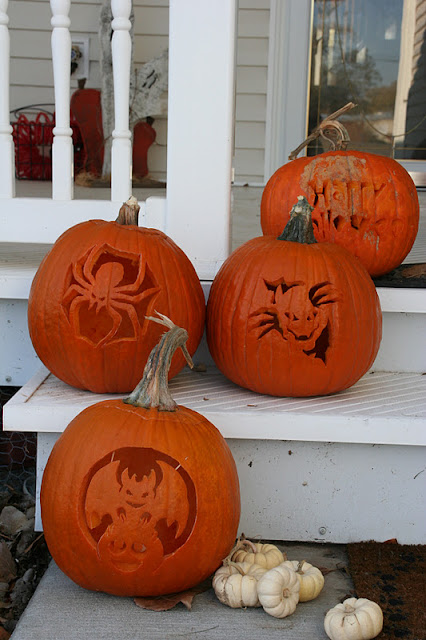 We are coming off a very busy weekend and I am almost too exhausted to give Halloween my usual degree of energy. Of course, I have part of the day left in which to recuperate so; I'm sure I'll come through.

Just how busy was our weekend, you ask? Well, Friday, following a full day of work, I spent four hours at the elementary school, helping the P.E. teacher set up for the annual Halloween Carnival. Technically, I was supervising my ASTRA kids while they helped with the set-up but, there was an awful lot to be done and, since the P.E. teacher just happens to be one of my ladies who "Porch Night"; I would have felt guilty just sitting around while everyone else worked.

Saturday, Hugh and I were up with the sun (and, with the son), to attend the Man-Cub's basketball tournament in Hooterville. The boys played hard, winning their first game by a decent margin before falling in a two-point heart-breaker to the team that they had beaten (ironically, by two points) last Tuesday (or, was it Thursday? The days, they are all blurring together) in the second game.

After the tournament, Hugh and I ran some errands, including a stop at the Natural Market to pre-order my Thanksgiving turkey (yes, Thanksgiving, already. Just be happy I haven't set up my Christmas tree, yet) and a stop at the Hellmouth for some last-minute Halloween supplies.

Later that night, we all donned costumes to attend the Carnival where The Teenager and her ASTRA cohorts were the hit of the night-running eight game booths and providing comic relief where necessary. 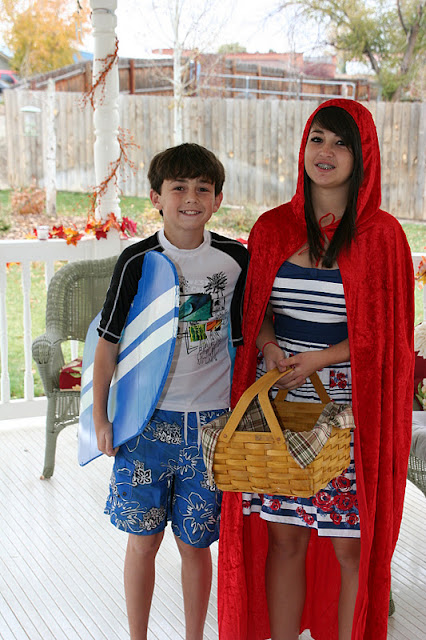 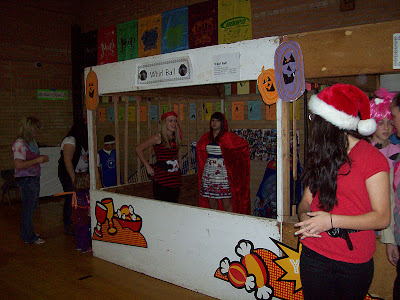 The Man-Cub was disappointed when he didn't win the costume contest but, you can't win them all and; his costume was a tad bit on the insensitive side when one takes in to account all the recent shark attacks on beaches around the globe. Of course, when I mentioned this to the Cub, he merely shrugged and said "Well, not in Petticoat Junction". It's really hard to argue that logic and; he and Hugh did spend an ungodly amount of time making that surf board. 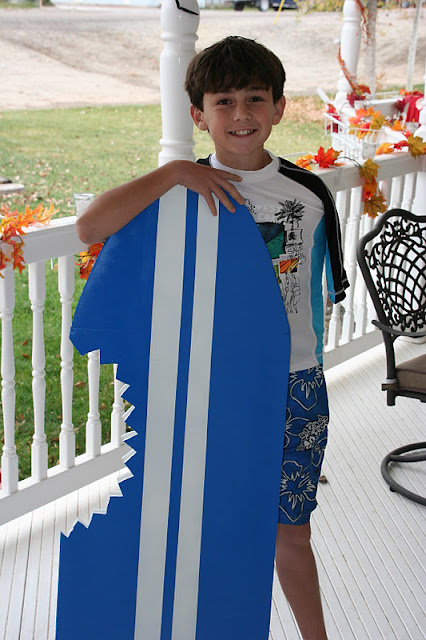 Luckily, the rest of the Fearsome Foursome were on hand to take the sting out of the loss. And, there was candy so; all was well. 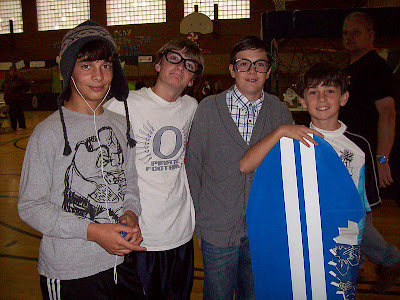 After the carnival, we raced to the High School to host the  first Annual ASTRA Costume Ball which turned out better than my best expectations (which to be honest, were low). We had a great turnout and the kids had a great time. Of course, by 11:00, I was exhausted and my feet were killing me; I had dressed up like a go-go dancer and, people? Go-go boots are tools of the devil for certain.

I slept in on Sunday (9:00!) before getting up to start round three which included storing away my porch decorations for another year, pulling out the boxes of Halloween crap that Hugh will use for tonight's Haunted Porch, making a salad for the Hooterville chapter of ASTRA which was holding it's annual awards dinner, the usual housework, dipping caramel apples and making a delicious broccoli and cheese soup which I served in bread bowls (verdict: three enthusiastic thumbs up. I'm sure you can guess the lone holdout).

By bedtime, I was exhausted, my feet still hurt (curse you, go-go boots, curse you!) and I was kind of over the whole Halloween thing. 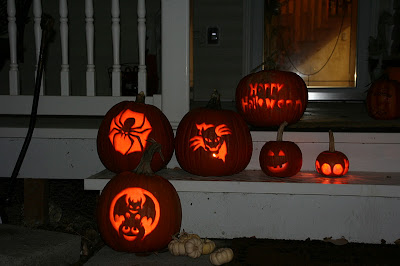 But, today is a new day and I am looking forward to enjoying the fruits of Hugh's labors later tonight. I'm also looking forward to having a nice dinner with Jana and Co., who will be joining us as well as to seeing all the cute costumes that come Trick-or-Treating at our home. I might even put the go-go boots back on. 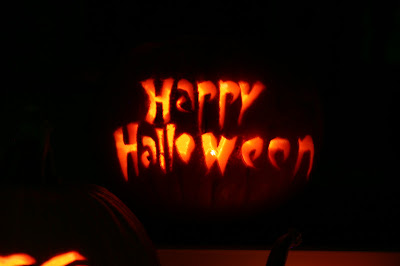