Sometime in the past month, The Teenager "did something weird" to her left wrist and forearm during a volleyball game. She recollects that the "something weird" happened during a dive for the ball and she remembers feeling a jolt to the wrist which resulted in it feeling like it needed to be popped back into place. When her trainers looked at it, however; they could see no obvious problem so they wrapped the wrist and the child continued to play.

And, play, and play and play. By my calculations, the incident occurred the first or second weekend of the month and, since then; she had dutifully wrapped the wrist during practice and games and, while complaining occasionally about the arm being sore, life went on much as usual.

When volleyball finally ended last weekend, the wrapping ceased and the arm become more uncomfortable, not painful, exactly, but, uncomfortable so; I made an appointment to see our pediatrician, yesterday. I assumed the doctor would send us for X-rays and I wasn't wrong; after splinting her wrist, we were sent to the hospital and now we are waiting for a call from the doctor's office, letting us know if it is, indeed, a green-stick fracture or if we are simply dealing with a seriously bruised bone (gross). I'm betting on the former.

If the arm does have a green-stick fracture we will be automatically entered into the running for The Parent of the Year Award because, duh, almost a month with a fracture and we didn't seek medical care; that is some stellar parenting right there.

On the other hand, even if it is a fracture, the pediatrician said that the wrapping had kept the bone stable so; she would recommend that we skip a cast and continue with a splint for another four weeks or so. The Teenager, who has no desire whatsoever to wear a cast, is pulling for that scenario.

Still, I thought I had hit parenting rock-bottom the evening the Man-Cub interrupted Porch Night for a trip to the emergency room and I made him wait in the car until I finished my glass of wine. 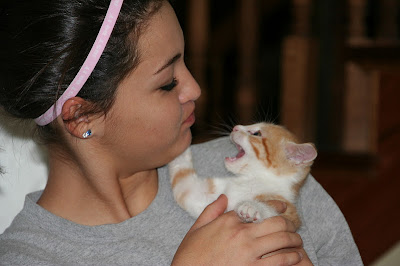 Whaaat?! She waited a MONTH to get you to a doctor?! Are you kidding me?!