And the Porch Is Open

I spent the majority of the weekend hosing the dirt and grime off the porch in an effort to get it looking pristine and inviting for prom this weekend, when, The Teenager, her date, and two other couples will descend upon us for pre-dance pictures and boutonniere-pinning (God help us).

Since I think that the mothers of sons tend to get the bum rush when it comes to getting pictures of their offspring prior to formal events; I have invited all of the parents to come over for picture-taking, as well, so; I really wanted the porch to look extra-nice.

And, it does, even though I refused to plant flower boxes for the porch railing, on the off-chance that it gets too cold for them to thrive, this; despite the 85 degree temperature that we have enjoyed for the past three days (I'm no sucker, I know how you work, Mother Nature!).

When I wasn't splashing through muddy porch-water in my rain boots, I was enjoying the sunshine with The Teenager, who; was attempting damage control on a rather unfortunate set of tan lines that she "accidentally" got while watching a high school baseball double-header on Saturday (Prom is only five days away, peeps!). And, when I wasn't doing that, I was drooling over the impossibly-good-looking Zac Efron watching The Lucky One with said teenager at the local cinema, which.....Zac Efron? You have no business looking like that. None. I mean, what are you? Twelve? Sixteen? Weren't you just singing on that High School Musical show, like, yesterday?

Right, The Lucky One. The movie was pretty good. It followed the book fairly well and, um, yeah...Zac Efron.

Annnnywayy...Hugh, Oscar, Emily and I also found a minute on Saturday to sit down with a reporter from a local magazine. The reporter is doing a story on the store, specifically, on the "family-owned and operated" aspect of it, but; she seemed pretty interested in the history of the store as well, and, once we got to talking about it; suggested a two-part series with the history aspect playing a major part in an article for next month's issue of the magazine. Both stories should be fun to read.

And, speaking of reading, I finished all three books in the Fifty Shades of Grey trilogy. Oh, my. Just...oh, my.

And I thought I was having impure thoughts about Zac Efron before I read the books. 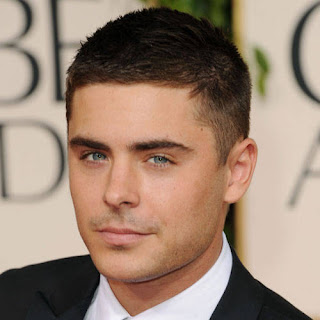 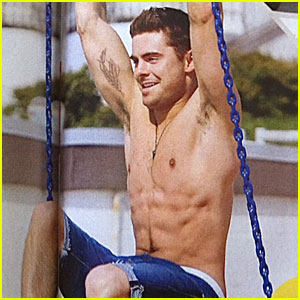