Save the Last Dance, Part One

The Teenager and I spent an awesome day together, yesterday, eating lunch at a favorite restaurant, having her hair styled at a fancy salon, gluing silicone boobs onto her chest for that night's big dance... we clearly know how to party.

It's ok, though; the real party didn't start until her friends arrived at the house to get dressed for the dance, at which point; it was a whirlwind of hairspray, sparkly jewelry, high heels, and, random bouts of uncontrollable giggles. 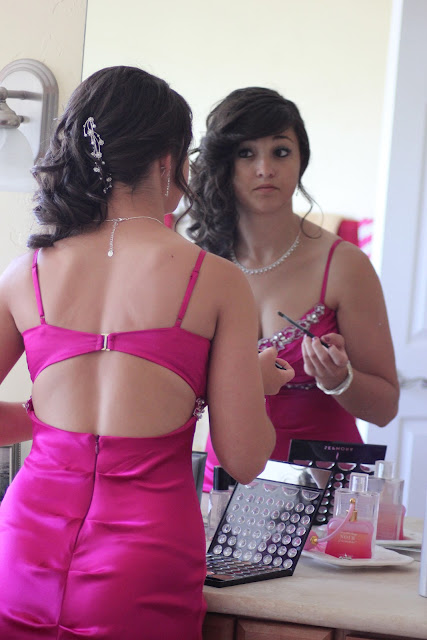 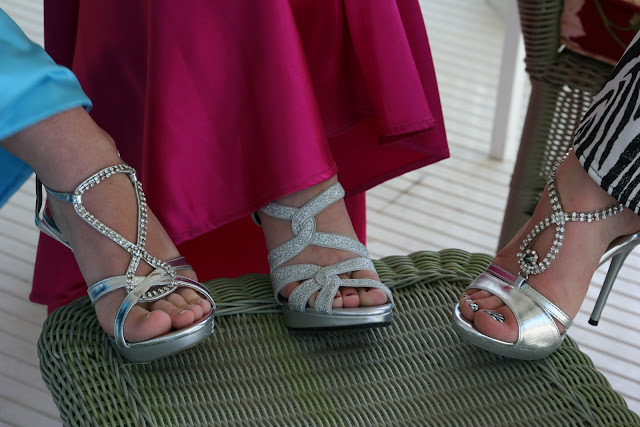 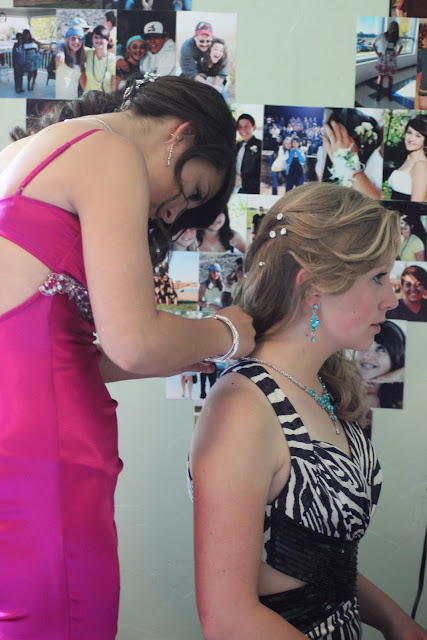 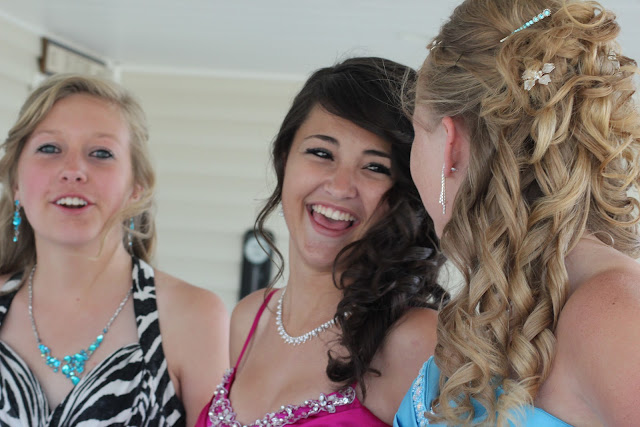 And, that was before the boys arrived. I swear, these girls were the most easily entertained dates, ever; all the boys had to do was look at them sideways and they were off and laughing, again.

Granted, the boys were pretty easily entertained as well... 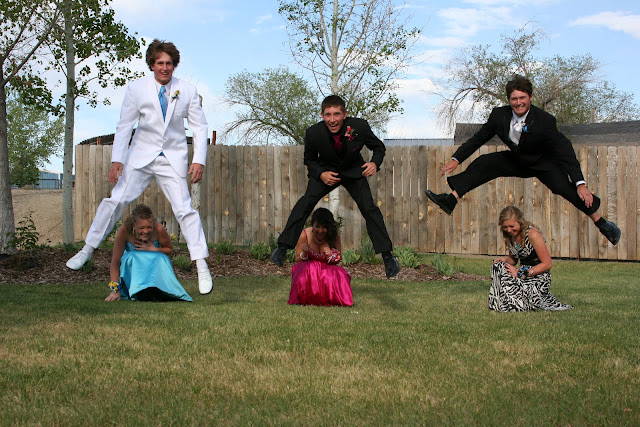 They were also really good sports and, in the half-hour that I had them at the house, I managed to take almost four hundred pictures, each more awesome than the last, because; these kids are awesome and you can't really expect anything less than, well, awesome, from them.

Of course, we also took some serious pictures, which, I will share tomorrow since this post is already quite picture-heavy, but; of all the more serious pictures I took, none could compare to this... 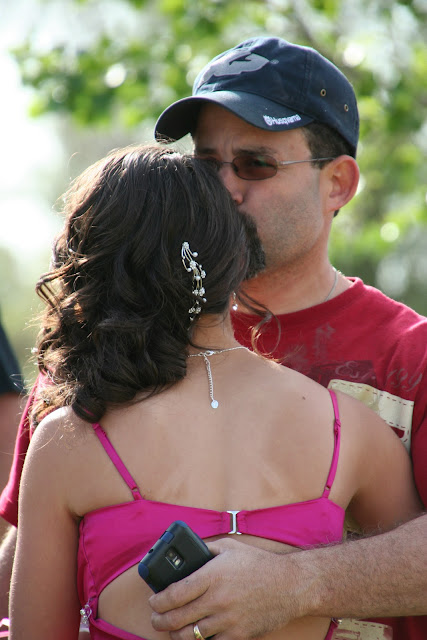 The Teenager and her first dance partner. More to come, tomorrow.
Posted by Chelle at 2:06 PM