The Man-Cub's first attempt at the hurdles went better than I could have hoped for; he took first place in his heat. It wasn't a good enough finish to place him in the top five, overall, but; he didn't fall down, leaving all $5000 worth of orthodontics intact and accounted for, so, that's a win in my book. 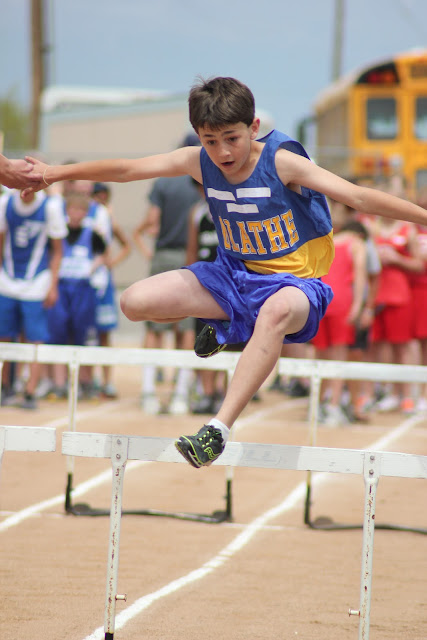 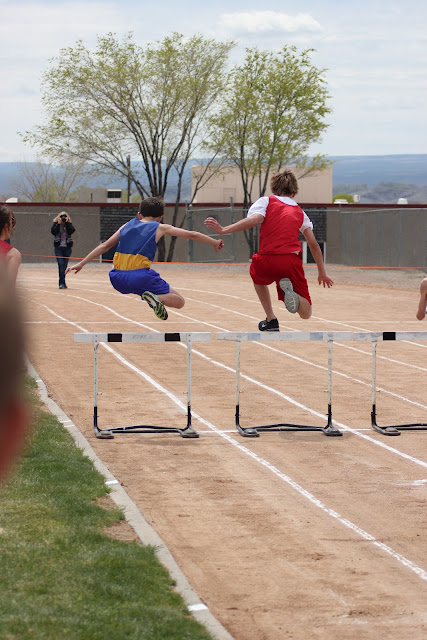 The long jump was also a bust, but, considering the fact that the vast majority of his competition has several inches of height on him; he didn't do too bad. 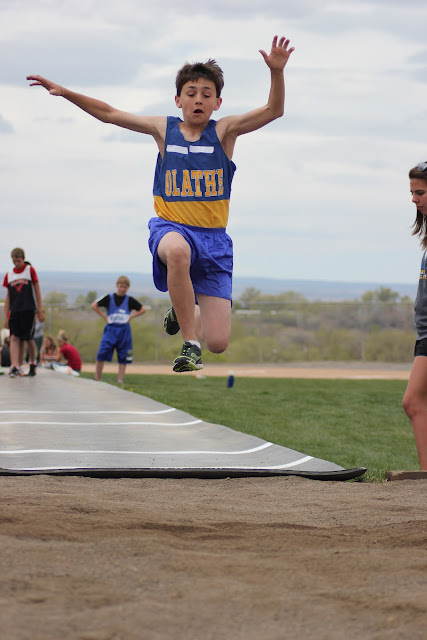 And, as Jana so kindly reminded me, it was his first track meet, and; we have six more meets at which he has a chance to do even better.

And I thought I was over the Bleacher Butt once volleyball ended.