Save the Last Dance, Part Three

As I said earlier, today; the theme of this year's prom was The End of the World, which, sounds pretty depressing if one actually subscribes to the belief that the world will end on December 21, as predicted by the Mayan calendar. Fortunately, the Junior class does not subscribe to that belief. The Juniors do, however, subscribe to the belief that Mayan decor makes for wicked cool Prom decor, and, who can blame them? 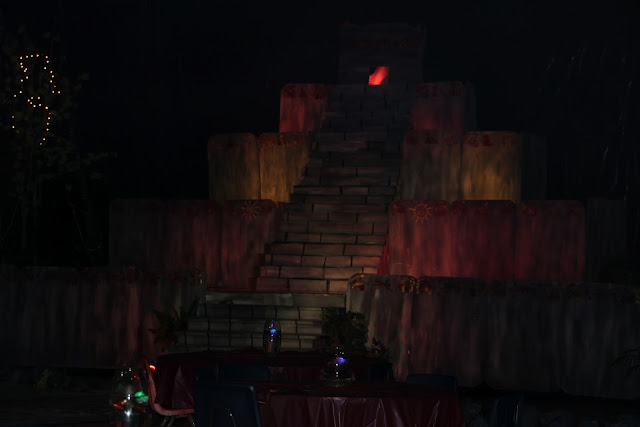 Because my photographic skills fail to do justice to the decorations, you'll just have to take my word for it when I say; the job that the Junior class did decorating that high school gym was amazing. The centerpiece of the decor was, of course, the temple, which, literally glowed under the black lights.

In addition to the temple, the room featured a waterfall, constructed of fabric that flowed in a pattern similar to the flow of water. The fabric was lit from underneath in a way that gave the illusion of a stream reflecting the light of the full moon. A moon, it should be mentioned, that was also featured in the room.

Numerous plants, shrubs, and small trees were placed throughout the room, furthering the illusion of a lush jungle, while live goldfish swam gracefully about in glass vases set on tabletops near the dance floor. 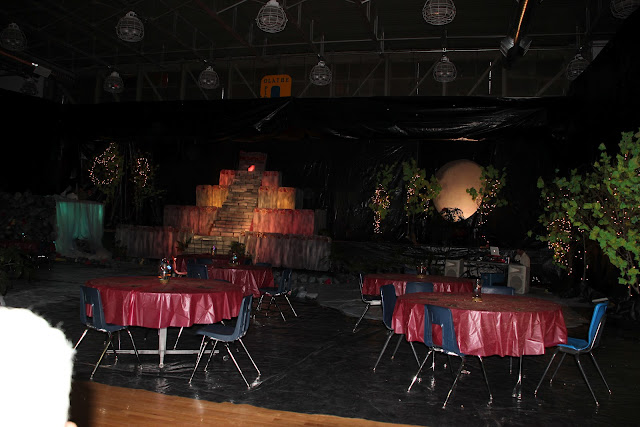 It was a lovely scene, and it lent itself beautifully to the Grand March. Although, once again, my pictures did justice to neither the decor nor to the beautiful couples. 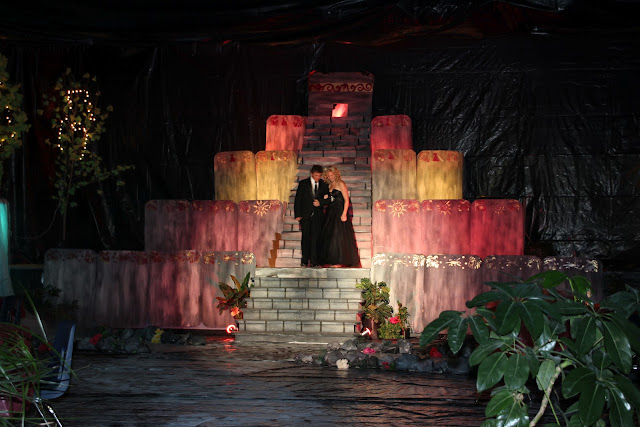 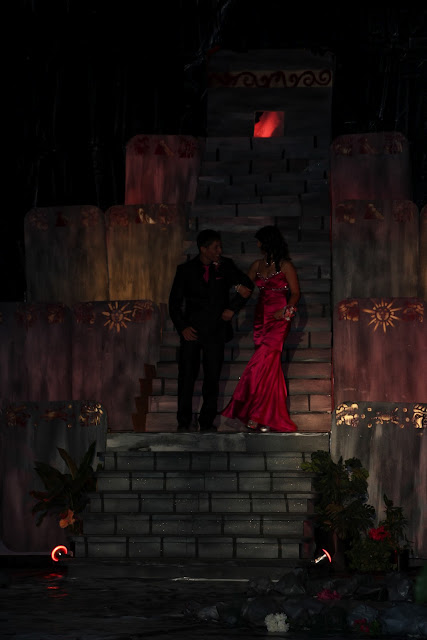 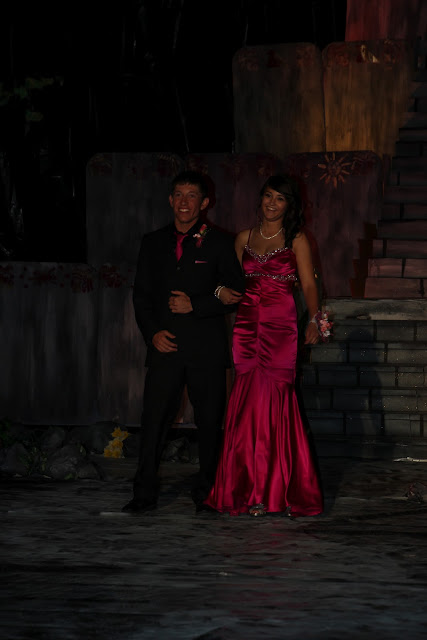 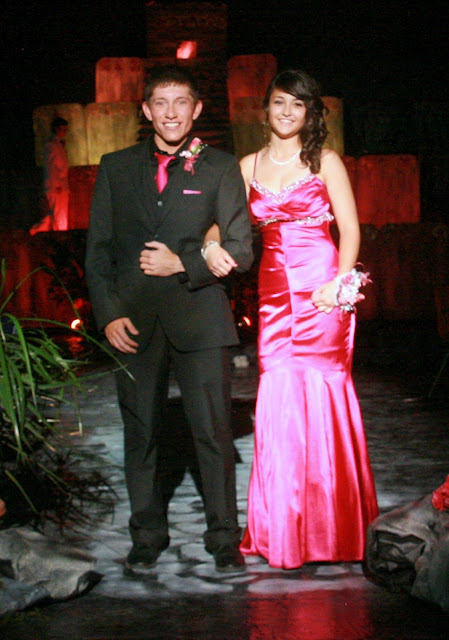 Luckily, The Teenager doesn't mind that I failed to get a lot of good pictures of the Grand March; she was just happy to have made it down the temple steps without tripping on her four-inch heels. She celebrates life's small victories, much like her mother.

Her father, it should be noted, claimed victory of a different sort on Prom Night; his daughter was home ten minutes early for her curfew. 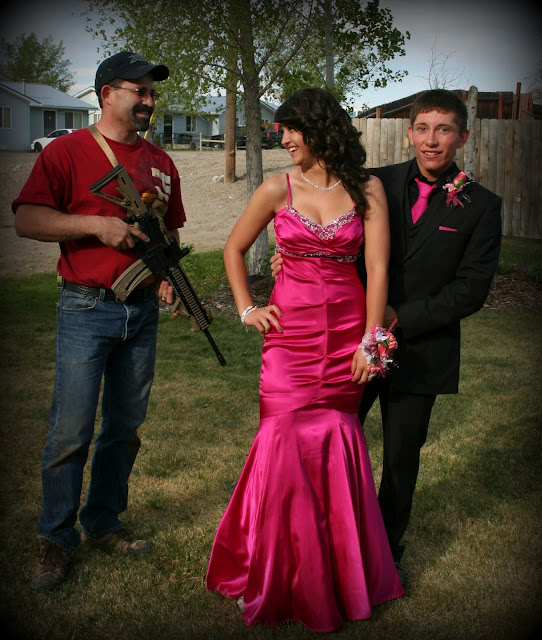