All's Well That Ends With Cake

This has been a ridiculously productive weekend. I am starting to believe that I am at my best when I have more on my plate than when I have less; not quite sure why that is or what it says about me, but, there it is.

So, this weekend I have:

-Harvested a shit-ton of produce from my garden, including: tomatoes, bell peppers, jalapeno peppers, zucchini, and, carrots. I also whacked the heads off two of my largest sunflowers; Jana took one head off my hands and one of my new co-workers has dibs on the second.

-Cleaned my house and decorated it for Halloween. That includes the front porch, which is now sporting a spider theme, which, considering the discovery of yet another Black Widow, seems fairly apropos.

-Decorated the Man-Cub's birthday cake and supervised a sleepover of two of his friends.

-Served birthday cake to a slew of boys who then went to the local park to chase each other around with paintball guns. At the end of the day, I don't know who was more tired, me or the little warriors.
It's probably a draw. 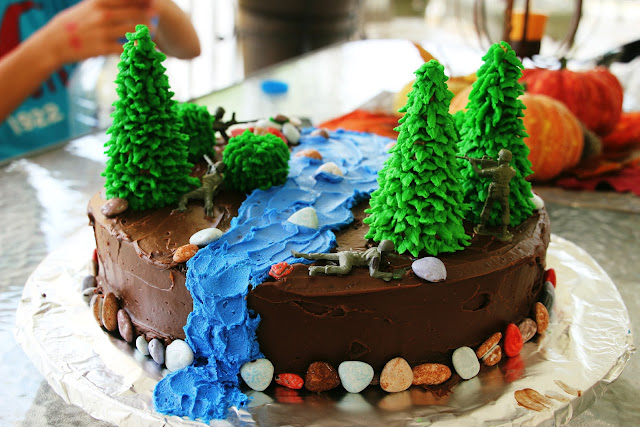 Anyway, the Cub was thrilled with his cake and he has completely forgiven me for not making one for him last year. For the record, however, I did stress the fact that there will probably be no cake next year, what with him turning fifteen and all.

Yeah, right; who am I kidding? 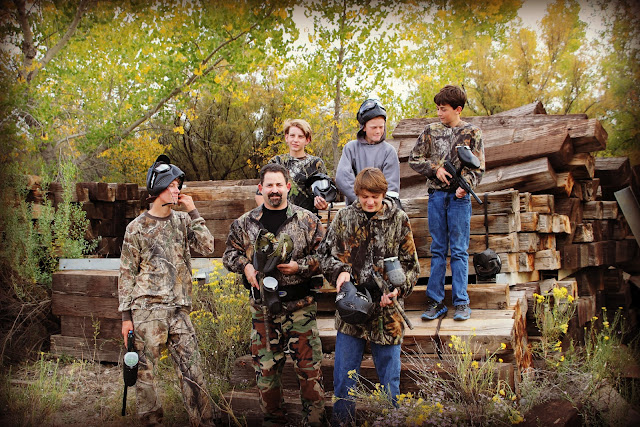 Even big boys like cake.
Posted by Chelle at 9:56 PM