We've Got Spirit, Yes We Do

The Teenager kicked Blue and Gold Day off with yet another awesome outfit. 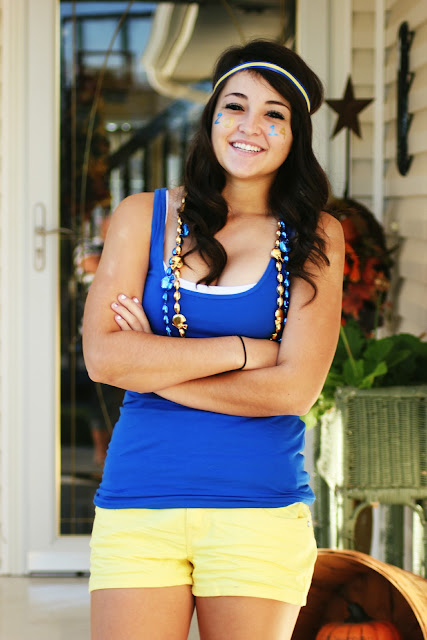 She was, naturally, quite excited to start the day off right. 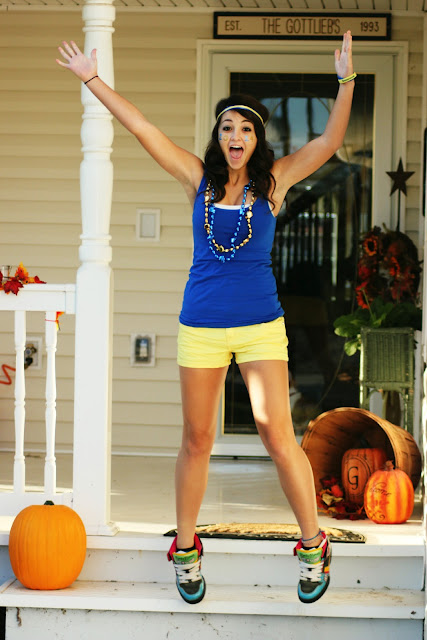 After jumping off the porch, she beat a trail on down to the high school, where she led her junior team to victory in the Bunny Hop Conga Line competition at the annual Homecoming pep assembly. 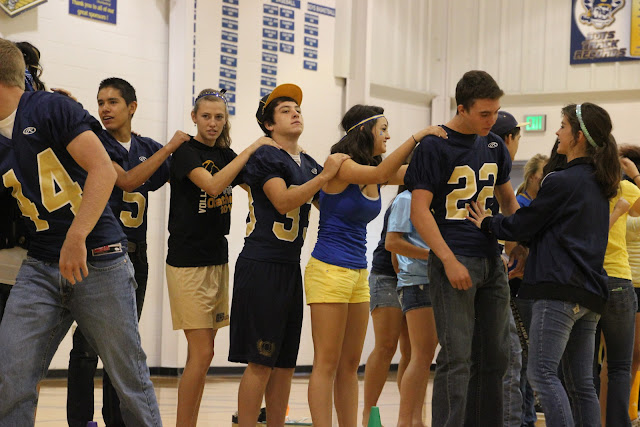 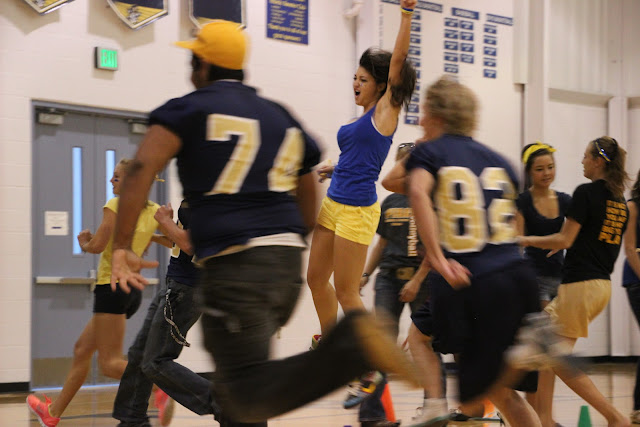 She also did her best to contribute to the tug-of-war, but, in the end the juniors were bested by the sophomores which I'm sure wasn't embarrassing at all. 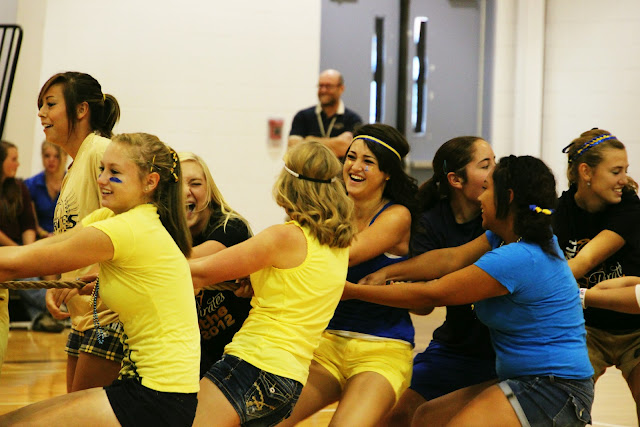 Her efforts to set an example of school spirit this week were rewarded when she was elected as the Junior class Spirit Queen at the assembly; its' a title she is proud to wear, as you can imagine, and, the lovely paper sash she was presented with earned her the right to ride in the front of the parade float that her class managed to cobble together at the last minute. 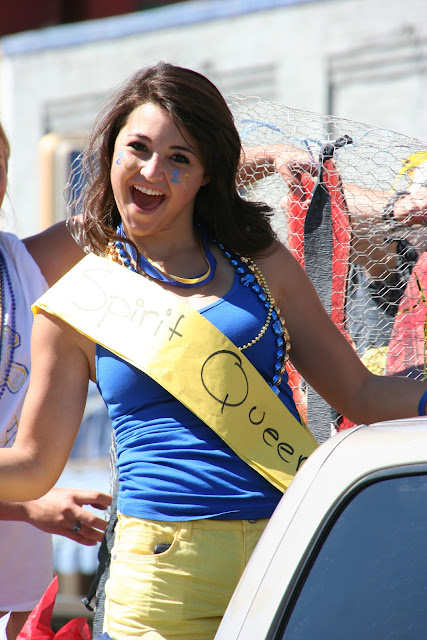 I think she was pleased, but I don't know; it's so hard to tell with her.