Day three of Spirit Week featured each class dressing in an assigned color, and, for the first time in three years, The Teenager's class drew a color other than pink. If that wasn't reason enough to celebrate, the color that they did draw was green, which just happens to be The Teenager's favorite color in the whole world. Needless to say; she had no trouble finding something green to wear, today. 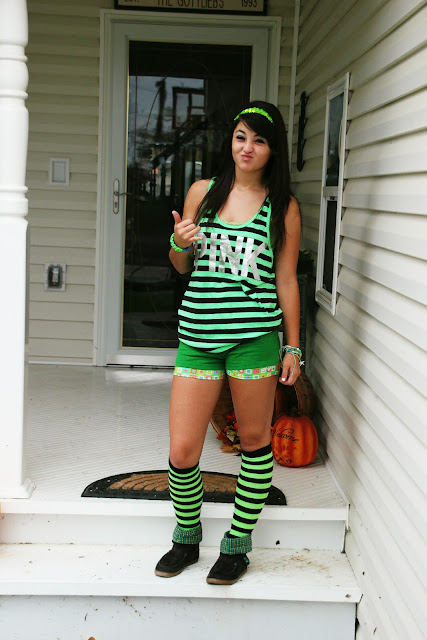 The other event of the day was the first annual glow-in-the-dark dodge ball game. This is the event that has been chosen to replace the traditional powder puff football game, you know; because dodge ball isn't nearly as dangerous as flag football.

Hopefully, if enough parents voice their displeasure with the tampering of tradition to the school officials, powder puff will be reinstalled on the Homecoming schedule next year, and; I know two parents who are more than happy to complain.

In the meantime, might as well make the best of a crappy situation, which; I did by dropping by the gym to try to take a few pictures of the dodge ball game. They weren't the best, but, I managed to get a couple of decent shots before fleeing the gym out of fear for my life camera. 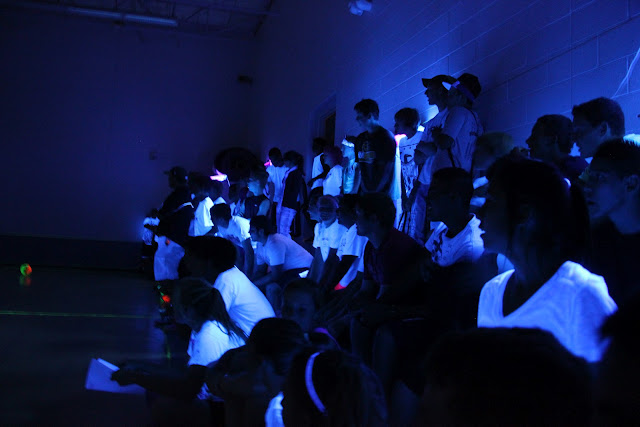 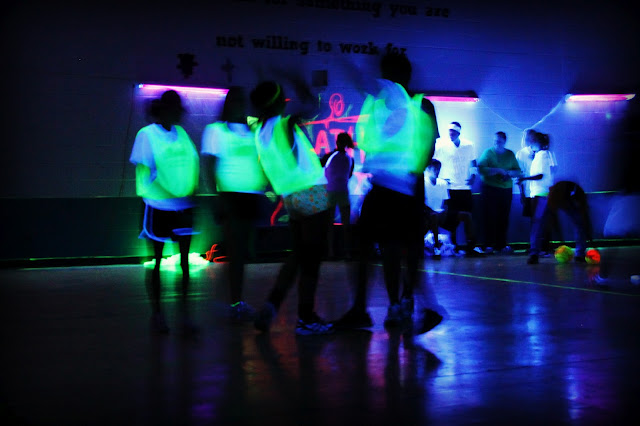 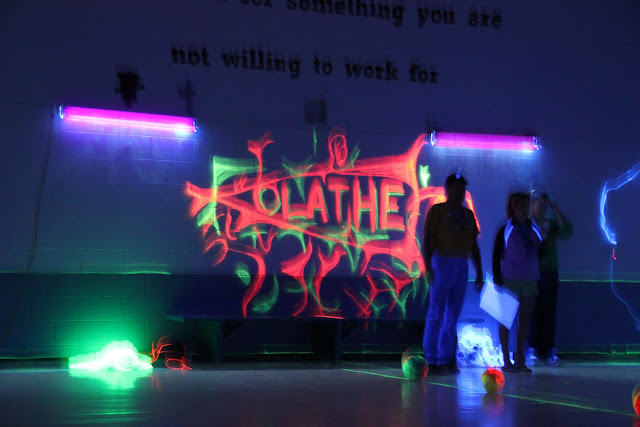 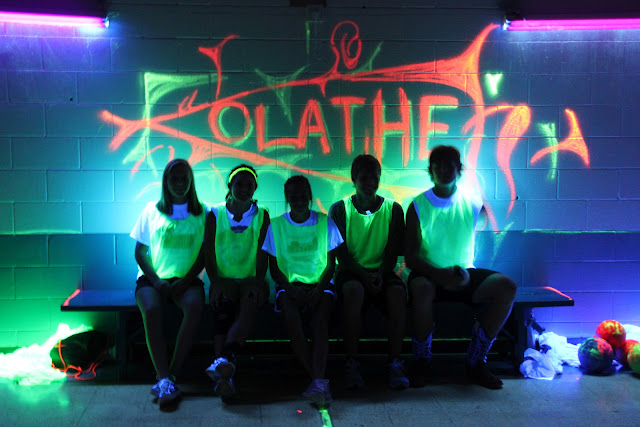 I'm now awaiting word on which class won the competition. We all know whom I am pulling for, of course, and, if my rib wasn't still causing me such discomfort, I would totally do a few cheers for The Teenager and her adorable team of dodge-ballers... 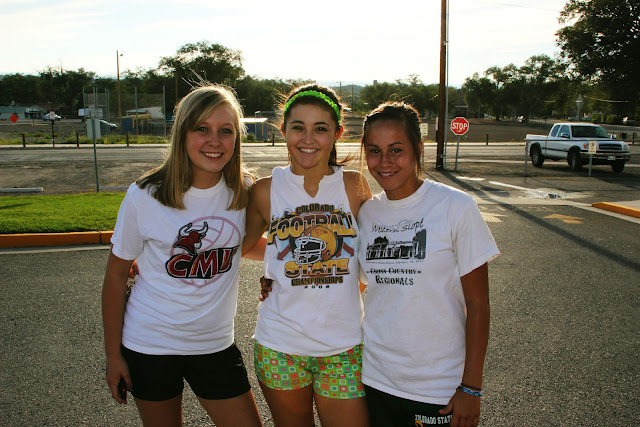 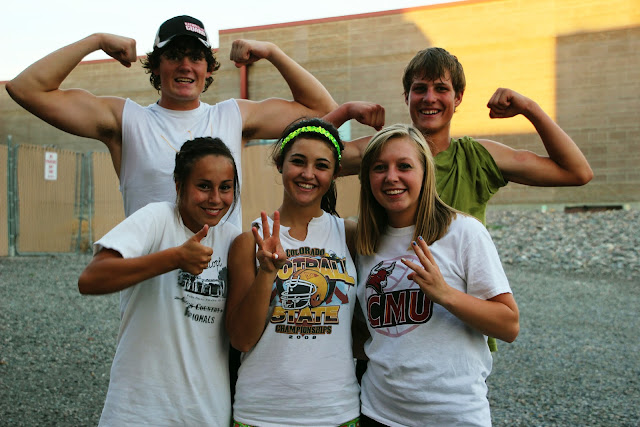 ...instead, The Teenager will have to be enthusiastic enough for the both of us. Strangely, I don't think she will have the slightest difficulty with that. 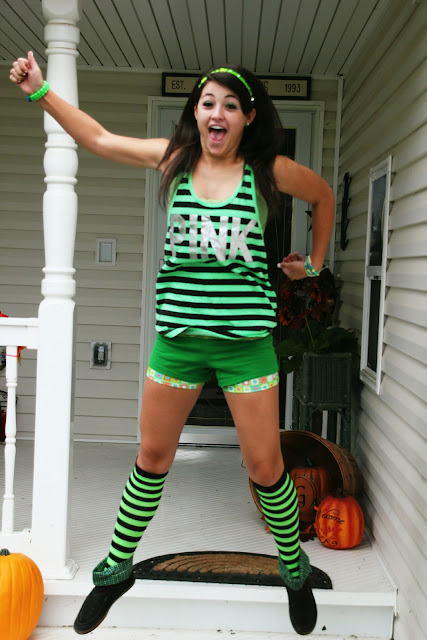