She Got Off the Couch

Despite my butt's love affair with the couch, I accomplished quite a bit this weekend, including the harvesting of the garden which produced a nice little crop of vegetables for us to hoist off on friends and family. 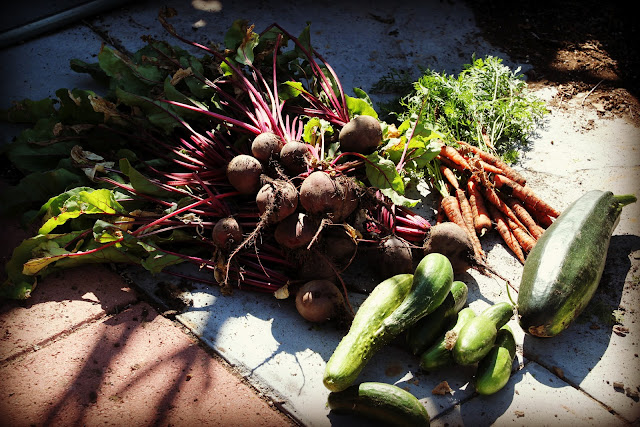 The Man-Cub was quite helpful during the endeavor, hauling wheelbarrows full of refuse out to the fire pit in the alley, chopping the heads off of sunflowers, and, pulling the carrots that he planted this spring; carrots that were far larger than any he has managed to grow, previously. 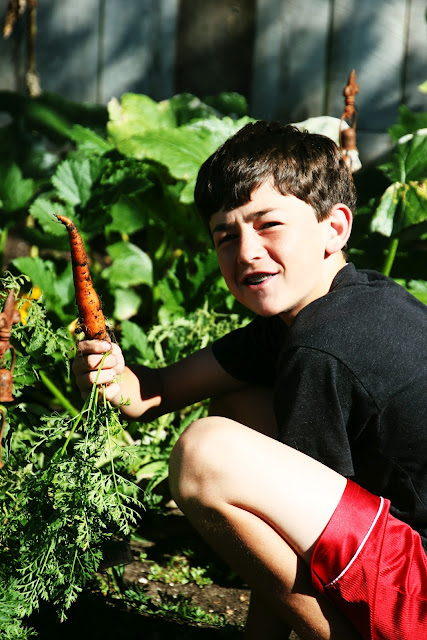 A happy surprise, discovered hiding in the spent green bean bushes, was the existence of two tiny sugar pumpkins. I have no idea if they will survive long enough to produce pumpkins large enough to actually use in this Thanksgiving's pumpkin pie, but, a girl can hope. 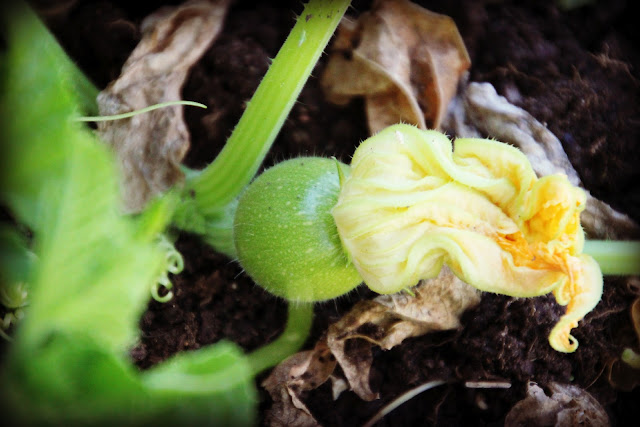 Once we were finished in the garden, and, after sneaking into Oscar and Emily's for a stealth produce-drop; the Cub and I finished up my weekend errands. Then, I set about knocking the rest of my household chores off my To Do list. I can honestly say; I am caught up and ready to enjoy my last week of part-time employment.

It is serendipity that this is Homecoming week and I am able to enjoy it with The Teenager, who, it should be noted, left the house this morning in this get-up... 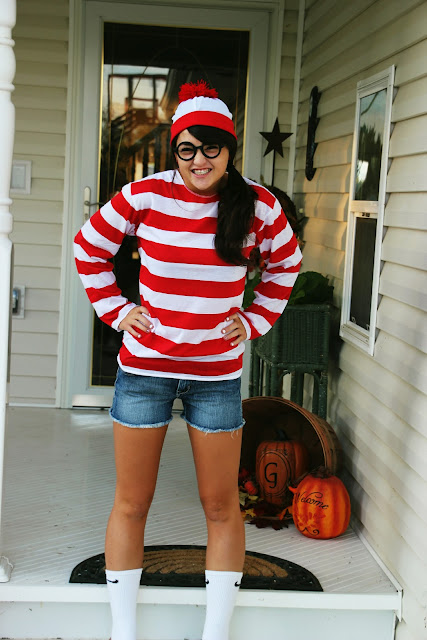 She is the most adorable nerd I have ever laid eyes on.

And, she has a full week of fun to look forward to, including Sports Day, tomorrow, followed by Pirate Day, Color Wars Day, and, finally, Blue & Gold Day. The Homecoming parade is scheduled for Friday afternoon and there is a glow-in-the-dark dodge ball game being planned in place of the traditional Powderpuff football game (don't get me started on the cancellation of that event; let's just say the school and I disagree). Two home volleyball games, the football game, and the dance will round out the festivities, giving the kids a full week in which to make memories to last a lifetime.

I'm so glad I get to be present to document those memories for The Teenager; it's a great reason to get off the couch. 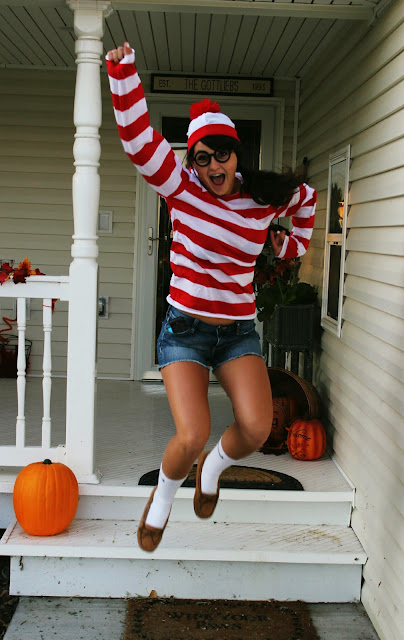 The Teenager is happy about it, too.
Posted by Chelle at 8:43 AM