This Is Getting Comical

The Man-Cub played in his third game of the season tonight; the score was a 6-6 tie. The score at the game earlier this week? 20-20. And, the previous week's score? 8-8. Prior to this season, I didn't even know that a football game could end in a tie. I guess that's middle school for you. 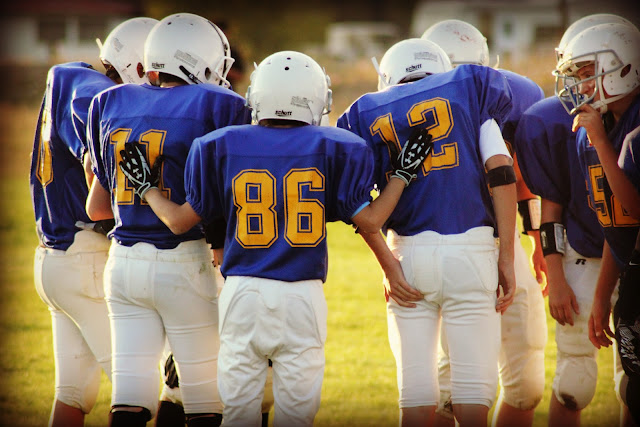 Anyway, the Cub had a few good plays, including a couple of tackles and a really good block. His coach, who is constantly amazed by his ability to throw all ten pounds of himself at the competition, made a point of reminding the bigger kids on the team that they are also capable of bringing down a competitor and that they shouldn't let the "little guy" have all the fun. I admit, I chuckled when he said it. 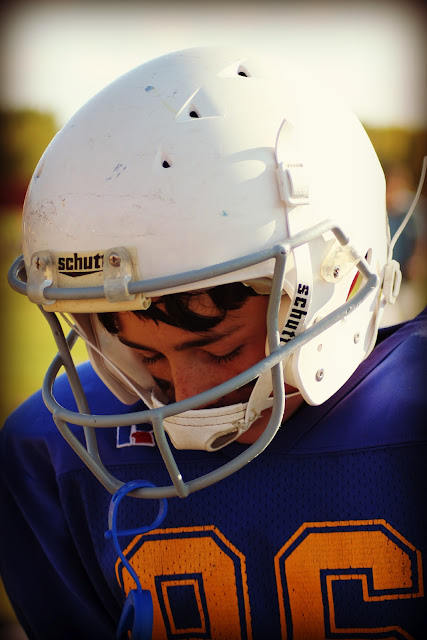 I also chuckled this morning when The Teenager left the house for the fourth day of Homecoming. It was Pirate Day and she went the distance in putting together her outfit, yet again. 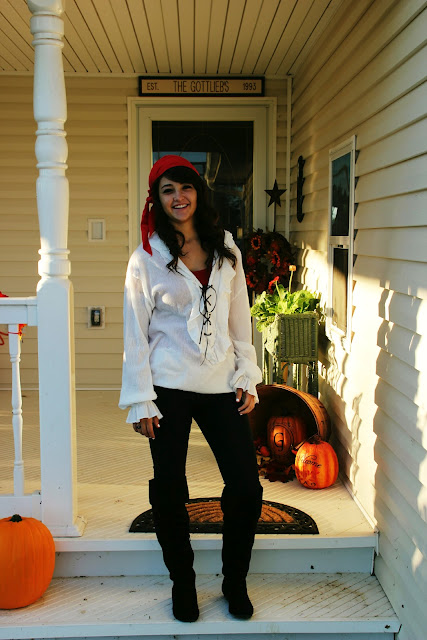 Tomorrow is Blue & Gold Day and I can't wait to see what she comes up with. I also can't wait to watch the parade, despite the fact that the Junior class has been unable to secure the use of a trailer and is in danger of not having a float. After all, if The Teenager can come up with awesome outfits day after day; I'm pretty sure her class can come up with a solution to the trailer problem. 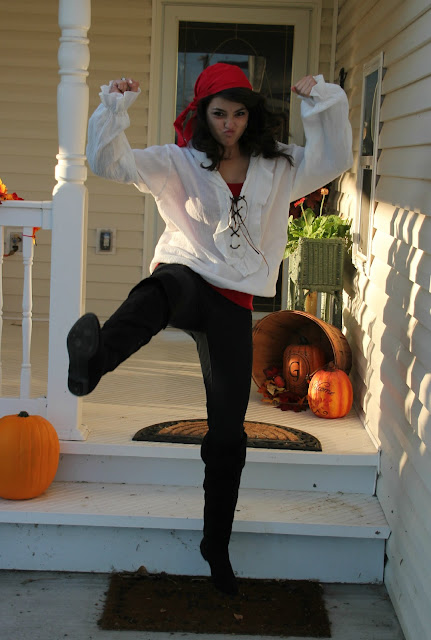