The kids start school next week; The Teenager on Monday and the Man-Cub on Wednesday. We are planning to spend their last weekend of freedom at the lake with Chris and Jana, which, provides me with the perfect topic for this throwback, because, you see; we also spent the last summer weekend of 2008 with Chris, Jana, and the kids.

That year, we were in Salt Lake City at an amusement park, with a side trip to the Great Salt Lake thrown in for good measure.

"It burrrrrnnnns!" (We heard that a lot)

It did give us an experience to look back on fondly, and Jana and I reminisce about it frequently. I think our favorite part was the part where, as we walked up to the water, the glistening black sand lifted into the air in what was actually a massive swarm of flies.

For the record, we both squealed like girls and ran back to the relative safety of the (much less disgusting) sand closer to the parking lot, where we broke open a carton of mini wine bottles and proceeded to drink away the day while watching the children maliciously kick water at each other."Stop it! It burrrrnnns!"

Anyway, I'm sure this weekend will be every bit as memorable as that weekend. The water will just be a whole lot less nasty. 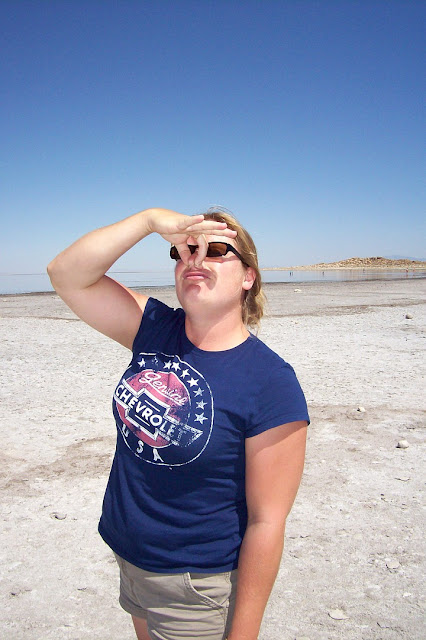 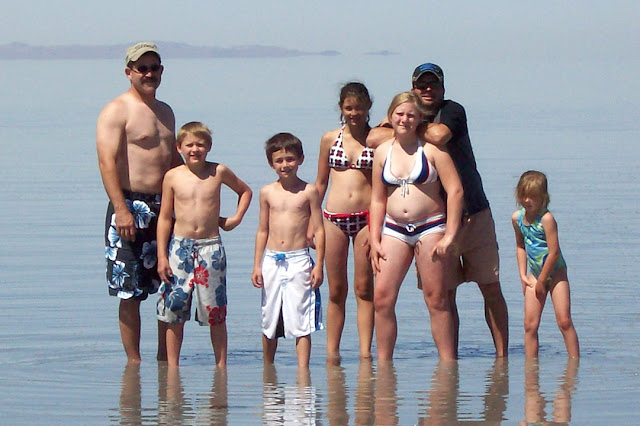 You think we should lay down and swim?
Nah, we're good. 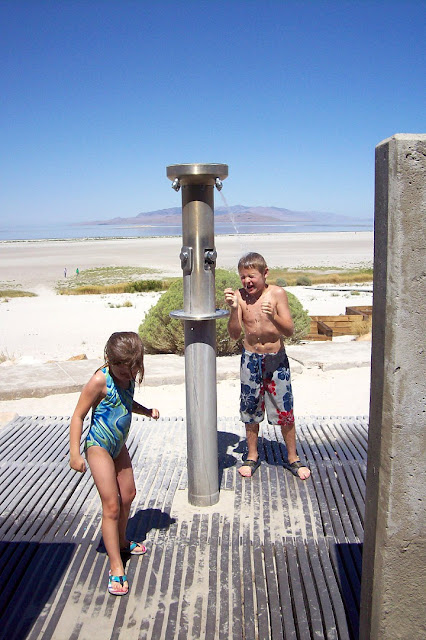 Rinse this shit OFF! It burrrrnnns! 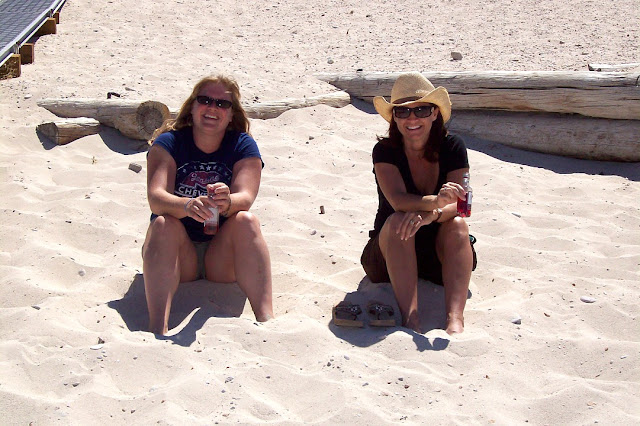 You think we should help them?
Nah, we're good.