In Which Mother Nature and I Agree to Split the Difference

So, 4th of July weekend...three days of boating, marshmallow toasting, sunbathing, and waiting for the rain to end, not necessarily in that order.

Saturday, we spent the majority of the day in the motorhomes, waiting out the rainstorm. The kids piled into Jana and Co.'s RV while the women folk gathered in ours and the men hunkered down on the pontoon boat. I think the women folk got the best end of that deal, but mostly because we had the Jello shots. 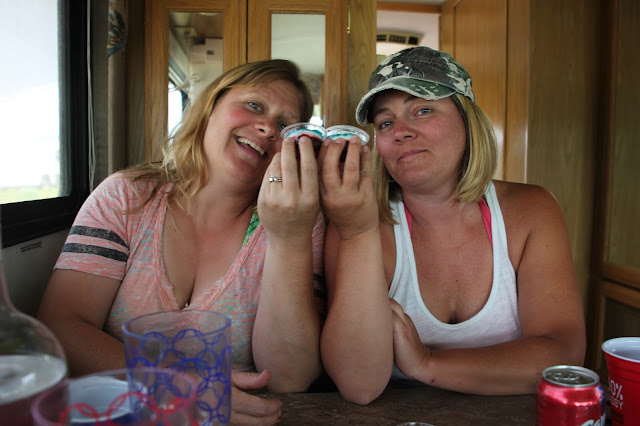 Sunday was a mixed bag, weather-wise, with clouds, wind, and rain in the morning, followed by an afternoon and evening of sunshine that finally allowed us to take to the boats and to break out the toasting sticks for S'mores after dinner.

Monday, Independence Day, was 100% glorious and awesome. Not only did we have amazing weather, but the majority of our fellow campers pulled out of the park, leaving us virtually alone on the lake. 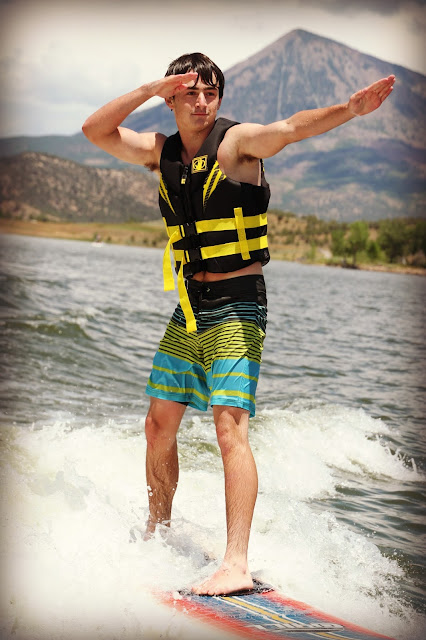 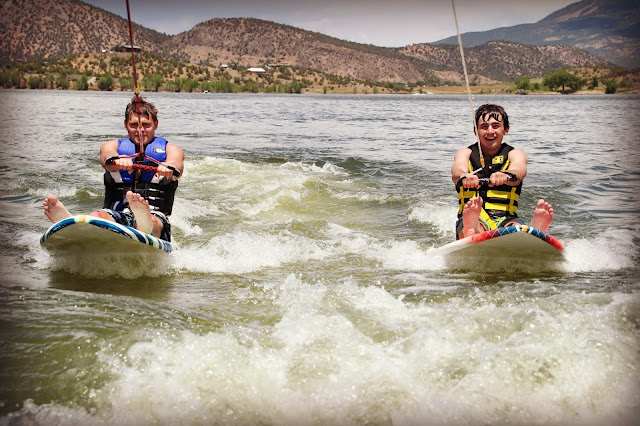 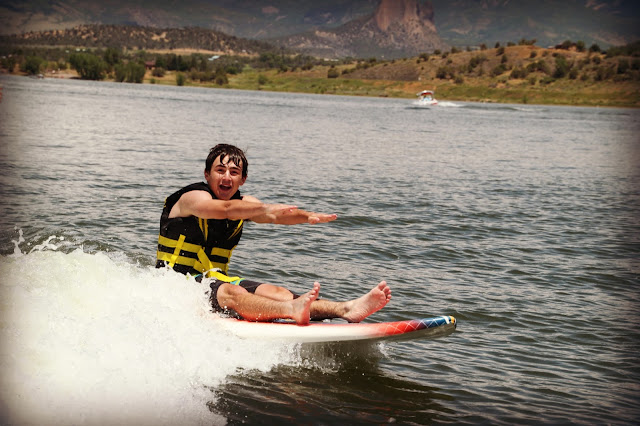 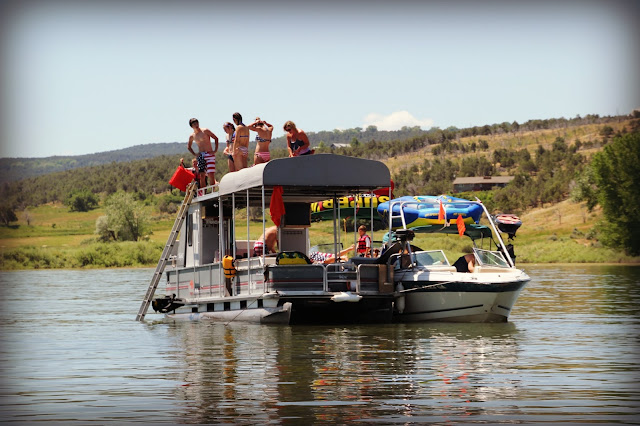 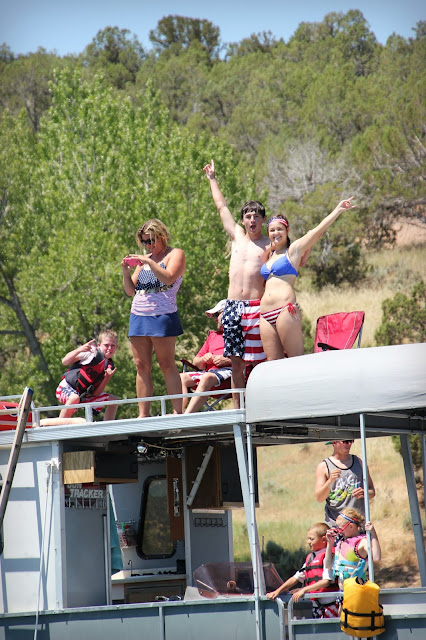 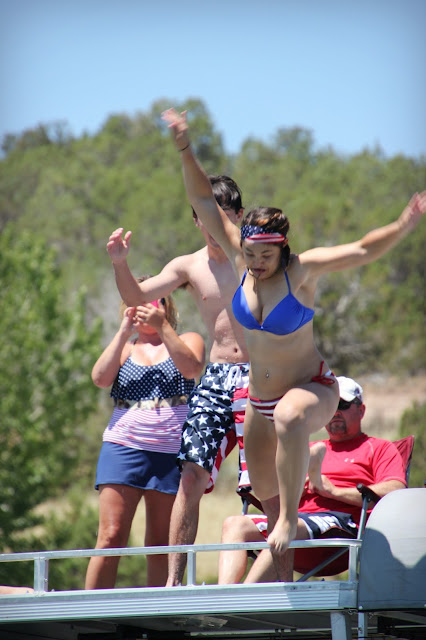 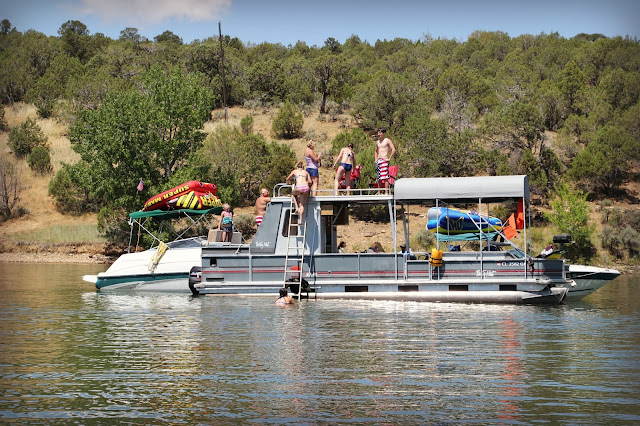 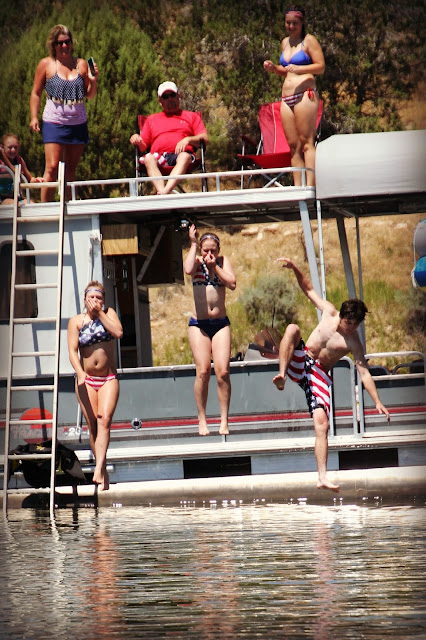 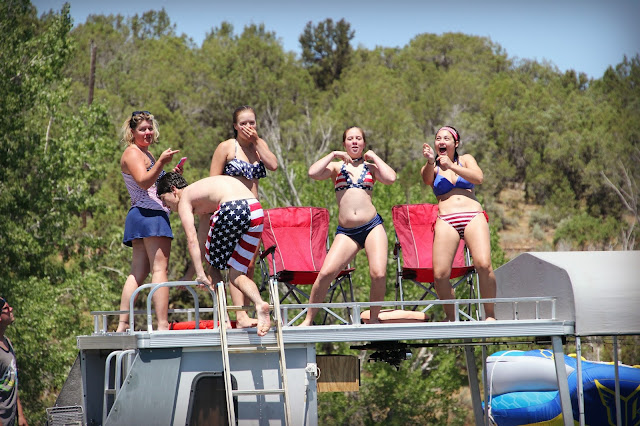 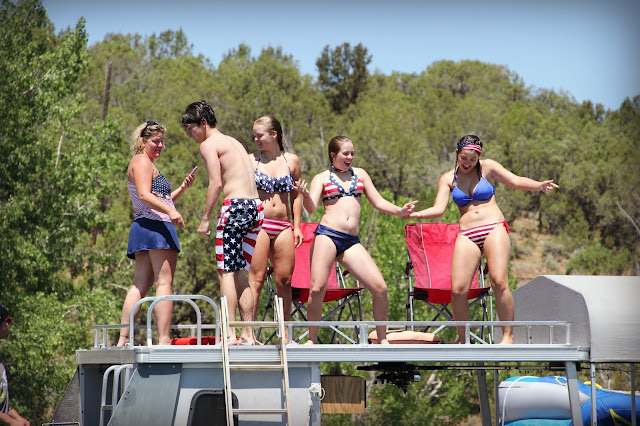 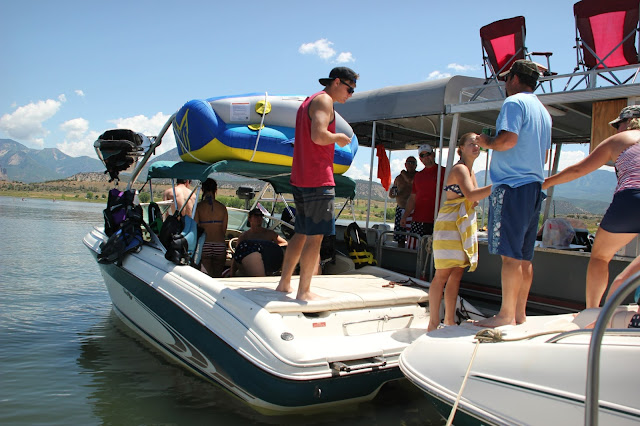 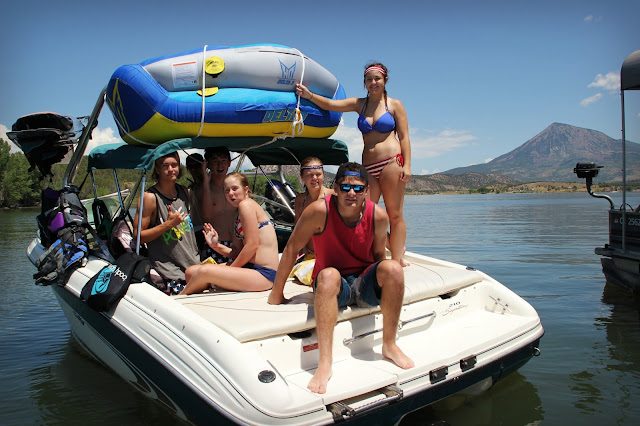 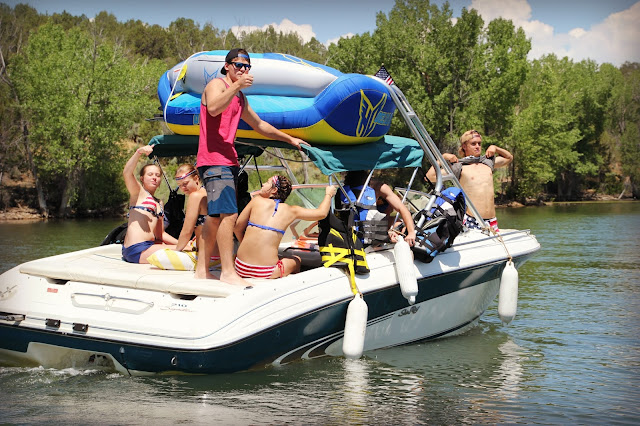 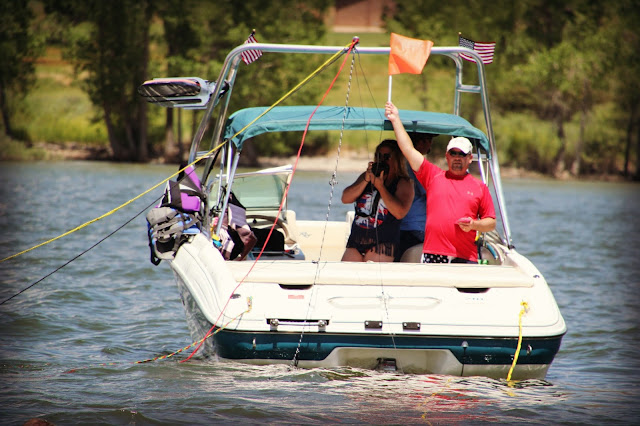 We took full advantage of that, of course, capping off the day with a feat of aquatic acrobatics not to be missed: seven teenagers pulled behind a single boat. Well, technically, there were six teenagers, what with Queen B being twenty and all (just threw up in my mouth a little). 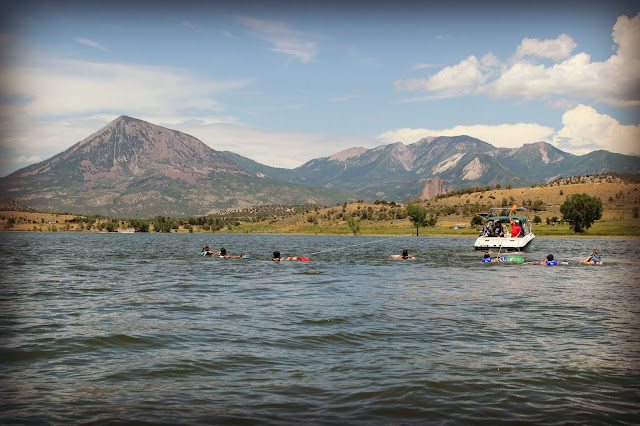 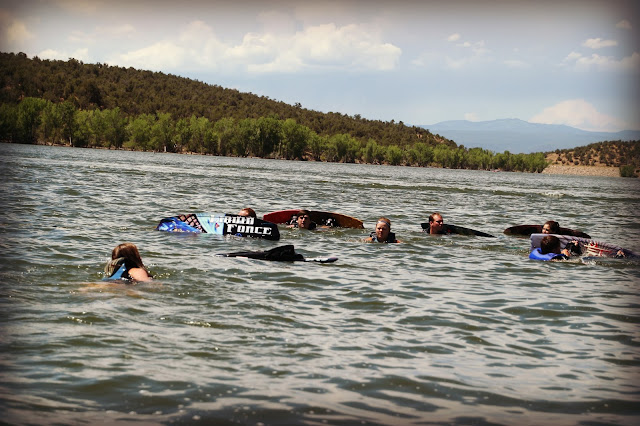 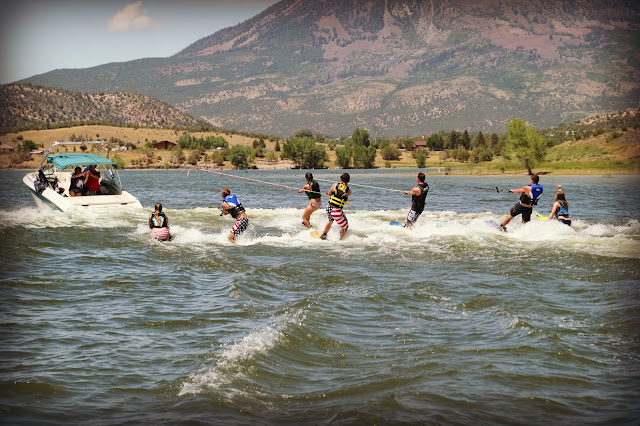 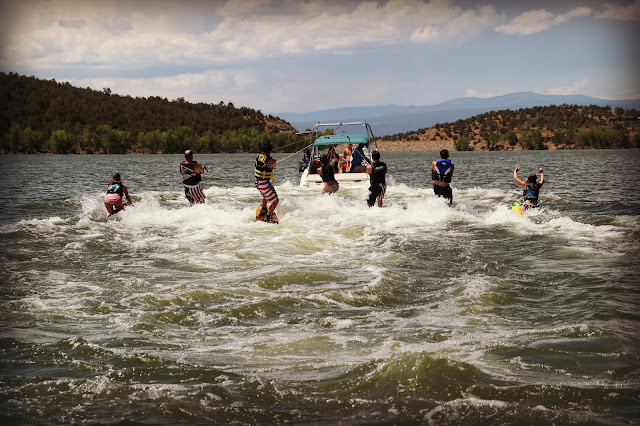 Anyway, we came home last night, exhausted, sore, sunburned, and with injuries to half of the family (stubbed-possibly broken-toe for me and bruised and scraped knee for Hugh, who fell on the swim deck of our boat). I'd say it was a successful holiday weekend, even if we didn't get our annual group photo in the spillway (water was too high and we were missing Kaley, who is working out of town this summer).

Now, I just have to wash twenty beach towels and a slew of Tupperware containers. Why did we come home again?
Posted by Chelle at 8:31 PM