We just got back from the High School, where we were attending the annual baseball awards ceremony. The ceremony always takes place as late in the summer as the baseball coach can get away with, this year being no exception. As a result, the ceremony is always pretty poorly attended despite the copious amounts of ice cream that the coach provides in an effort to entice the kids.


Despite this year's poor attendance, we had a good time. The coach had glowing comments to make about the Man-Cub, and, it was exciting to see him present the Cub with his baseball letter.


In addition to his pin, the Cub earned Three Sport Athlete recognition, for the third year in a row, as well as his third Academic All State Honorable Mention. That's three for three, football, basketball, and baseball; not a lot of kids can carry a full course load, including college classes, play three sports, and manage to get in volunteer hours toward his community service requirements for graduation.


To say we are proud would be a vast understatement. 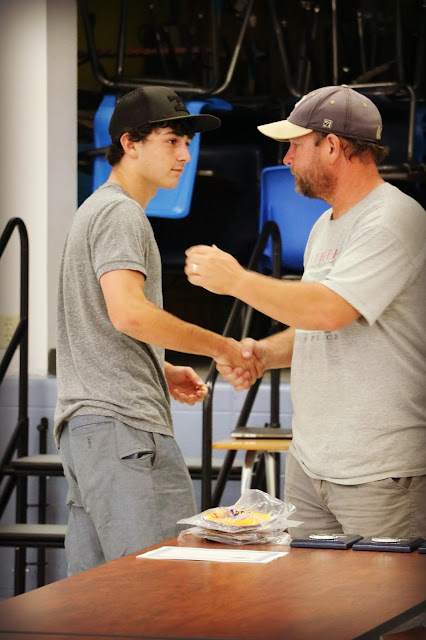 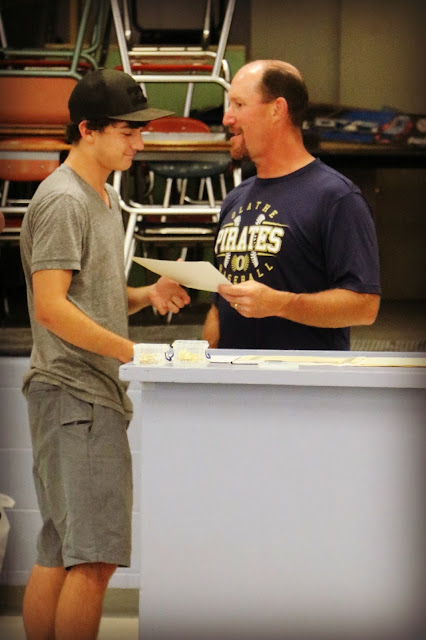 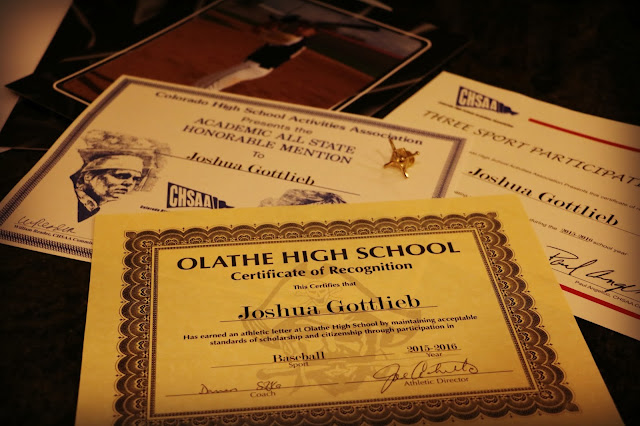