What a great weekend we had! It was busy, for sure, but, I wouldn't have changed that for the world; I got to spend time with some of my favorite people, I ate like no one was watching, and I exercised my creative side in new and fun ways. Buckle up, this is going to be a long one!

Friday, after work, Mom and I loaded up Queen B's picnic set for delivery to Neighboring City (she sold it!). We dropped it off at her house and then hit the mall for pedicures and some fun shopping, visiting Queen B at her shoe store job along the way. 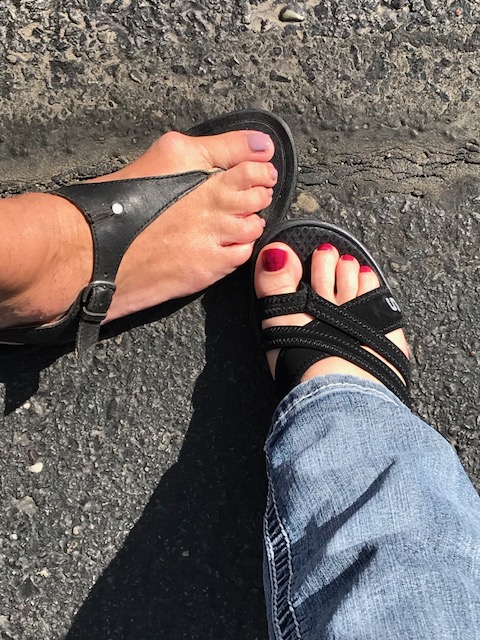 Saturday morning, we got an early start frosting some cupcakes that Mom had baked while I was at work earlier in the week. I finally busted out the Russian tips that I impulse-purchased during a late night Amazon shopping spree back around this same time last year. The results were impressive! 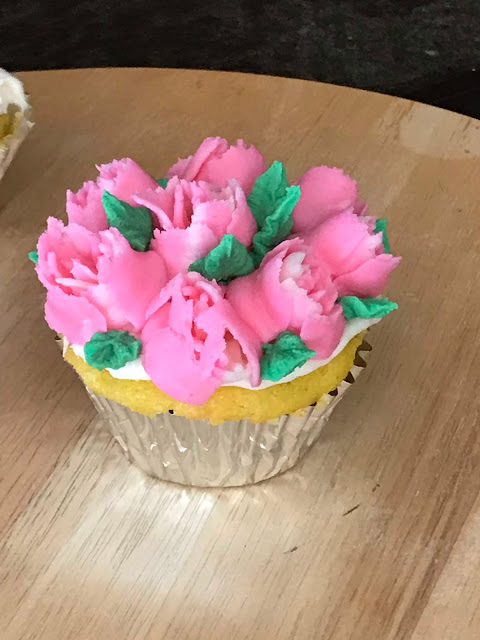 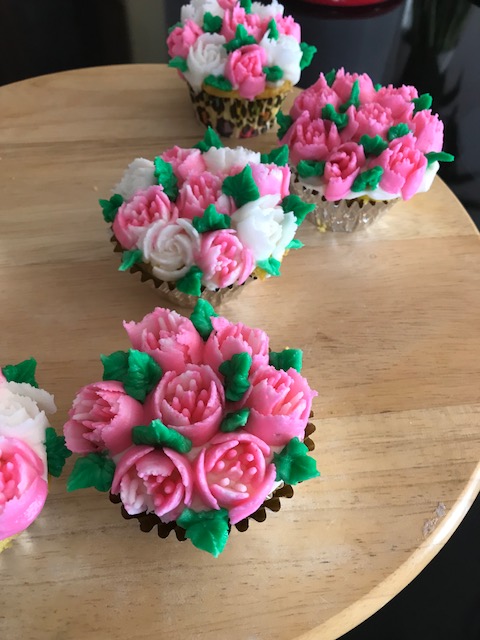 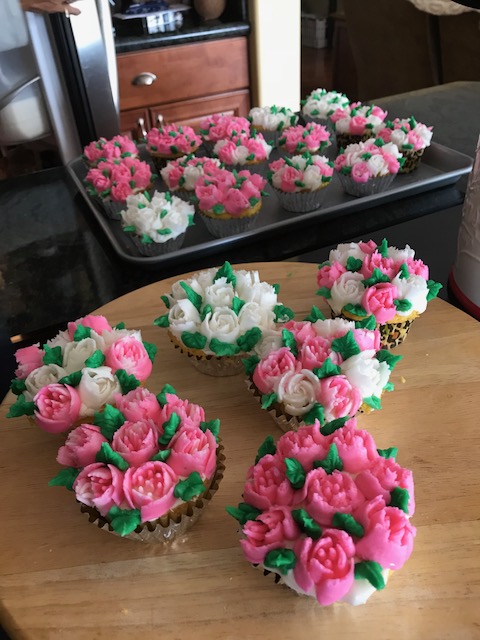 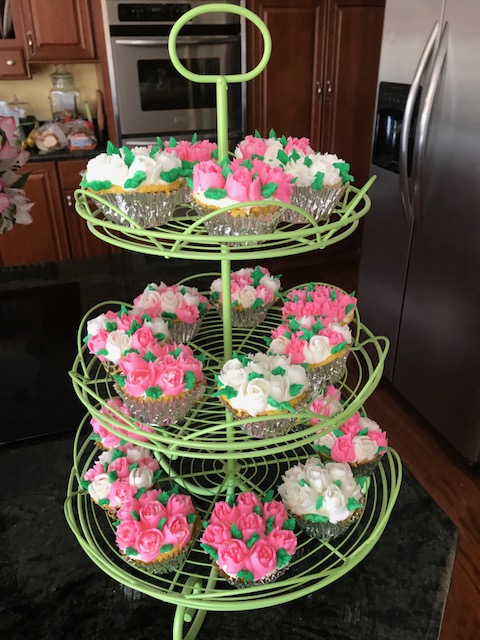 They were almost too pretty to eat, which, was a good deterrent for me given the fact that I am still not eating sugary foods. Not to worry, though; we planned to pawn them off on Oscar, Emily, and Queen B after Easter dinner on Sunday.

The day ended with the dying of Easter eggs, marking the first year since Queen B was born that we didn't have at least one of our offspring in attendance; that was a bittersweet fact of life that I am obviously going to have to get used to. 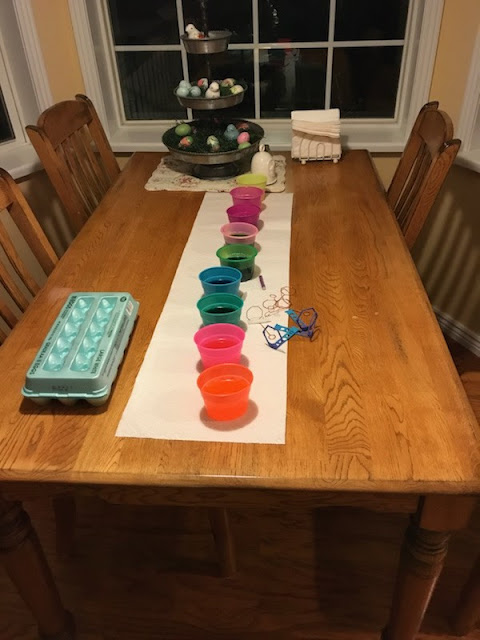 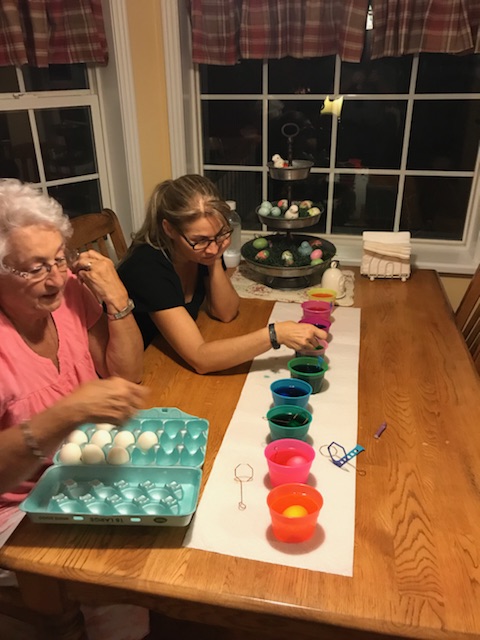 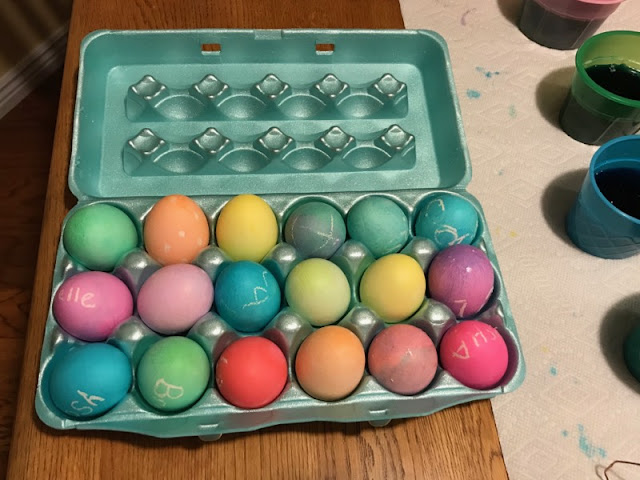 Anyway, we had plenty of eggs to devil for Easter dinner the following day, and, speaking of Easter dinner, Mom outdid herself this year!

She slaved over a hot oven all day Sunday, while Hugh, Queen B, and I worked on a few of Queen B's other restoration projects out in the garage. We appreciated her efforts and dug in with gusto, making sure to include the Man-Cub via FaceTime and Snapchat. He was naturally jealous of our feast, with the exception of the Brussels sprouts (his Snap on that matter was quite clear) 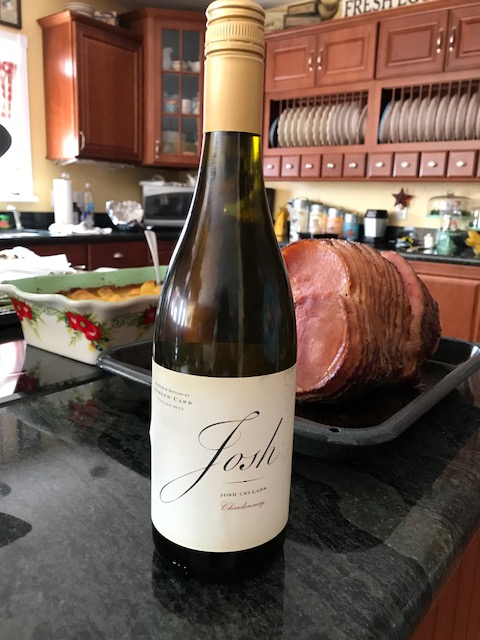 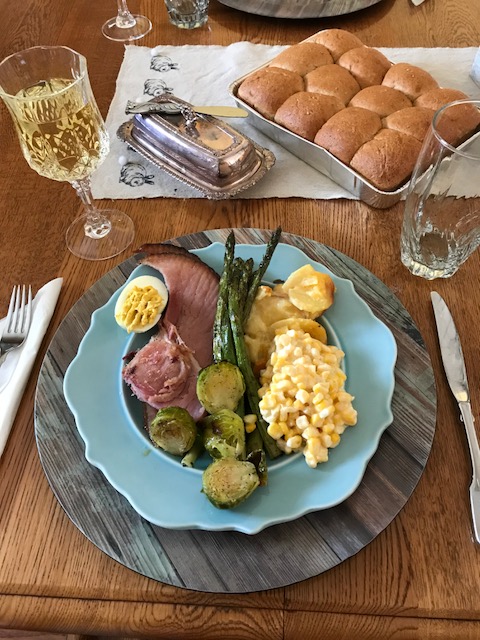 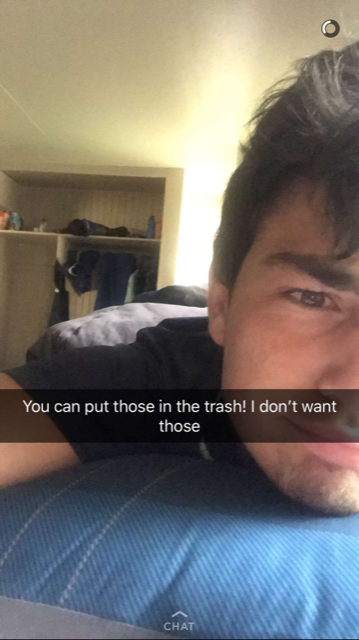 As I said at the beginning of this post, I ate like no one was watching! What I didn't say was that I will have to pay for it on the treadmill this week, but, that's a small price to pay for all-you-can-eat glazed ham.

The day (and the weekend) ended with the last glass of wine from the bottle pictured above. Today, Mom is headed back to Mayberry and I am headed to work. It's been really nice having her here and we will miss her.