If you've read here at all over the past year, you've probably heard me say that, since the Man-Cub decided to attend college in Hawaii, I have been inundated with references to, and reminders of, Hawaii. Well, the universe continues to send me thinly veiled assurances that the Cub is exactly where he is meant to be; this week, it came in the form of a pineapple plant that my co-worker found at a local nursery.

Pineapples in Colorado. What?! I have no idea if the fruit will ever grow large enough to eat, or, if the plant will grow another fruit after the first one is harvested. Actually, I have no idea if the plant itself will survive my horticultural ineptitude. Time will tell that story, but, in the meantime, having a little reminder of the island while he's home for summer break will be good for the Cub.

Speaking of the Cub, one of his favorite things to do with Rowdie, before he passed away, was to cuddle on the floor while watching television. I can't wait for him to meet Boomer; I have a feeling they will take to each other like Forrest took to Bubba (Forrest Gump reference!).

I know this happy dog sure has earned a place on my list of favorites. 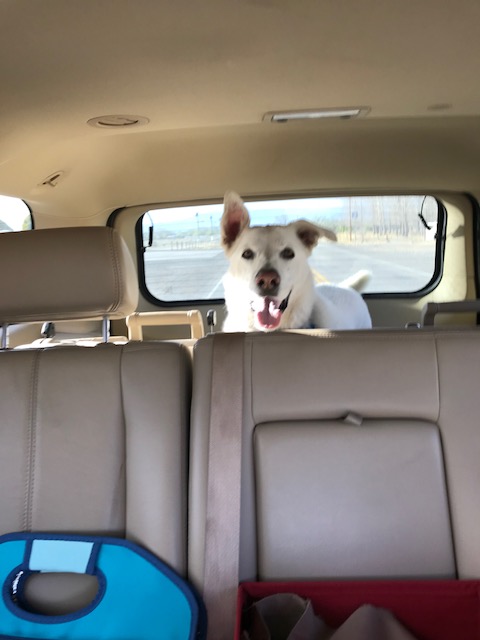 I'm looking forward to the Cub coming home for a lot of reasons, obviously, but, one of the biggest ones is the fact that I'll have my geeky movie watching partner back; Avengers: Infinity War and Deadpool II are right around the corner!

One movie that I know I probably won't be able to persuade him to watch is The Greatest Showman, which, I am embarrassed to admit, I just experienced for the first time, myself  (I have mentioned that I am always tardy to the party, right?). This is a tragedy because the movie is awesome! In fact, I added the soundtrack to my running playlist and my sessions on the treadmill have been invigorated. 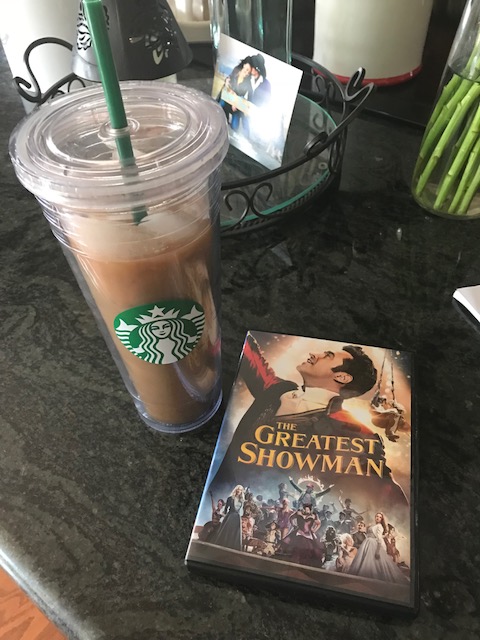 He sings! He dances! He kicks ass as Wolverine! Is there anything Hugh Jackman can't do?

The drink in the Starbucks cup in the picture above is a homemade iced coffee; I keep a pitcher of strongly brewed coffee in the fridge and, when I have a hankering for one, I just add almond milk, stevia, ice, and I'm good to go; it's saving me a small fortune over running to the Sbux drive-thru every time I'm jonesing.

On the topic of jonesing, since I gave up sugar, I've noticed that my tolerance for even natural sweeteners has diminished, which, I guess, isn't actually jonesing, it's the opposite of jonesing.

Anyhoodle, my newfound intolerance of sweetness has caused me to turn my nose up at a lot of the containers of yogurt that I used to enjoy. But, this french style yogurt by Yoplait is the bomb-diggity-not too sweet, just tart enough, making for a satisfying afternoon or early evening snack. 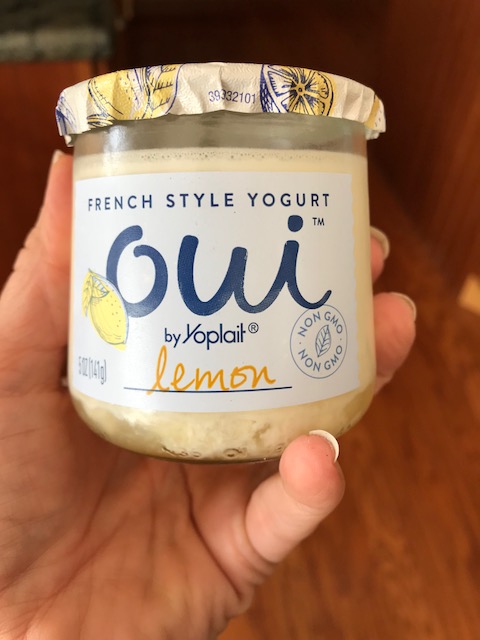 Plus, the little glass jar it comes in is ah-doooor-able! I'm saving them for the mini-trifle recipe that I am planning to serve at the Rodeo Princess's bridal shower in August. Additional plans for the shower include this design for the invitations... 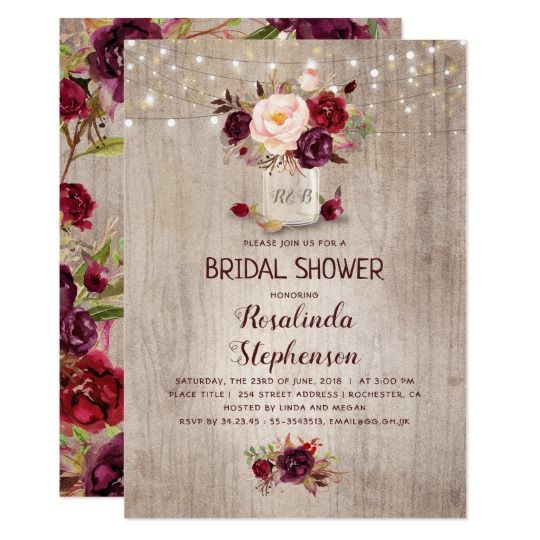 ...it incorporates her colors as well as the overall theme that the wedding will follow, so, I think it was a very good choice.

And, speaking of good choices, Queen B was accepted into the internship that she wanted; she will be working side-by-side with the head wedding planner at one of the nicest venues in Neighboring City. They are getting the best candidate for the position, hands down, and, I'm not just saying that because she is my daughter.

My favorite daughter.
Posted by Chelle at 9:02 PM