Earlier this week, I saw a Facebook post from our local animal shelter; the post featured a dog that looked strikingly similar to our long-lost police canine, Trooper. So, like an idiot, I shared it to Hugh's page, asking him who it reminded him of.

The next day, Hugh casually mentioned that he was thinking about stopping by the shelter to see if the dog was still there. I shrugged and told him to do what he had to do because, honestly, I expected the dog to have already been adopted; he was gorgeous after all.

So, Hugh went to the shelter and met the dog, who, had not been adopted as it turns out. And, of course it was love at first sight, which, led to a very lengthy and spirited debate between the two of us:

Hugh has a new dog.

Until the dog realizes that I am the one feeding him, playing with him, walking him, etc. Then,  guess I have a new dog.

I named him Boomerang. Boomer, for short.

Boomerang fit him, perfectly, because; I've never met another dog that likes to fetch as much as this dog does. He could seriously fetch alllll day long. No matter what you throw, he will return it to your feet and wait (NOT patiently) for you to throw it again. He comes back like a boomerang, every single time.

Boomer ended up at the shelter as a stray. He's about three years old, in good health, and has had basic obedience training; he sits, lays, stays, and comes on command. He can shake hands and he's really, really sweet. The shelter was notified that someone had seen him on Craigslist, offered for re-homing by his owner, but, when they contacted the person who posted the ad, he denied that the dog was his and refused to take responsibility for him, so, he was made available for adoption. Not quite sure what was up with that, but, his loss is our (Hugh's) gain.

One really interesting thing about Boomer is the fact that his claws are capped with plastic tips. I assume that is because his previous owner had wood floors, but, I've never seen that on a dog. Cats, yes, a dog? No. Odd.

Anyhoodle, this is the new love of Hugh's life... 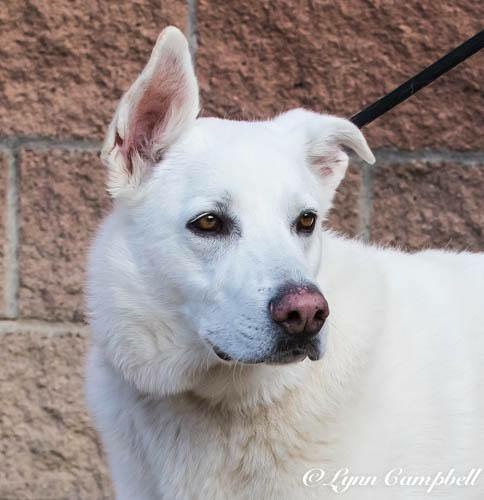