Ah, Monday, we meet again. Now, I know you get a bad rap, Monday, but, honestly? You may deserve it.

Anyhoodle, my weekend was busy and productive. I feel like I say that a lot lately, but, I also often say that I would rather be busy than bored, so...there's that.

Anyhoodle, again...Friday afternoon I got a wild hair and found myself purging and reorganizing my bathroom vanity. I hadn't done it in a while and it was past due. As is often the case, once I got started, the effort led to a plethora of unrelated chores that suddenly seemed equally important; one of which was a cleaning and reorganizing of the kids' bathroom cabinet. Apparently, it had been quite a while since I explored the inner most recesses of that space, as evidenced by the treasure I unearthed... 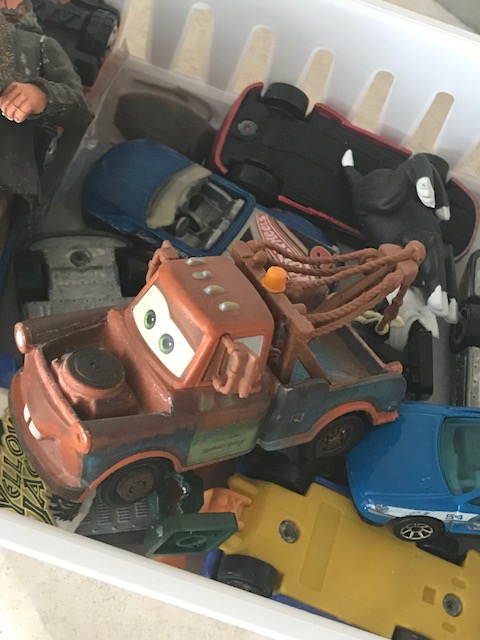 ...of course, that led to a trip down memory lane, back to a time when the Man-Cub could not be convinced to enter the tub without a full contingent of Matchbox cars, action figures, and various other playthings at the ready.

This led be to the Cub's room, where I planned to store the toys in the closet, which, left me with an itch to clean out and organize that particular space, as well (I resisted! The Cub will be home in two weeks! He can clean it out his damn self!).

This is how my housekeeping usually goes. True story.

Saturday, I entered my office/scrapbooking room to grab something and it occurred to me that that particular room could also use another tidying up, so, I got started on that chore, organizing the items that I have been collecting for the Rodeo Princess's shower and moving the new items that I have recently purchased for use on the porch into the mudroom, where they will languish until such time as I get the energy to pressure wash and organize the porch for the season.

I didn't even have the room finished before I had moved on to actually scrapbooking (in the scrapbooking room, what?!).

See how I roll? I'm all over here like, squirrel!

But, I managed to knock out several pages for Queen B's scrapbooks; I'm now up to the spring of 2012! Go, me! When I texted the Queen  pictures of my progress, she was duly impressed. 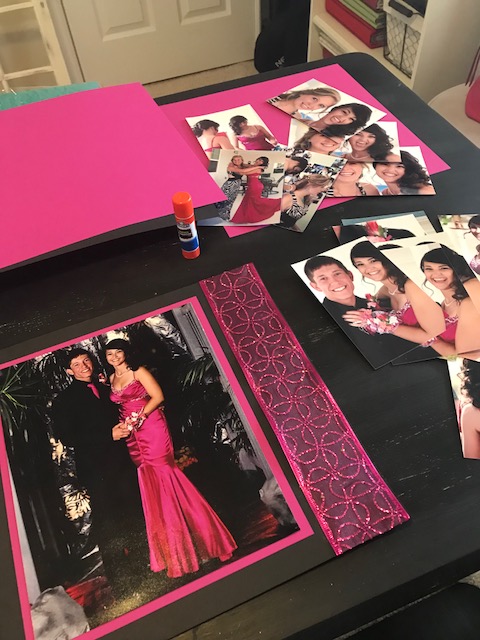 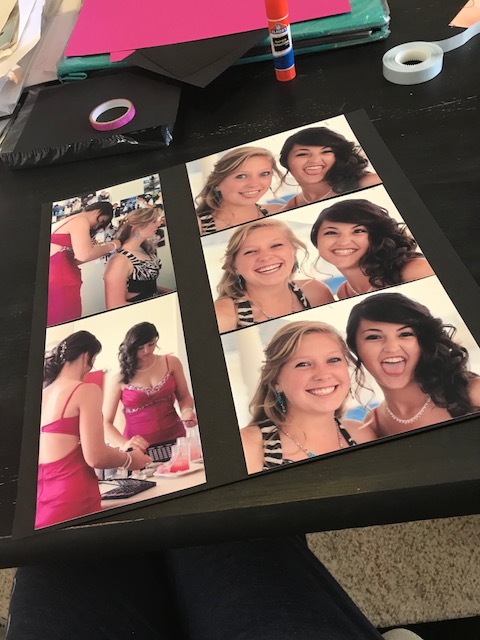 She also reminded me that, back in 2012, she was a sophomore in high school and, now, she is a college senior, so, I shouldn't get too full of myself and my awesome progress.

Yesterday, I spent a little more time on the scrapbooking before getting bored tired, at which point I loaded the dog up in the car and set out for the park to play fetch. It was an absolutely gorgeous day, and, I really should have been power-washing the porch (as mentioned previously), but, Hugh was out of town at another wrestling tournament, and, I am accident-prone under the best of circumstances, so I didn't think I should risk our new power-washer with my ineptitude, so, I skipped the job.

Besides, the dog needed exercise. Although, given the fact that he only fetched the ball a handful of times before jogging right past me and waiting patiently at the back of my Tahoe, like, "come on, woman! Time to go lay in the shade!", I guess he would beg to differ.

Later in the day, I met with the Booster Club scholarship committee to screen the applicants for this year's awards as well as to put the finishing touches on plans for the up-coming Senior Sports Banquet.

By the time we were finished, Hugh had arrived home, and, I spent the remainder of the evening lazing about on the couch with this one hanging out over my shoulder.. 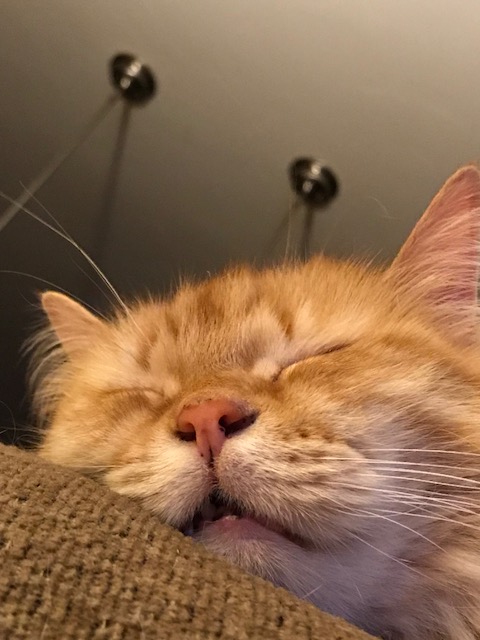 ...I don't know why he was so tired; it's not like he had cabinets to organize this weekend.

Happy Monday, friends.
Posted by Chelle at 7:30 AM