I just spent four days completely unplugged; we're talking no television, no internet, no telephones, minimal contact with the outside world. People? I didn't even wear my Fitbit.

So, how can I say that I was completely connected all weekend long? Easy: I spent time with friends, listening, talking, laughing, reminiscing, sipping adult beverages, basking in the sunshine, feeling the sting of lake spray on my face, and, relaxing. Totally. Completely.

That's how it goes on Girls Weekend.

So, about that weekend; I rolled out of Petticoat Junction around noon on Thursday, arriving in the Town of My Alma Mater a few hours later. The drive requires me to navigate one of the most picturesque mountain passes in the state; it's also the most dangerous, which, adds a bit of excitement to the experience. I would have stopped to take pictures, but, there is literally no shoulder on which to pull over, and, with sheer drops, hundreds of feet down, it's better not to attempt photography while driving. Hell if I was going to miss my weekend by plunging to my death.

My first stop was Jules' house, where we visited until it was time to pick Reece up at the airport (she flew in from Phoenix), then, we went to dinner at our favorite restaurant from the college days. I had the chicken taco salad and a margarita, and, it tasted just as amazing as I remembered. 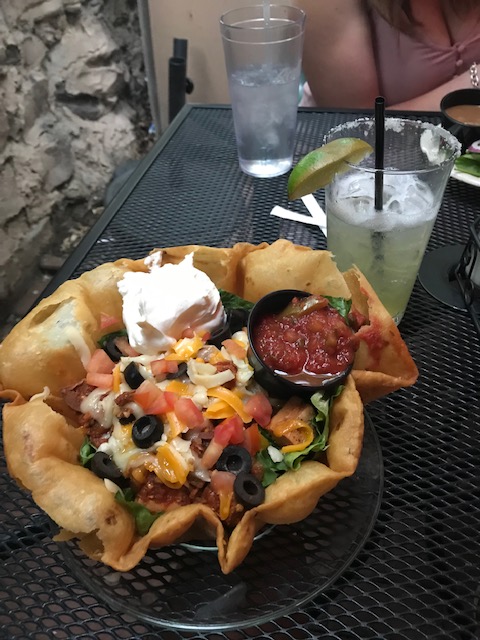 After dinner, we went back to Jules', where we enjoyed cocktails in the new wine tumblers that she had purchased for each of us (I'm not the only one who knows that a party requires swag!). Then, it was off to dreamland. 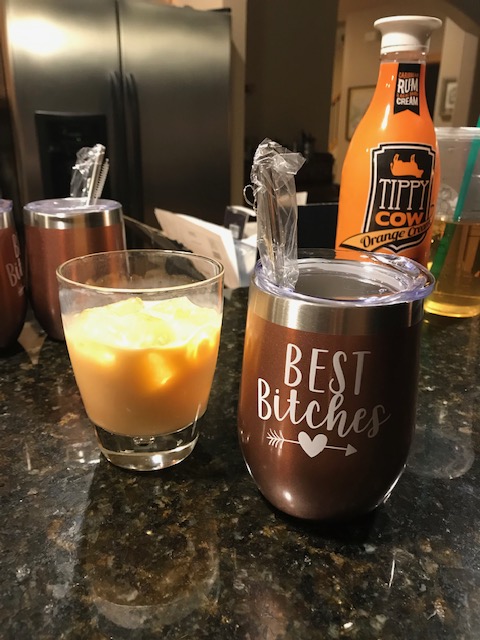 Friday morning, we met Tee at her house (she had a work function the night before, and hadn't been able to join us for dinner), toasted with mimosas, and headed to the grocery store for supplies for the weekend. 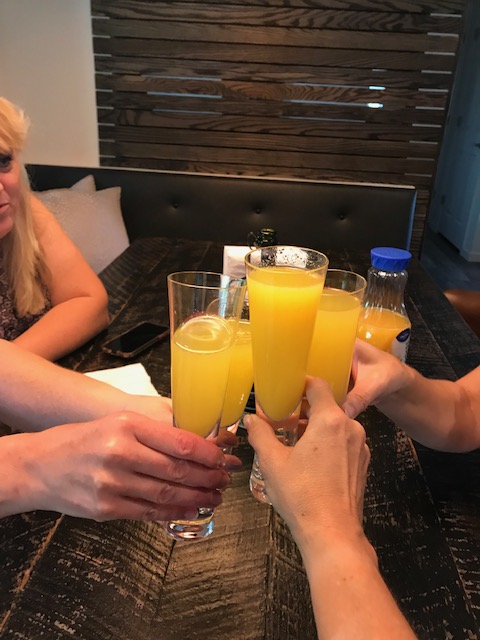 We also grabbed a few things at the liquor store (shocker), as well as a couple of pounds of carne asada from the specialty butcher (we like to eat well when we drink, I mean, who doesn't?), then, we loaded up the camper and headed to the lake, where Tee's boyfriend went about hooking up the various amenities (water, sewer, etc.) before bidding us a fond farewell and begging us not to wreck his boat (ha!).

We had camp pretty well set up when Phoebe finally  rolled in (she had to work Friday morning), and, at that point, we were complete. The rest of the weekend involved boating (spoiler: we didn't wreck the boat!), floating, late nights, even later mornings (ahhhh, sleep!), practical jokes, inside jokes, a little harmless flirting with older men and boys young enough to be our sons (we are equal opportunity flirts), and maybe a few leaked bodily fluids. Blood? Sweat? Tears? Pee? I'm not telling (all of the above). 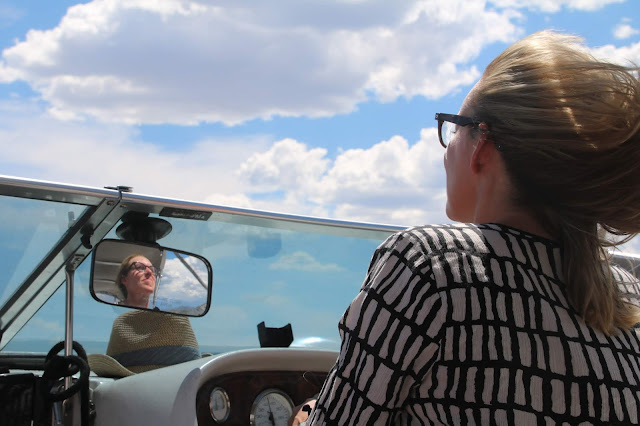 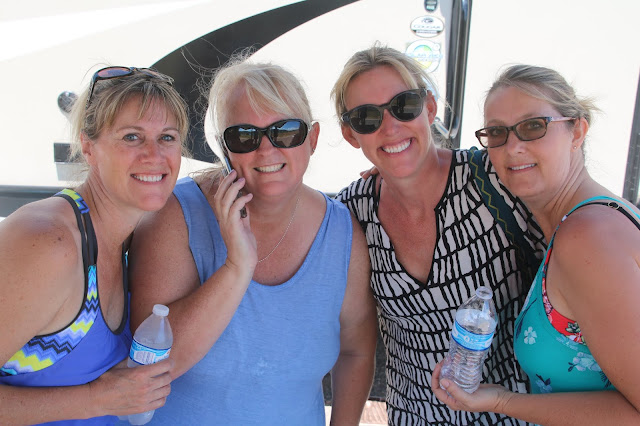 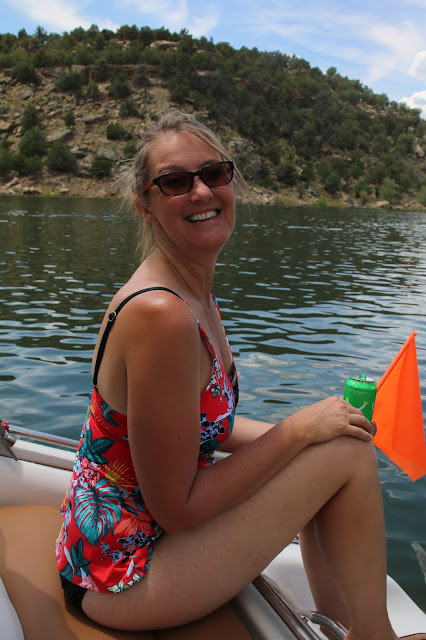 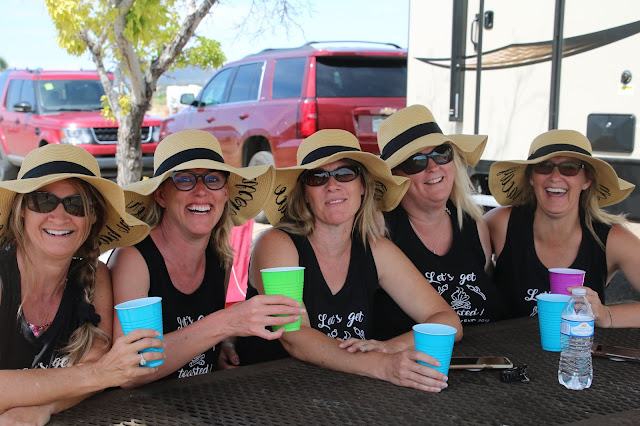 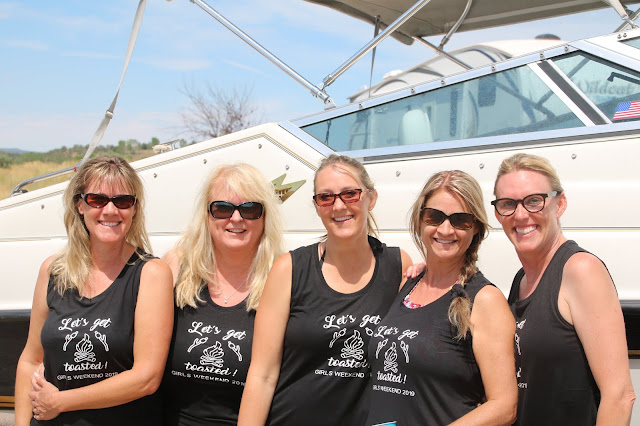 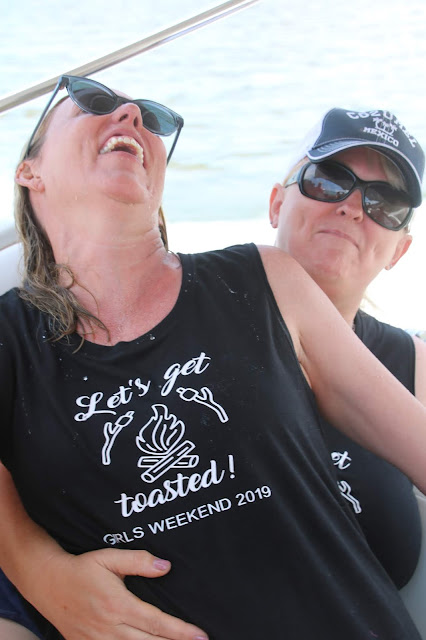 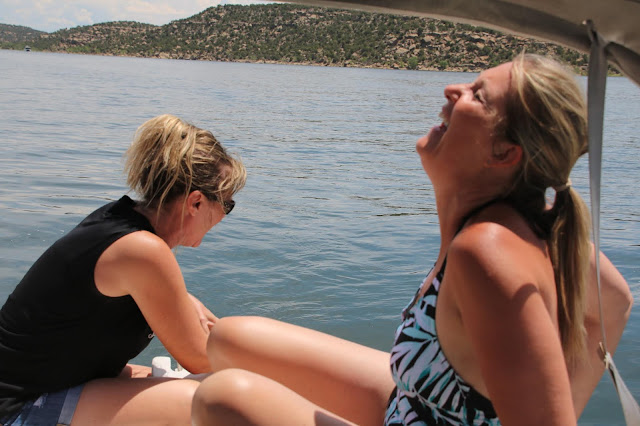 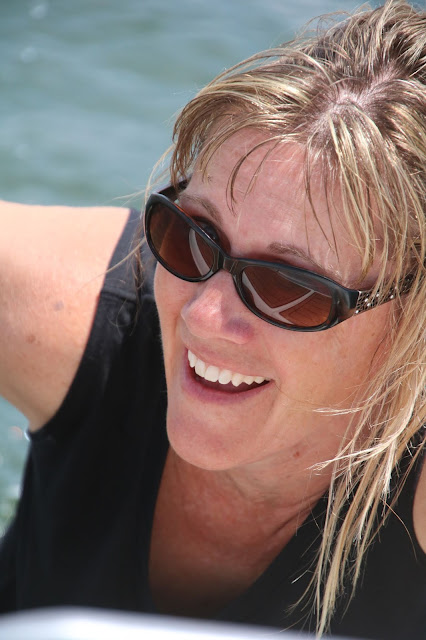 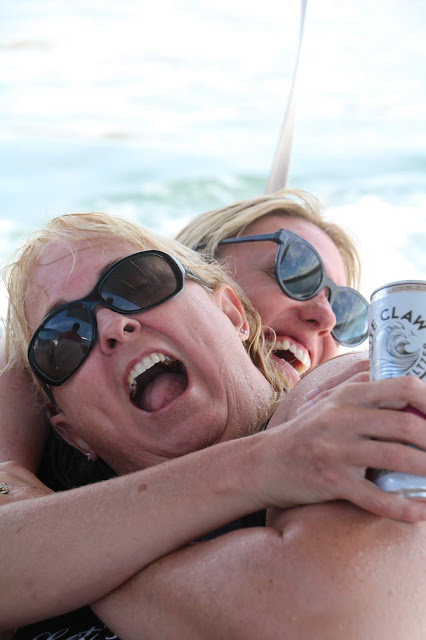 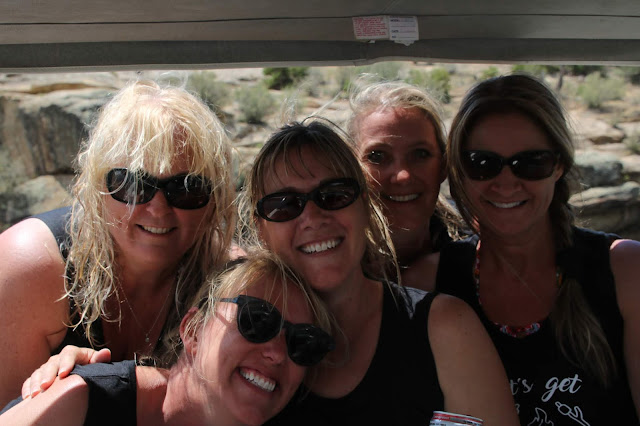 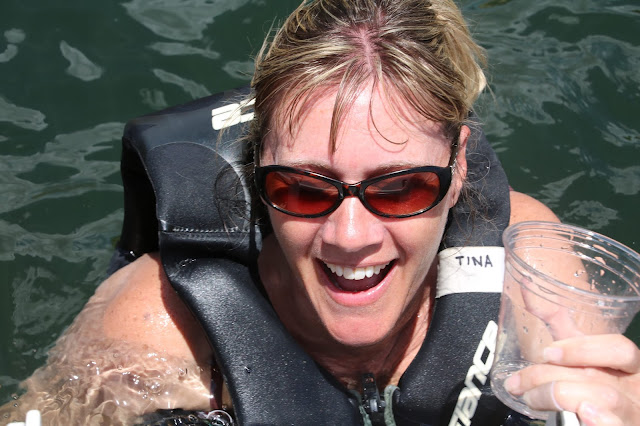 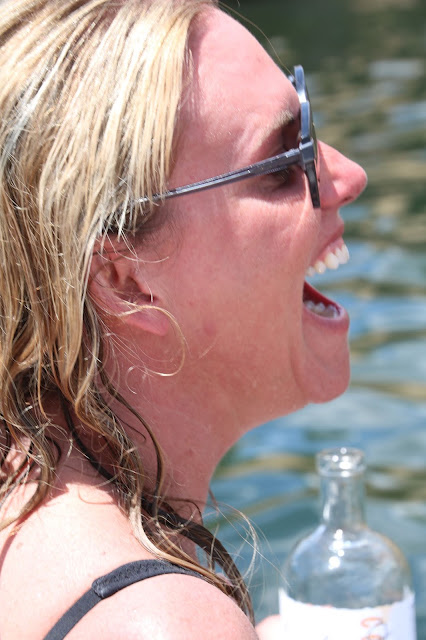 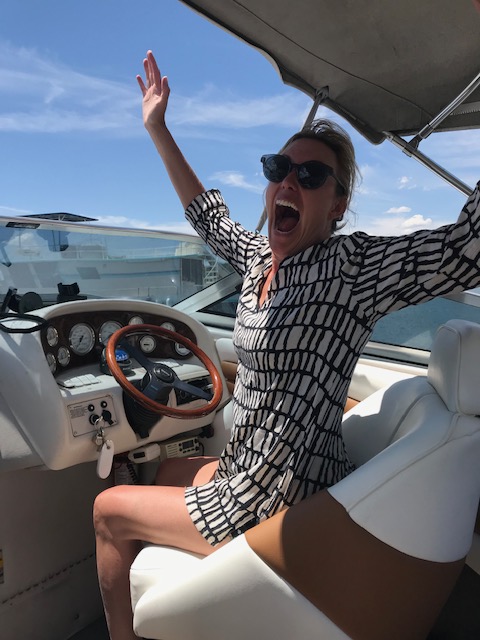 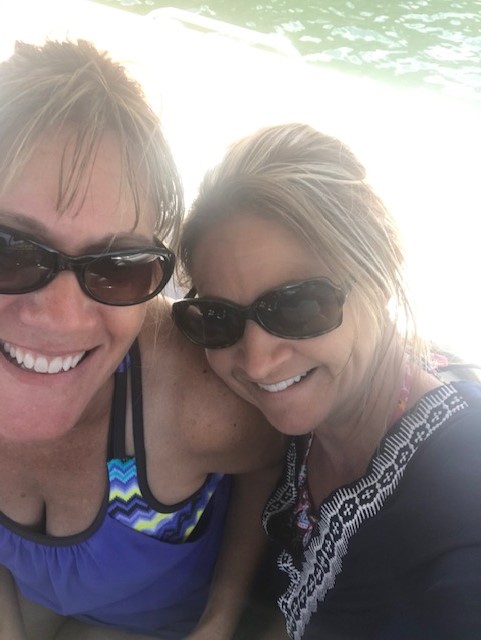 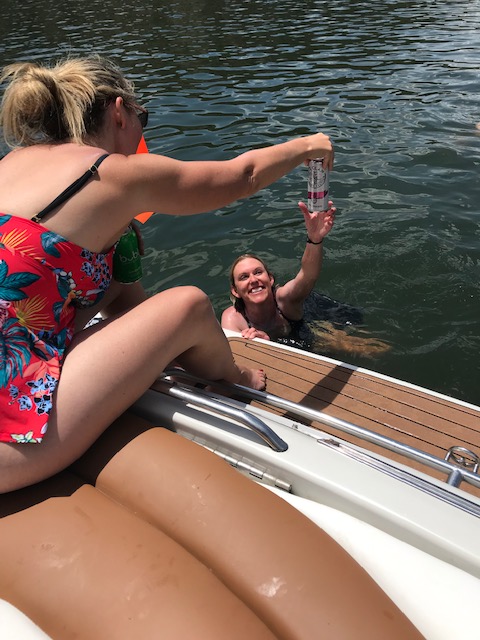 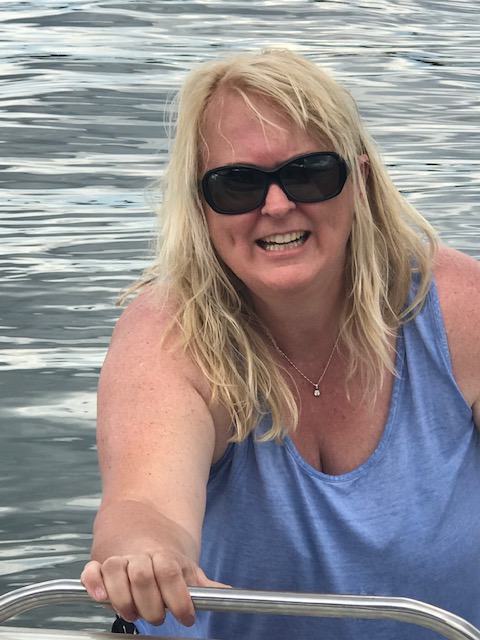 We ended with a harsh scolding from the Parks Service and a $100 fine for overstaying our welcome in the campground (12:00 checkout, who knew?!).

We also ended with recharged batteries and an even stronger connection. And we did it completely unplugged.

I love my Girls.