Yesterday, Co-Worker Erin, ex Co-Worker Kristi, and I donned jaunty floppy hats, jumped in the car, and drove down the road to a lavender festival located in the north fork of the valley in which we reside. 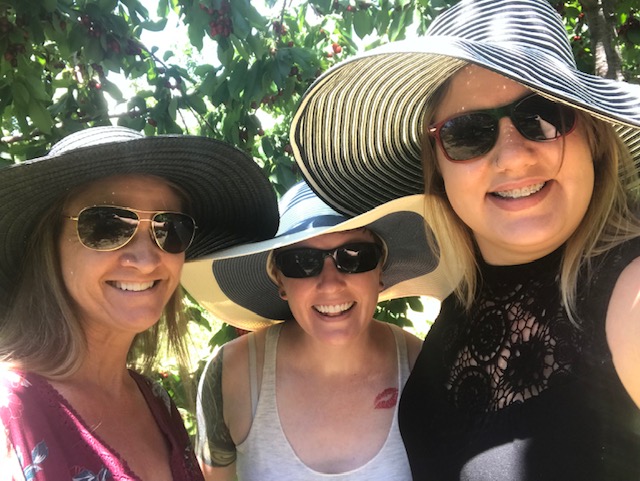 As an aside, they suggested that I stop referring to them as co-worker and ex co-worker and simply refer to them as The Lesbians, to which I replied, "So, you assume you're my only lesbians friends?", and they were like "Are we not?", and I said, "Actually, no, but; if you want to be referred to as THE Lesbians, THE Lesbians it shall be".

THE Lesbians and I had a great day exploring three lavender farms, where we learned a great deal about the growing of lavender, the distillation process of lavender oil, and the numerous ways to use lavender in cooking and baking. 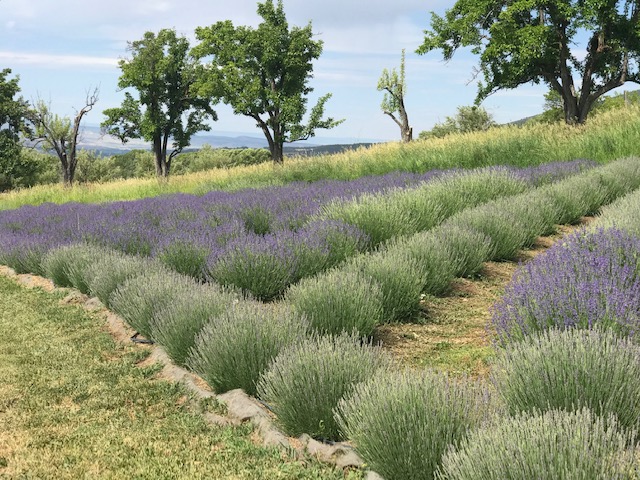 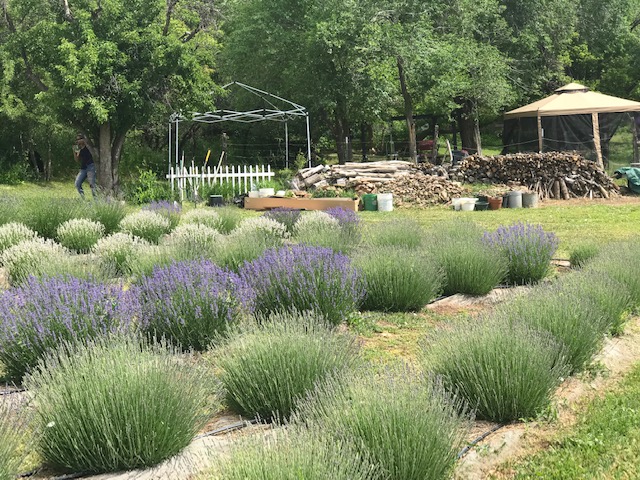 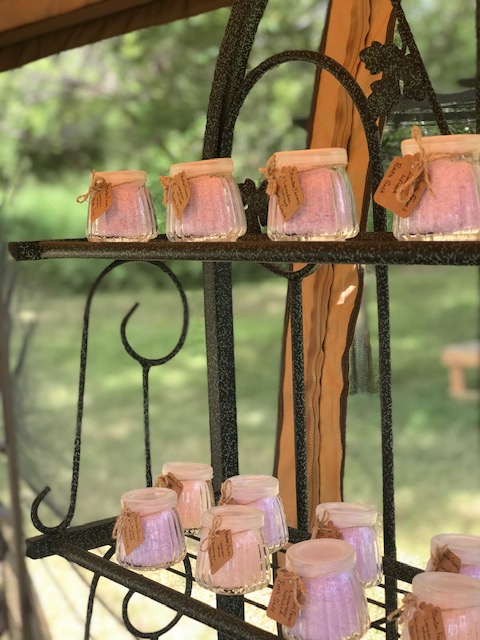 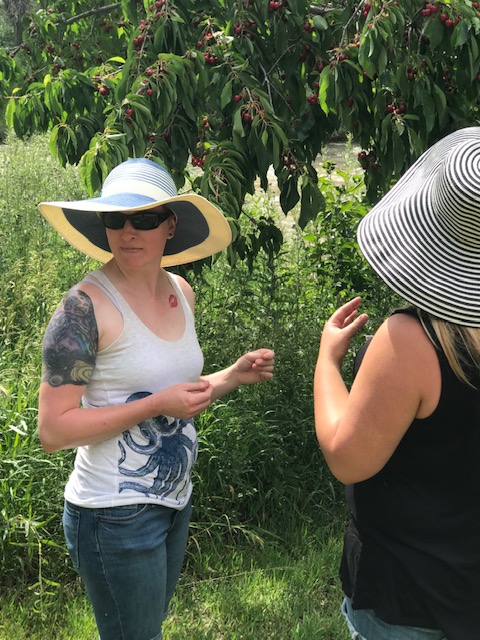 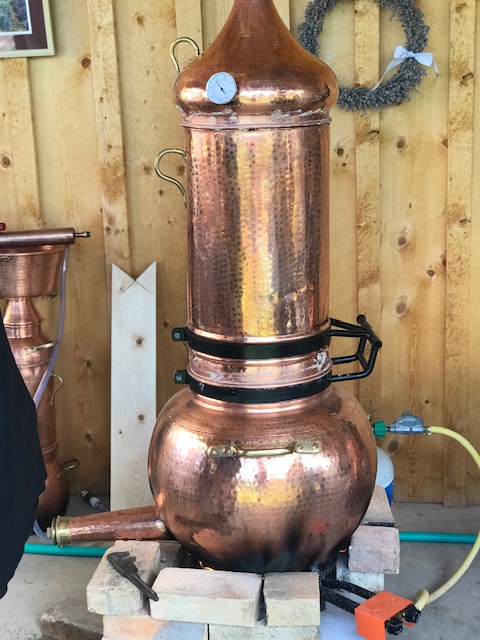 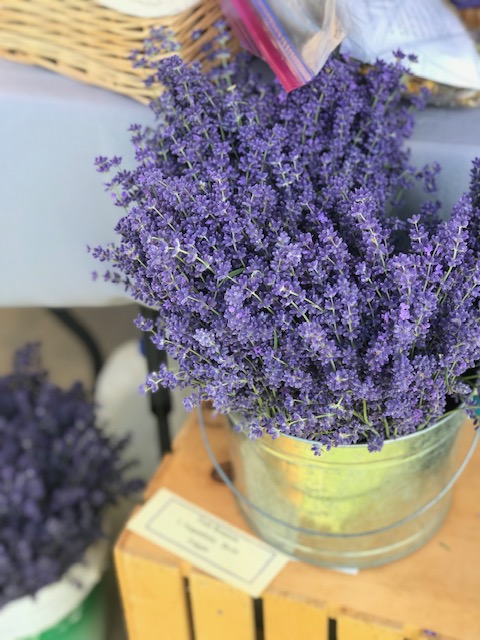 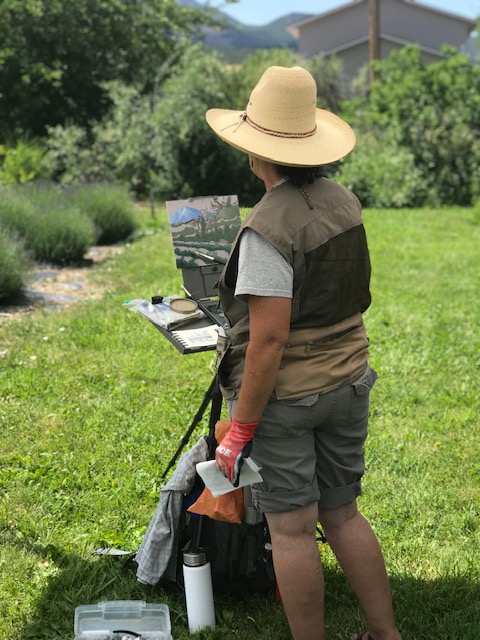 We also had lunch in a cute little diner, where I experienced a classic Monte Cristo for the first time. 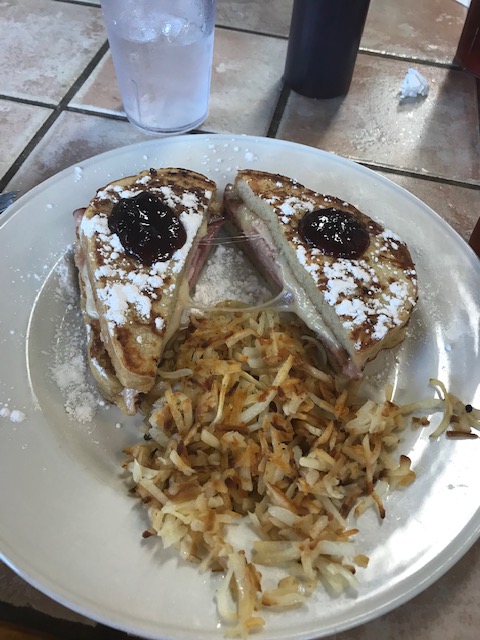 I was equal parts curious and hesitant to try the savory and sweet item, but, decided that I could easily deconstruct it into it's various flavor profiles if I didn't enjoy them combined. I needn't have worried; the combination of salty ham and Swiss cheese with the sweet tang of powdered sugar and jam were perfectly balanced with the hand-battered french toast, making for an amazing flavor explosion in my mouth. I am now a huge fan of the Monte Cristo.

After lunch, I took THE Lesbians to the winery where I had photographed Queen B for her college graduation pictures this past fall; THE Lesbians were delighted with the wines, handmade olive oils, and local balsamic vinegars on sale at the little shop next to the vineyard, and, we all made purchases before getting back on the road to our last stop: a fruit orchard where we were able to pick our own cherries. 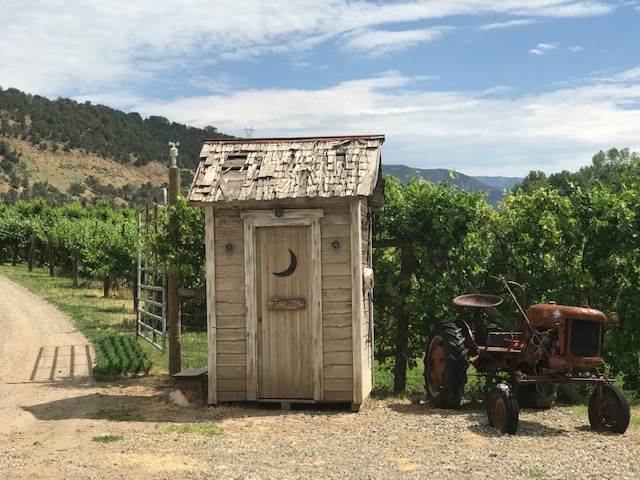 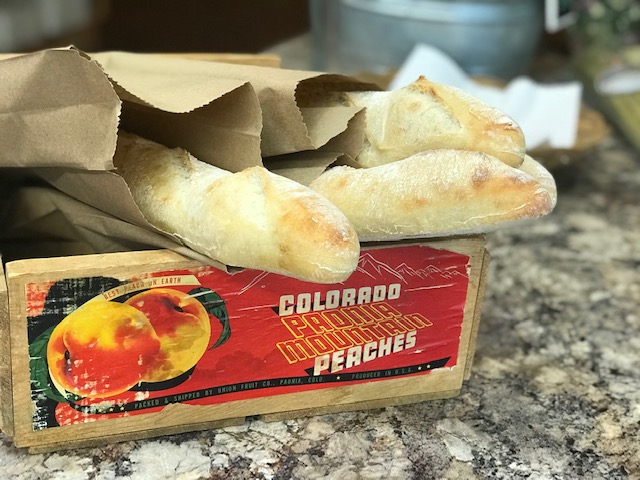 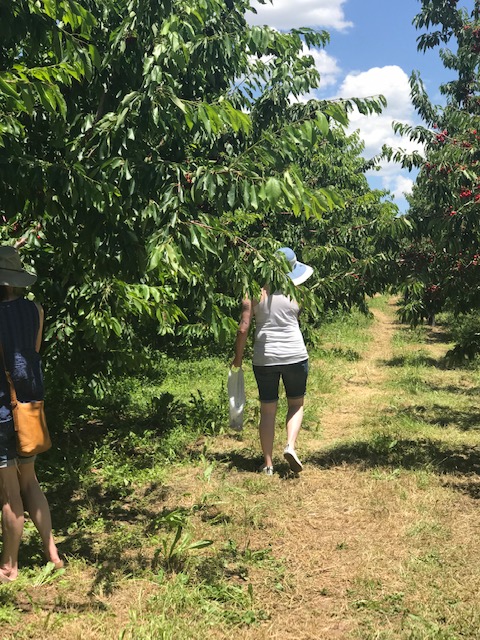 Then, fully loaded down, we headed back toward Petticoat Junction, where we said our goodbyes. It was a really relaxing way to spend a Sunday morning, and, I was energized for the rest of my day, which included laundry, housekeeping, hardware store chores, and dinner making with Hugh, who returned from a weekend trip to Mayberry, where he installed Mom's new security system that allows us to spy on whomever is coming into her house. Not quite sure she had that particular aspect of the system in mind, but, hopefully it gives her additional peace of mind.

And, that was it for my Sunday. THE Lesbians and I are on the lookout for our next fun adventure, and, meanwhile, I will be attempting to recreate a classic Monte Cristo at home.

On a somewhat related note; I wore a romper to the lavender festival. I haven't worn a romper since I was, oh, twelve or so, and I was a bit nervous about it being too young for me to pull off. THE Lesbians gave it two thumbs up, as did Queen B, when I sent her a Snapchat requesting her approval. When he got home, Hugh also gave high marks to the look, so, I guess I am now approved for  romper-wearing. 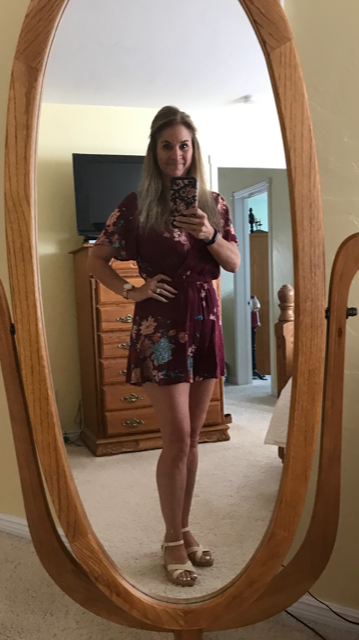