Sometimes, They Do Something That Makes it All Worthwhile

So, parenting, it’s hard, yo. Kids can be ungrateful and demanding and whiney and, well, rotten. They take for granted the things we do for them, the sacrifices we make for them and the hours we spend on them but; on rare occassions, they say or do something that makes it all seem better.

Today, was one of those days.

I think I’ve mentioned a time or two that The Teenager was conceived while on a trip to our nation’s capital. If I haven’t mentioned it, here, I have certainly mentioned it to The Teenager and, every time I do I am met with an exaggerated eye roll, a disgusted sigh and wailing that only dolphins can hear but that sounds something like “Ewwww!!! Stop talking about sex!”

Then, she closes her eyes tightly and mumbles something about rainbows! And, Unicorns! And, puppies! Before wandering away to chew on her hair in the corner; it’s a pattern that I’m certain we will be discussing with her therapist in about twenty years.

And, I digress although, the information will be pertinent in about a minute, I swear.

So, on what will seem like a completely different topic, the Fifth Grade is going on its’ annual field trip to Mesa Verde National Park next week.

Hugh and I both attended the field trip back when The Teenager was in the fifth grade and wanted to do so again this year, with the Man-Cub. Since the trip is so popular with the parents and kids, chaperones are chosen through a lottery system and, Hugh was among the lucky. When The Teenager went, it was I who was chosen and Hugh accompanied us on the trip, paying his own way while helping out like a regular chaperone which, is exactly what I intend to do this year.

A mother of one of the Man-Cub’s classmates was also on the trip the year we went with The Teenager and she was not chosen in the lottery this year but, as she told me today while browsing in the Variety Store, there had been a parent who backed out of the responsibility recently and she had been more than happy to take the spot, such is her spirit of volunteerism.

Then, she asked me if Hugh or I was going and I explained that, while Hugh was chosen to chaperone, I would be going along as back-up, like we did a few years earlier. She said, and I’m quoting here; “I thought about doing that but I didn’t want to be one of those parents”. 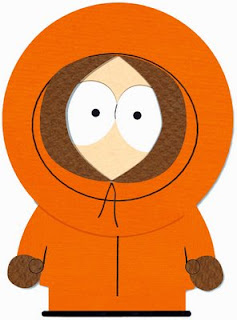 What the fuck did she jut say?
Although I'm certain I looked mortified, I decided not to take it personally because I have learned, in my 41 years on this Earth, that some people simply have no filter between their brains and their mouths.

Or, brains at all.

Anyway, her next topic of discussion was the Ninth Grade’s upcoming trip to D.C and, she made a concerted effort to show her obvious superiority over us by loudly declaring “I’ve been there” to which The Teenager, my teenager, the child who can hardly stand to be seen with me in public lest I embarrass her in front of her friends, replied “Yeah? I was conceived there.”

Guess who's getting a pony for Christmas.
Posted by Chelle at 4:16 PM