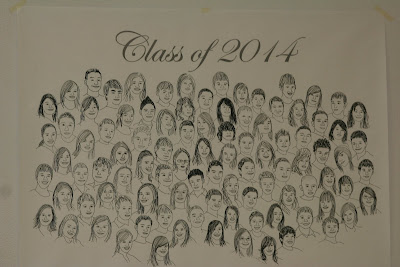 Also, I was too busy juggling the activities of the children (decorating for the continuation ceremony, annual Walk-a-Thon with the Man-Cub, etc.) to even think about my past, let alone write about it. But, today is Saturday and I’m back in the game, so to speak.

And, on the topics of games; the Man-Cub’s team finally won one last night. I only got to see half of it but, what I saw was exciting if not extremely wet. Seriously, it rained from the first to the last inning and the kids played through it all. The Man-Cub had a great night as far as his pitching went and it was really nice to see the team rewarded with a win.

Meanwhile, The Teenager was basking in the glow of her Continuation festivities. She and her friends gathered at the house for pictures. Some of their parents came along and we spent our time wailing over how quickly they are growing up; there may have been tears but, we swore a vow of secrecy so I can neither confirm nor deny that allegation.

I can tell you that we all agreed our ovaries have turned to dust and the idea of taking long afternoon naps is no longer quite so remote.

And, I digress; back to the youngsters. 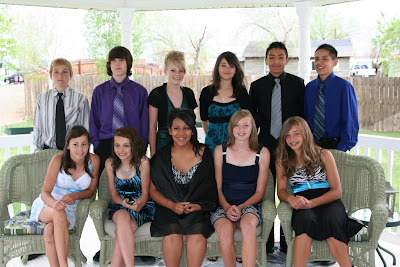 So, yes, many pictures were taken before we loaded the group up into three cars and headed for the school where we were treated to a ceremony involving the above-mentioned F word, 89 times.

After the parade of “graduates” received their certificates and all the appropriate speeches were made, the Father/Daughter, Mother/Son dance happened and, again, there may have been tears. Either that or there was an awful lot of dust in that room and it kept getting into adult eyes. 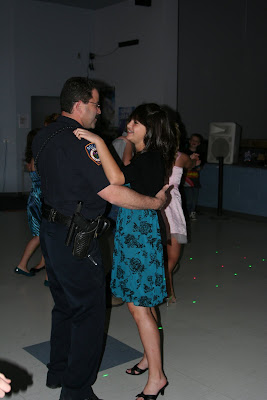 Finally, the dance was over and Hugh and I left The Teenager in the capable hands of her new dance partner (did I mention that he brought her a flower when he came to the house for pictures? A flower, ohmygawd, my teeth ache from the sweetness) and we headed to the ballpark to catch the last of the Man-Cub’s game and to wring out his uniform once it was over.

Then, as predicted, I went home, had Hugh crack open a bottle of merlot and I eventually slipped into a drooling coma on the couch. In my defense, it had been a long couple of days and, to reiterate, it was a coma, not an old-lady nap; my ovaries might have disintegrated from old age but I am not quite to the afternoon nap stage.

P.S. For all you grandparents out there (you know who you are), a full set of pictures can be found here.
Posted by Chelle at 10:06 AM