If You’re Going to Cheat on Your Wack-Ass Diet, Do It on Porch Night 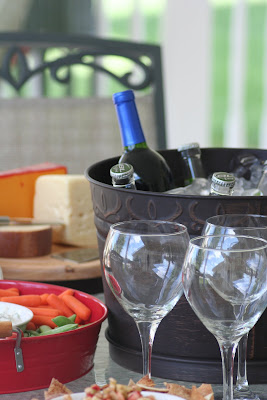 Last night we hosted the first official Porch Night of the season and, when it was over, we couldn’t imagine why we had waited so long, other than the usual things that get in the way including crappy weather, busy schedules, illnesses and accidents. You, know, life.

Anyway, we finally did it and it was wonderful. 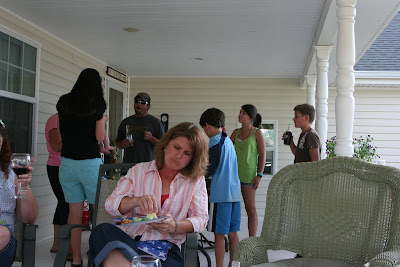 The weather cooperated, we had a full house, er, porch and, the food? Oh my gawd, the food was amazing and, I’m not just saying that because I have been strictly observing Jana’s Diet From Hell, including the ban on wine. 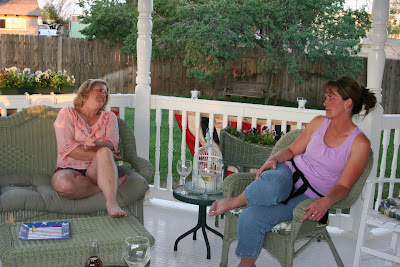 Last night, I indulged in a little bit of everything, including the wine and I don’t regret it in the least. I also don’t regret inviting the Bunco Ladies, with whom we had so much fun and, not just because one of them brought along her new baby who is, without a doubt, the cutest baby in the history of Porch Night. She is also the only baby in the history of Porch Night but that doesn’t detract from her adorableness in the least. I’m sure you will agree. 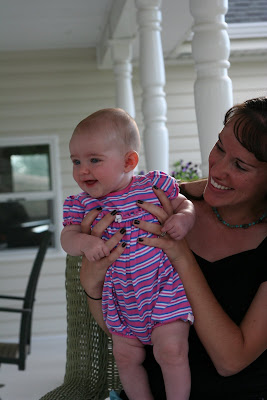 While the adults and, I use that term loosely… 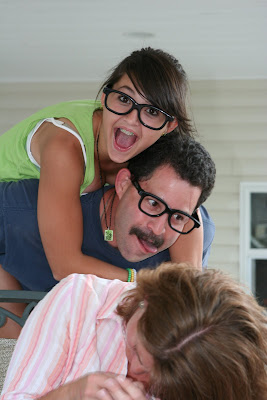 …were enjoying wine and good conversation (including a spirited debate on the hotness of Harrison Ford which I still don’t get so, you can guess which side of the debate I came down on), the children rode bikes up and down the hill in front of our house, skateboarded on the driveway and jumped on the trampoline. Except for the Man-Cub who is, of course, still broken. 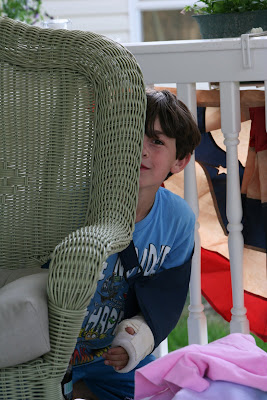 Not to worry, he and Darren made their own mischief, as usual.

Hugh and the other husbands in attendance manned the grill in the backyard and discussed manly topics over beer. I would elaborate but, I have no interest in manly topics unless they involve me somehow getting the landscaping done in the front yard and; I’m pretty sure that topic wasn’t on the agenda.

By the end of the evening we were all slightly buzzed, completely stuffed and quite relaxed which, is the Trifecta of a perfect Porch Night. 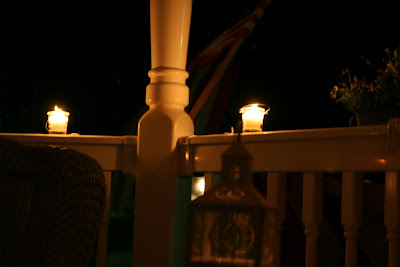 We also agreed that we wouldn’t wait so long for the next one which means, another opportunity to cheat on my wack-ass diet which is cause for celebration in and of itself.
Posted by Chelle at 8:56 AM